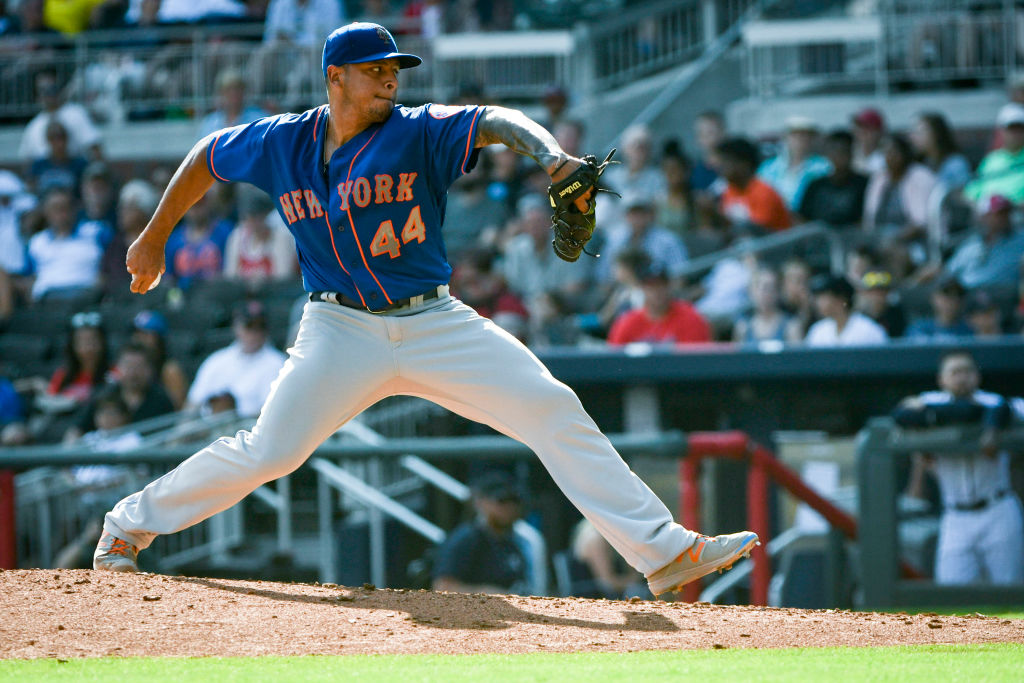 Now that the 2017 season is over for the New York Mets, we have been looking back at the year that was. After taking a more general view of the offense, pitching, and coaching staff, it’s time to take a look back at the Mets’ players. This series will take a look at every player on the active roster for the Mets at the end of season from A (Nori Aoki) to W (David Wright). The review will look at their season statistics, stories, and what role (if any) they will have next season. We continue our series today with a look at relief pitcher A.J. Ramos.

ATLANTA, GA – SEPTEMBER 17: AJ Ramos #44 of the New York Mets pitches against the Atlanta Braves in the ninth inning at SunTrust Park on September 17, 2017 in Atlanta, Georgia. (Photo by John Amis/Getty Images)

Story: A.J. Ramos began 2017 entrenched as the Miami Marlins’ closer, and he pitched well for them, racking up 20 saves in 22 opportunities over the first four months of the season. That didn’t stop Miami from shopping Ramos, and they dealt him to the New York Mets just prior to the trade deadline for a pair of prospects. Ramos assumed the closer’s chair for the Mets after they dealt incumbent Addison Reed for the Boston Red Sox, and he filled that role for most of the season’s final two months. Things got off to a good start for Ramos, who pitched to a 2.31 ERA and recorded six saves for the Mets in August, but he had a rough September. Ramos appeared in nine games for the month and was lit up in two of them, contributing to a 7.11 ERA for the month. Injured closer Jeurys Familia was back by that point and ended up taking the closer’s job back from Ramos before the season was over, setting up the dynamic most expect the Mets to carry into 2018.

Ramos has the ability to be a shutdown late inning reliever, as demonstrated by his track record with the Marlins, but his transition to pitching in New York was bumpy to say the least.

The Mets didn’t trade two prospects for Ramos in the middle of a sell off in order to not use him in 2018. Ramos figures to replace Reed as the primary setup man for Familia and will look to pitch well in his walk year. The Mets will need to add more arms to support those two, however, in order to avoid burning out their best relievers too quickly.

Check back tomorrow as our Player Review Series continues with a look at infielder Jose Reyes!