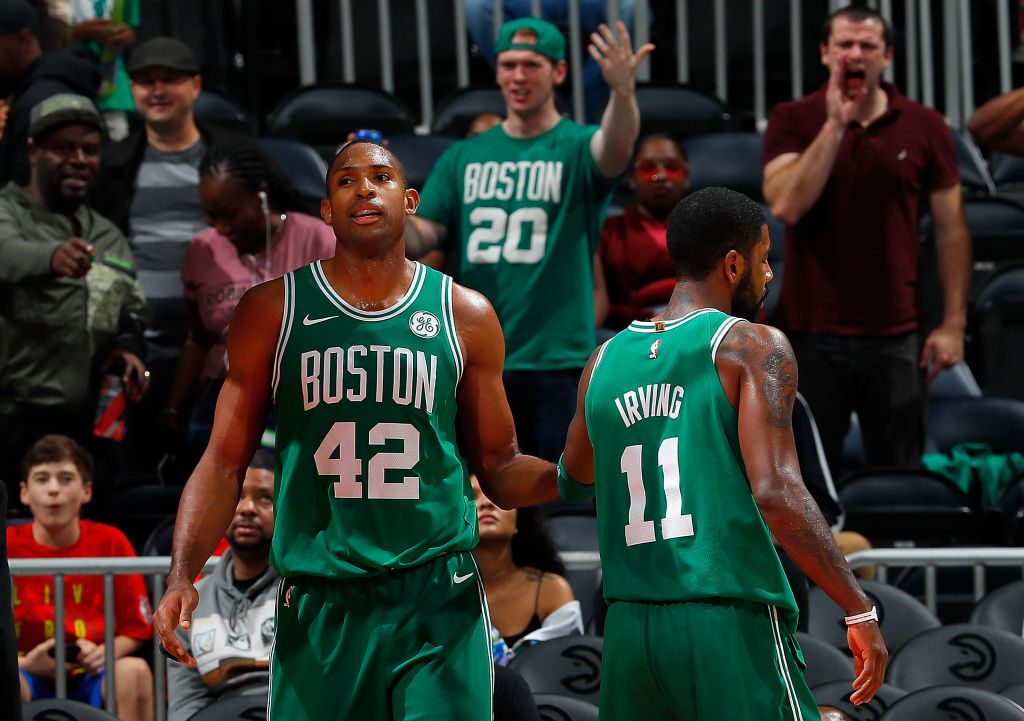 When Gordon Hayward suffered a gruesome leg injury on opening night in Cleveland, it appeared the Boston Celtics’ lofty hopes of winning the Eastern Conference were thrown out the window. They followed up their opening night loss to the Cavs with a hangover loss to Milwaukee, which only further that claim.

However, the Celtics have since put together a remarkable stretch of 11-straight wins, including victories over the San Antonio Spurs, Oklahoma City Thunder and getting revenge on the Bucks. There has been a lot behind Boston’s turnaround, including a number of players who have stepped up and incredible defense.

Aforementioned, the most surprising aspect of this season has been the remarkable success of the defense, despite losing arguably their two best defenders in Avery Bradley and Jae Crowder. This season, Boston is only giving up 94 points per game to opposing teams, which is first in the NBA.

Filling in Jae Crowder’s role is rookie Semi Ojeleye, who has already been tasked with guarding Giannis Antetokounmpo, Kristaps Porzingis, and even LeBron James.

The second-round pick has had fabulous success early on this season and owns a defensive rating of 102, which is around the league average (something that rookies routinely struggle with).

However, the best defensive player on the Celtics has been Al Horford. Horford is playing arguably the best defense of his career, with a defensive rating of 96 and a career-high 3.8 Defensive Box Plus/Minus.

Although the biggest criticism of the Celtics last year was the lack of interior defense and rebounding, Horford has taken a giant step forward sharing the floor with either Marcus Morris or Aron Baynes.

Beyond that, the emergence of Kyrie Irving has been perhaps the biggest revelation of them all. Irving was once considered a defensive liability in Cleveland, even ending with a career-worst defensive rating of 112 per 100 possession.

This season, Irving not only has a career-best defensive rating of 96, which is above the league average but also leads the NBA in steals with 25.

In addition to those stats, this is the first season of his entire career where he has a positive Defensive Box Plus/Minus (1.1). Head coach Brad Stevens has clearly been a positive influence on Irving, who is relishing the opportunity to lead by example in Boston.

Ultimately, it appears as if defense is going to be the long-term identity going forward for this team. Every player on the roster has a role and is contributing their fair share. This includes rookies, stars, and veterans, and there appears to be a sense of early unity on the team.

The level of defense Boston is playing with, should carry them towards success and potentially set them up for a title run in 2019 with the return of Gordon Hayward.