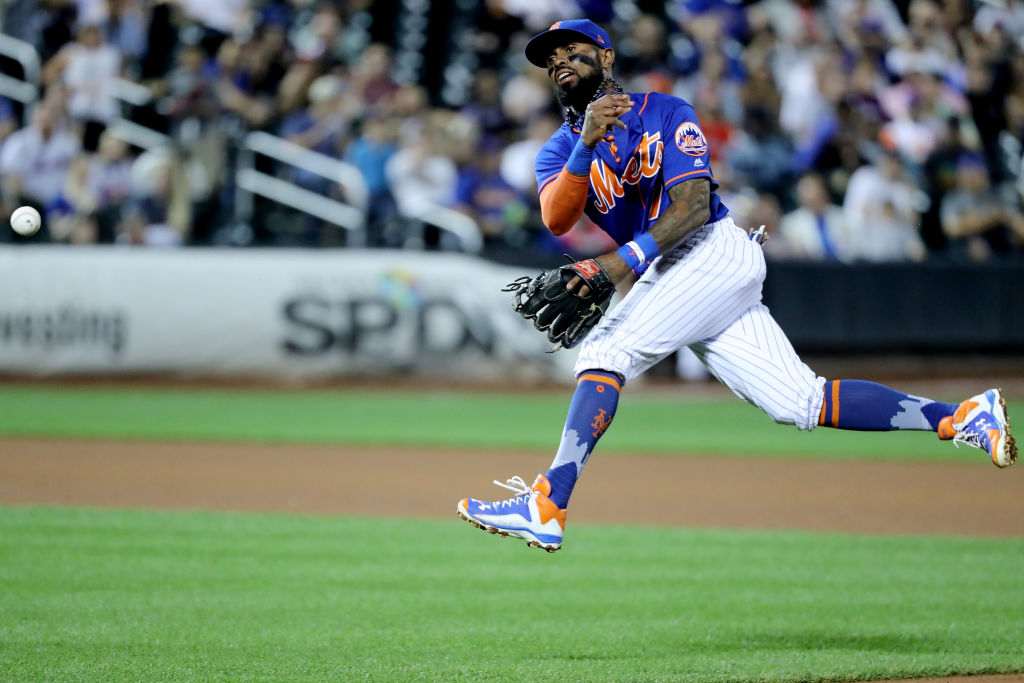 Now that the 2017 season is over for the New York Mets, we have been looking back at the year that was. After taking a more general view of the offense, pitching, and coaching staff, it’s time to take a look back at the Mets’ players. This series will take a look at every player on the active roster for the Mets at the end of season from A (Nori Aoki) to W (David Wright). The review will look at their season statistics, stories, and what role (if any) they will have next season. We continue our series today with a look at infielder Jose Reyes.

NEW YORK, NY – SEPTEMBER 26: Jose Reyes #7 of the New York Mets throws out Jace Peterson #8 of the Atlanta Braves in the fourth inning on September 26, 2017 at Citi Field in Flushing neighborhood of the Queens borough of New York City. (Photo by Abbie Parr/Getty Images)

Story: After a successful return to Flushing in 2016, the Mets were happy to pick up Jose Reyes’ option for 2017. Reyes was expected to be a utility player at the start of spring training, but David Wright’s shoulder injury opened the door for Reyes to be the starting third baseman on Opening Day. That didn’t go as planned for Reyes, who got off to a rough start, hitting .174 in April as he started to cede playing time. Defensive issues at third seemed to carry over to the plate for Reyes, who started to fare better after switching positions with Asdrubal Cabrera in June. Reyes stayed at shortstop until Amed Rosario was promoted to the major leagues in August, when he slid over to second base. The arrival of Rosario seemed to provide a new purpose for Reyes, who took the young shortstop under his wing and taught him how to be a big leaguer. Reyes also hit much better in the second half, batting .288 with seven home runs, 29 RBI’s, and 14 stolen bases to salvage what had been a lost season to that point.

Reyes was an absolute disaster in the first half, but the move to shortstop helped ease his defensive worries, and that in turn led to better production at the plate. The Mets had little choice but to play Reyes down the stretch since they had so many injuries to deal with, and he showed that there is still a bit left in the tank.

The Mets are seemingly stocked with backup infielders and are looking for upgrades at starting spots, but don’t discount the possibility of a return from Reyes. Reyes has made it clear he wants to finish his career with the Mets and is willing to take a discount to do so. The importance of Reyes’ relationship with Rosario can’t be understated as well, so the Mets could look to bring Reyes back on a minor league deal so he can continue to mentor Rosario. Reyes would have to earn a spot on the Opening Day roster in spring training, and he has shown he can be useful as a utility player going forward. If the Mets are forced to give Reyes 500 at bats again, things have probably gone horribly wrong for their 2018 hopes.

Check back soon as our Player Review Series continues with a look at infielder Matt Reynolds!