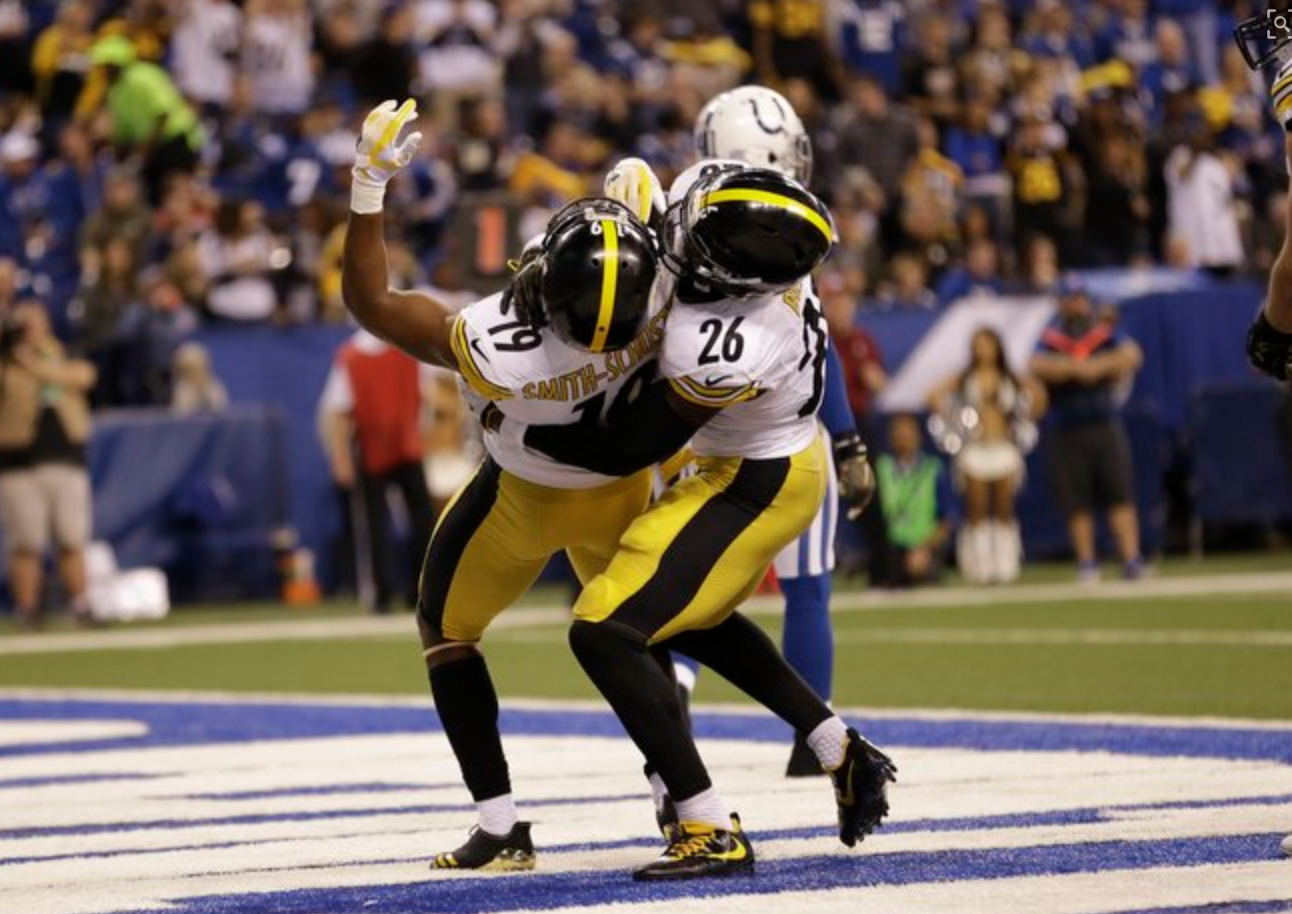 The Steelers fought back from a 17-3 deficit to defeat the Colts in Sunday’s game, and two of their best playmakers on offense came through with a great celebration after the team scored its first touchdown of the day.

It happened in the third quarter, when Ben Roethlisberger hooked up with JuJu Smith-Schuster on a seven-yard touchdown pass. Teammate Le’Veon Bell made his way over to Smith-Schuster in the end zone, and he jokingly grabbed the Steelers receiver by his neck and wrestled him to the ground.

Obviously, this was the Steelers’ way of poking fun at the Week 9 fight between A.J. Green and Jalen Ramsey.

The NFL probably won’t be thrilled at the Steelers’ attempt to recreate Green putting Ramsey in a chokehold and wrestling him to the ground, but technically their celebration was within the rules.

The Steelers just couldn’t resist taking a shot at their division rival.