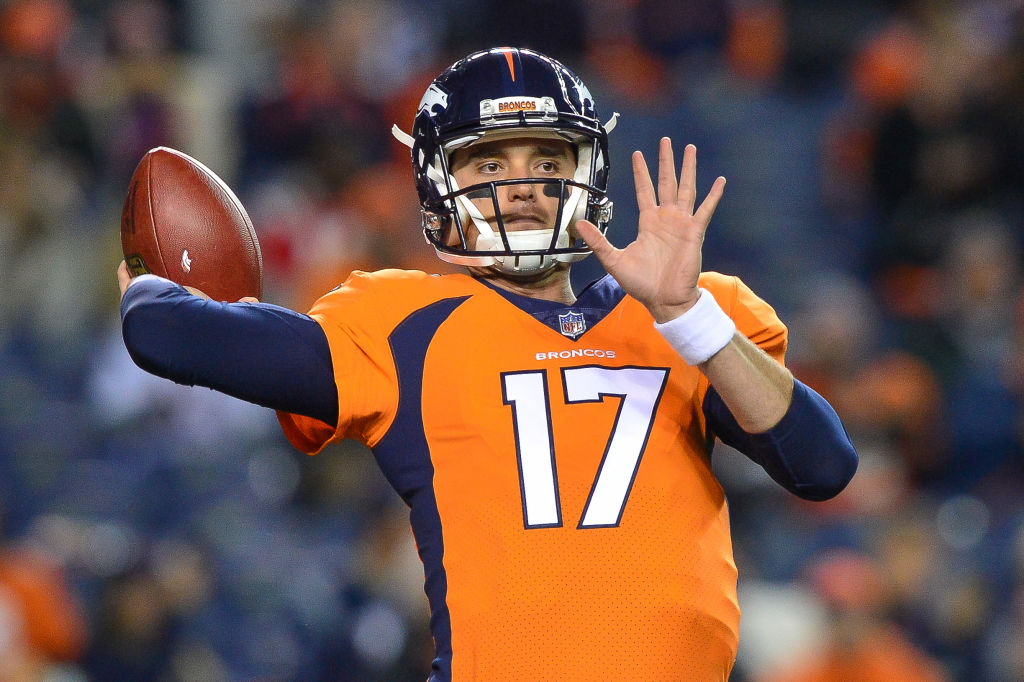 It’s no secret that Broncos quarterback Brock Osweiler has struggled with the accuracy of his passes throughout his career.

That was on display during Sunday night’s game against the Patriots, when one of his passes sailed just a bit high, and that’s putting it nicely.

It happened in the second quarter of the game, when the Patriots flushed Osweiler out of the pocket, and he was forced to throw the ball away. Instead of just floating the ball out of bounds, though, he slinged it with authority.

Osweiler threw the ball so far that it actually drilled a Broncos staffer — who was standing on the sideline — in the head.

Twitter had some great reactions to the funny sequence of events, as you might imagine. Here are some of the best ones.

Dont want to leave open Osweiler's fave target: the dude on the sideline he blasted in the face. https://t.co/7viL1AISkS

Brock Osweiler Just nailed me in the head

I’ve seen Osweiler kill that guy live and in like 15 different tweets and it’s been lol worthy every single time.

Wow, Osweiler put that ball right where it needed to be to nail the guy by the bench. #SNF

It’s clear that when Osweiler is in at quarterback, everyone in the vicinity needs to be aware. It’s impossible to predict where the ball may end up.