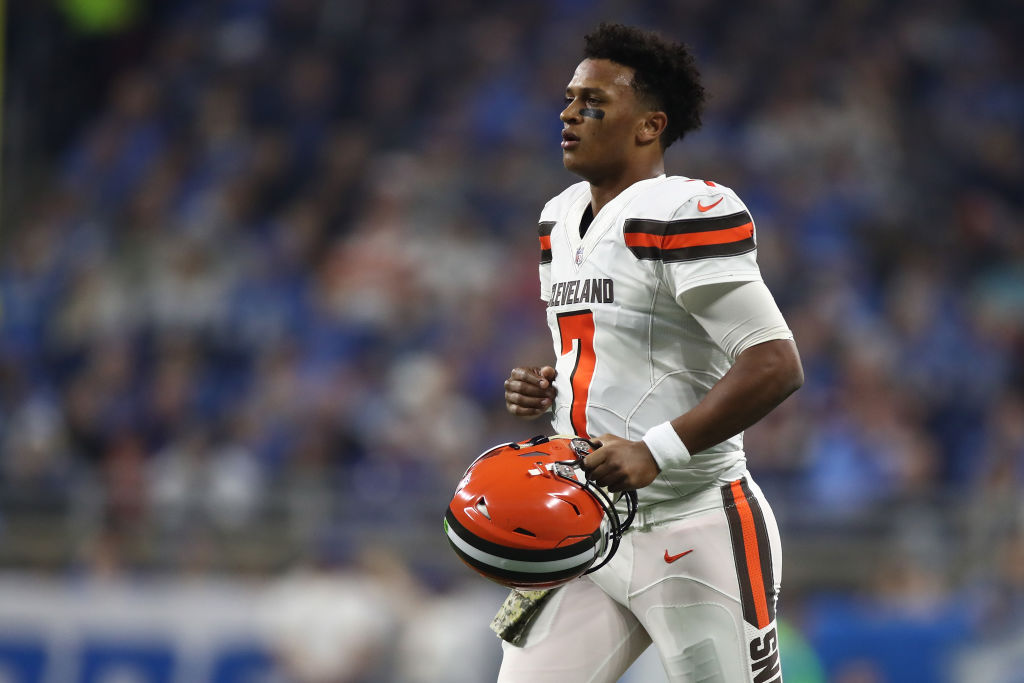 The Browns just can’t stay out of their own way.

Cleveland jumped out to a 10-0 lead in Sunday’s game against Detroit, but it didn’t last long. The Lions later tied the game at 10-10, and soon after, they returned a Seth DeValve fumble for a touchdown to take the lead in the second quarter. The turnover proved to be a costly mistake for the Browns, and it wasn’t the only one they would make.

Quarterback DeShone Kizer later took off running and ran all the way down to the Lions’ two-yard line, with 19 seconds remaining in the first half. A first-down pass to David Njoku fell incomplete, and the Browns had 15 seconds with which to operate. Many believed they’d have the option of running two quick pass plays, and would still have time to kick a field goal if need be.

For some reason, though, the Browns elected to run a quarterback sneak for no gain. The Lions took their time getting up at the end of the play, and the clock ended up running out before the Browns could snap the ball again.

It was a questionable call by the Browns coaching staff, and those points left on the board may come back to haunt the team.

Let’s be honest, though: No one was all that surprised by the embarrassing gaffe — given the team’s history — and it was one of the most Browns moments ever.