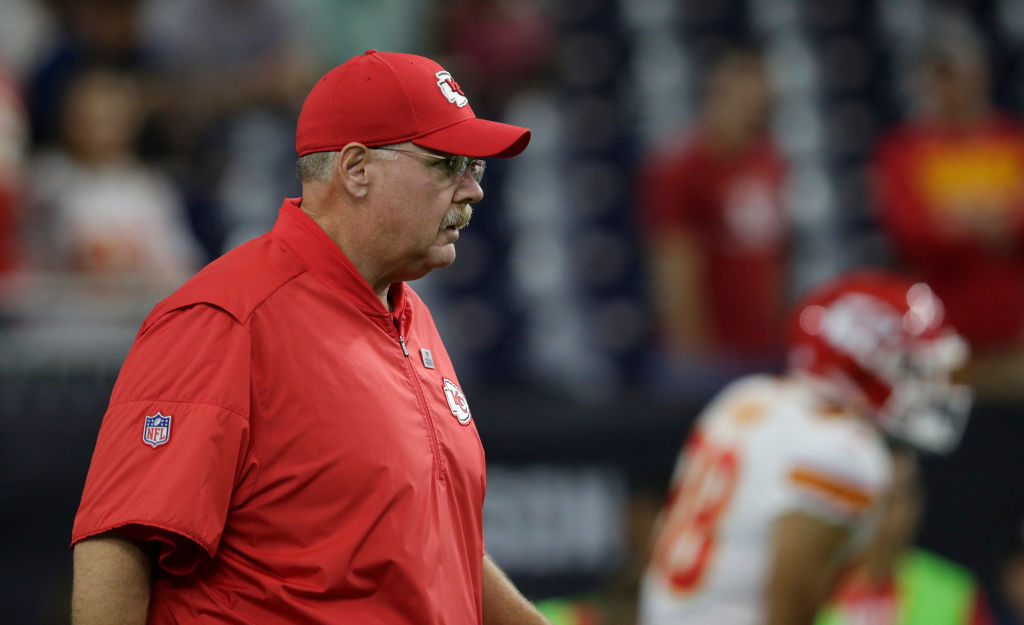 It’s no secret that Andy Reid and Bill Belichick are the best in the business when it comes to coming off the bye week.

While some of the league’s upper-echelon teams — such as the Steelers in their Week 10 matchup against the Colts — have shown the tendency to come out of the bye week looking sluggish and out of sync, Reid’s squads have done quite the opposite over the years.

Reid is 16-2 in his career coming off the bye week, and his Chiefs have a great shot to add to that mark in Week 11, as they’re set to face the reeling Giants.

The Chiefs head coach was asked about the secret for his bye week success by reporters on Monday, and here’s what he had to say.

“Well listen, I love every day of it – I come to work and I’m fired up to have an opportunity to coach in the National Football League,” Reid said, via Matt McCullen, who writes for the team’s official website. “You can ask me that almost every day and I’ll tell you that I enjoy getting in here. If it’s after a loss, you want to get it fixed and it’s a challenge. If you’re winning, it’s still a challenge, you’re still very critical of what you’ve done as a coach and you try to make yourself better as a team collectively.”

Whatever Reid is doing, it’s worked for him. There’s no reason to change his formula at this point in his career, and it’d be a shock if he isn’t sporting a 17-2 record coming off the bye week after Sunday’s game against the Giants.