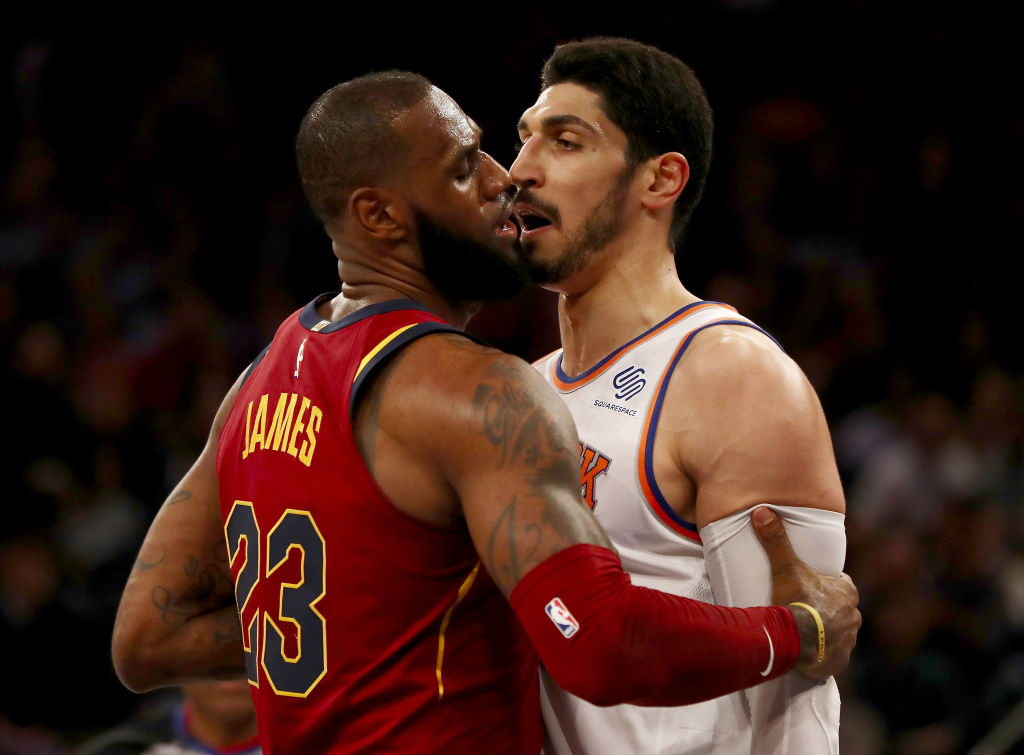 It started when Kanter got into it with James after coming to Frank Ntilikina’s defense in the first quarter of the Eastern Conference matchup. James and Kanter went face-to-face, and had some words during the heated altercation. Kanter didn’t stop there, either, as he had some comments about the Cavaliers star after the game. He did not hold back one bit, either.

The Knicks center took a shot at James over his nickname, and clearly is not intimidated by the “king.”

Enes Kanter, who scuffled with James: "I don't care who you are. What do you call yourself? King, Queen, Princess. Whatever you are. We're going to fight. Nobody out there is going to punk us." Wow

James, for the most part, took the high road when asked about Kanter’s comments. Here’s what he had to say in response.

LeBron James responds to Enes Kanter: "Well, I'm the king, my wife is the queen and my daughter is the princess so we got all three covered." 👑pic.twitter.com/XbP48IlzB4

It appears that the Knicks-Cavs rivalry has been renewed, and we can’t wait until April 9, when the two teams square off again on the court.