Enes Kanter, LeBron James get into it during scuffle (VIDEO) 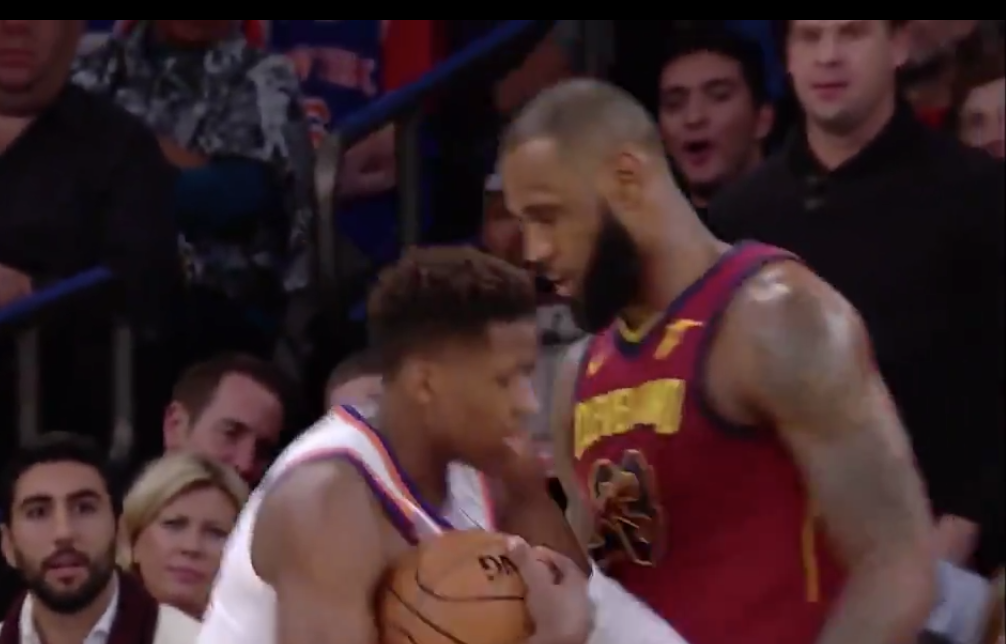 Enes Kanter, LeBron James get into it during scuffle (VIDEO)

Now that the Knicks are relevant again, games involving them and the Cavs are back to being must-see TV.

That was evident in the first quarter of Monday night’s game, when LeBron James threw down an alley-oop dunk, and the Knicks didn’t really appreciate it. Rookie guard Frank Ntilikina got in James’ way afterward, and then gave him a bit of a shove.

Enes Kanter quickly came in to the aid of his teammate, and went face-to-face with James. The two then had some words, but the altercation didn’t last long.

Things getting chippy between LeBron and the Knicks 👀 pic.twitter.com/zAhQt6QSvz

Ntilikina is probably still upset over what James had to say over the weekend. The Cavs star commented that the Knicks should’ve drafted Dennis Smith Jr. over him, and that clearly didn’t sit well with the young guard.