How the Penguins "Fixed" Olli Maatta 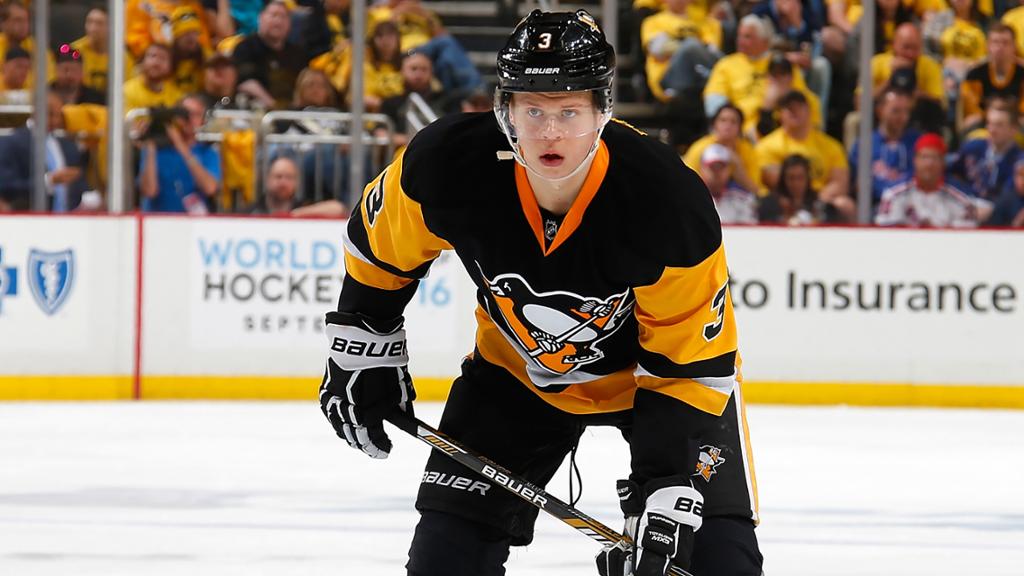 How the Penguins "Fixed" Olli Maatta

Last March, I wrote this story on Olli Maatta. In it, I pointed out a major flaw that could have led to Olli Maatta’s terrible performance at that point last year. I pointed out his slow reaction times. His getting caught on the wrong side of the puck. His weak decision-making and less-than-stellar positioning. At the time I theorized that this could, by and large, be fixed with something simple. Putting Maatta, a natural left defender, back on the left side. Which while it was often said he was playing on that left side while Daley played the right, the data illustrated that was, the vast majority of the time, not the case.  He was playing as a right defender according to the usage chart which was right for every other pairing.

He put together a decent playoff performance, even scoring two goals, and has come out of the gate strong this season. He’s already eclipsed his point and goal totals from last season (which isn’t hard because they were abysmal) with 2G-7A-9P in 19GP and he set a career record for a six-game point streak from October 7th through the 20th. For a player drafted for offensive instincts at the blue line, he seems to be finding that part of his game again. He’s got 36 shots on goal this season according to nhl.com, an average of close to two shots-per-game. This is a great improvement on his numbers from last season which saw him take 66 shots in 55 games played. That is only roughly one shot per game. He’s also improved on his 1.5 shooting percentage from 2016-2017 to 5.6 which is much closer to the 7.6 and 6.3 posted in his only two seasons with 60+ games played.

Overall, he just looks faster, fresher, more confident and he’s done enough to earn himself regular time on the second power-play unit. Sure he’s still apt to make mistakes and with the forwards playing defense like it’s optional he’s been the defenseman stuck on an island a few times including Brock Boeser’s second goal in Vancouver last weekend. This has happened to all of the defenders a time or two as the forwards fail to keep close or re-enter plays quickly. But it always seems rather notable to the general public when Maatta makes one of these mistakes.

In a recent interview with The Pittsburgh Post-Gazette Maatta said that his improvements were likely due to a full off-season of training without an injury to rehab which he said was a first for him in the last few years. He also gave credit to a new workout regime which included combat sports like Brazilian jiu-jitsu that could easily be part of the quicker reaction times he’s illustrated early on. And while he hasn’t been perfect, Maatta’s improvements are enough that he’s earned time on the top defense pairing while the team dealt with it’s all-to-common injuries

It’s odd because widely it has been agreed that number 3 has been arguably the team’s second-best defender behind Brian Dumoulin this season. However, the numbers don’t really show that much in the possession department. Sure the numbers aren’t bad but they aren’t what one would call great. A 50% shots-for percentage is perfectly okay but could be better (Dumoulin sits at 52% and Letang at 51%). Perhaps the heavier defensive deployment is the reason for this. He’s third on the team with 85 defensive zone faceoffs and overall is third on the team in faceoffs. That plus a save percentage while he’s on the ice of just .886 it isn’t going to always make him look the best but his confident puck moving and skating go a long way to making those watching him feel less like trading him and more like letting the 23-year-old continue to develop.

So what has probably been the key to him looking more comfortable? If his numbers don’t show something insanely different? Well, it’s actually simple…

If you read my story last March the above graph ought to look awfully familiar. That is a hockeyviz.com deployment chart for the Penguins so far this season. Olli Maatta is the gold stripes. Notice anything different from last year? Not yet? Here let me help:

In this chart Maatta is the royal blue stripes. Find it yet? Yes. That’s right. Olli Maatta has been moved back to the left side. What kinds of things would this help with? Well shooting the puck, for one. Most players prefer shooting from their natural side and his shot seems most potent when he can skate fully into it and put everything on the shot from the point. Being on his natural side should also help reading plays since it’s something he’s used to and he can almost turn on muscle memory at points. And perhaps even a bit of speed as he can take tried and tested routes back into the soft areas he needs to be in. All the things people have noticed Maatta doing better? Could all easily be traced back to playing the natural side he’s played since he started hockey and getting the chance to actually prep for the season this summer.

I did a little digging on the site as well and both of Maatta’s best seasons as a Penguin came on the left side of the ice (his rookie campaign and 2015-2016). He only played a single game as the right defender his rookie year, and it was a completely useless game 82. Needless to say, it appears the Maatta as a right defender experiment seems to be over or we can all hope it is…as Ruhwedel, Schultz, and Letang have played the bulk of those right defense minutes with Maatta back on the left so far this year and the coaching staff has been generally satisfied with the Finn’s work. And I mean who wouldn’t be… when he’s done this to a puck this season:

The Maatta goal is incredible from this angle pic.twitter.com/YU7GoG5dfr