Your Morning Dump... Where The Celtics Surge to 12 Straight Wins 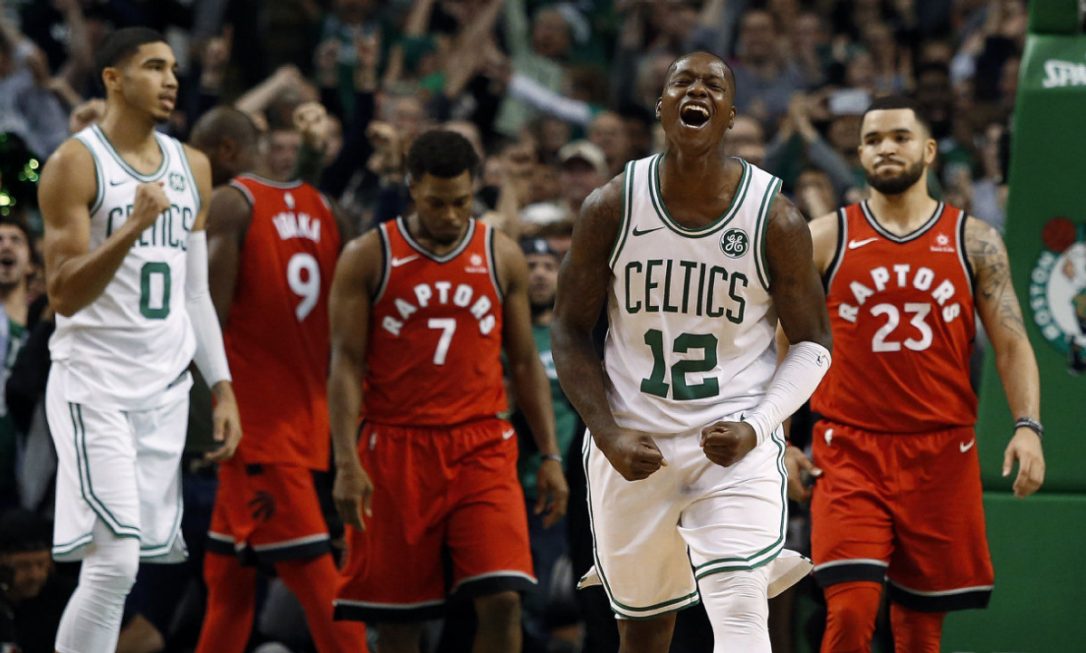 Your Morning Dump... Where The Celtics Surge to 12 Straight Wins

This 12-game streak is hardly luck. The Celtics are a team that has started this season in midseason form, unlike many other contenders who have been maddeningly inconsistent and vulnerable, perhaps because of the shortened preseason.

The Celtics aren’t using Gordon Hayward’s gruesome injury as any excuse, and against the Raptors they moved forward without leading scorer Kyrie Irving, who missed his first game because of a facial fracture. Once again, the Celtics fielded whatever healthy team they had and played harder than their opponents.

This was a quality win, perhaps the best of the streak because it was without Irving and the Raptors were whole and rested. Toronto has gotten the better of the Celtics the past several years, and although Boston retooled in the offseason by adding Irving and Hayward, the Raptors still carry the psychological edge because they have dominated the head-to-head series.

The Celtics extended their winning streak to 12 games after a thrilling 95-94 victory versus Toronto. The absence of Kyrie Irving didn’t impact the team’s execution. Different guys stepped up throughout the afternoon, and the Raptors couldn’t exploit the young Celtics.

Whether it was Terry Rozier carrying the offense for stretches, Daniel Theis controlling the paint, or Jayson Tatum going into attack mode, Sunday’s game was emblematic of the “next man up” mentality which has propelled Boston to their early season success.

Toronto gave the Celtics countless problems during last year’s matchups. They presumably will earn one of the top seeds in the East, but couldn’t take advantage of the Kyrie-less Celtics and steal a win on the road.

Boston shot only 40 percent from the field, but were +9 on offensive rebounds. I still find it remarkable how they’ve made such a drastic rebounding improvement from last season. They won yesterday because of their physicality, length, depth, and late-game execution. This year’s roster is a far cry from the “finesse team” Brad Stevens talked about early last year.

The whole league is looking toward’s Thursday’s matchup, when the Celtics host Golden State. They play Brooklyn on Tuesday, which is looking like the most “trappiest” of trap games in recent memory.

The big thing with Horford has been his level of aggression which has been at a much higher level this season than what we saw a year ago.

“He brought that spirit back,” said Boston’s Marcus Smart. “Al’s a very good offensive player that can go create for himself and others, and when we needed a bucket, we just ran the plays to him and he created for us.”

Rozier had similar sentiments about Horford.

When told of Rozier’s comment about him “playing young” again, Horford chuckled about it.

“I don’t know if young Al Horford played like this,” Horford said which drew a few chuckles. “It’s many years of working on my game and try to play this new way. This is the style that the NBA is shifting towards. It took me a couple years to get comfortable and play like this.”

Al Horford turned back the clock during yesterday’s win. While he shot 8/9 and finished with 21 points, his athletic dunks in traffic energized the team. He found the perfect balance between aggression and efficiency, and the Toronto bigs had no answer.

Between his dunks, dribble drives, one-legged step backs, and overall energy, Horford looked like a different player than Celtics fans have become accustomed to watch. We know he’s a star, but unlike other high-caliber bigs, he’s not overly reliant on his size, strength, and athleticism to remain effective. His skill and IQ should allow him to perform at an all-star level into his mid-30s.

Horford made comments about getting used to a new style of play. For most of his time in Atlanta, he lived in the midrange. During his last season with the Hawks and through his time in Boston, he’s made the transition to a ball-handling, three-point shooting, playmaking big man. Last night may have been the most comfortable we’ve seen Horford in a Celtic uniform.

Jaylen, Marcus, and Rozier all made comments on Horford “playing young.” In order to continue this winning streak, Horford must continue channeling this inner fountain of youth. He’s the oldest guy on the youngest roster in the league, and doing a commendable job leading the Celtics to the NBA’s best record.