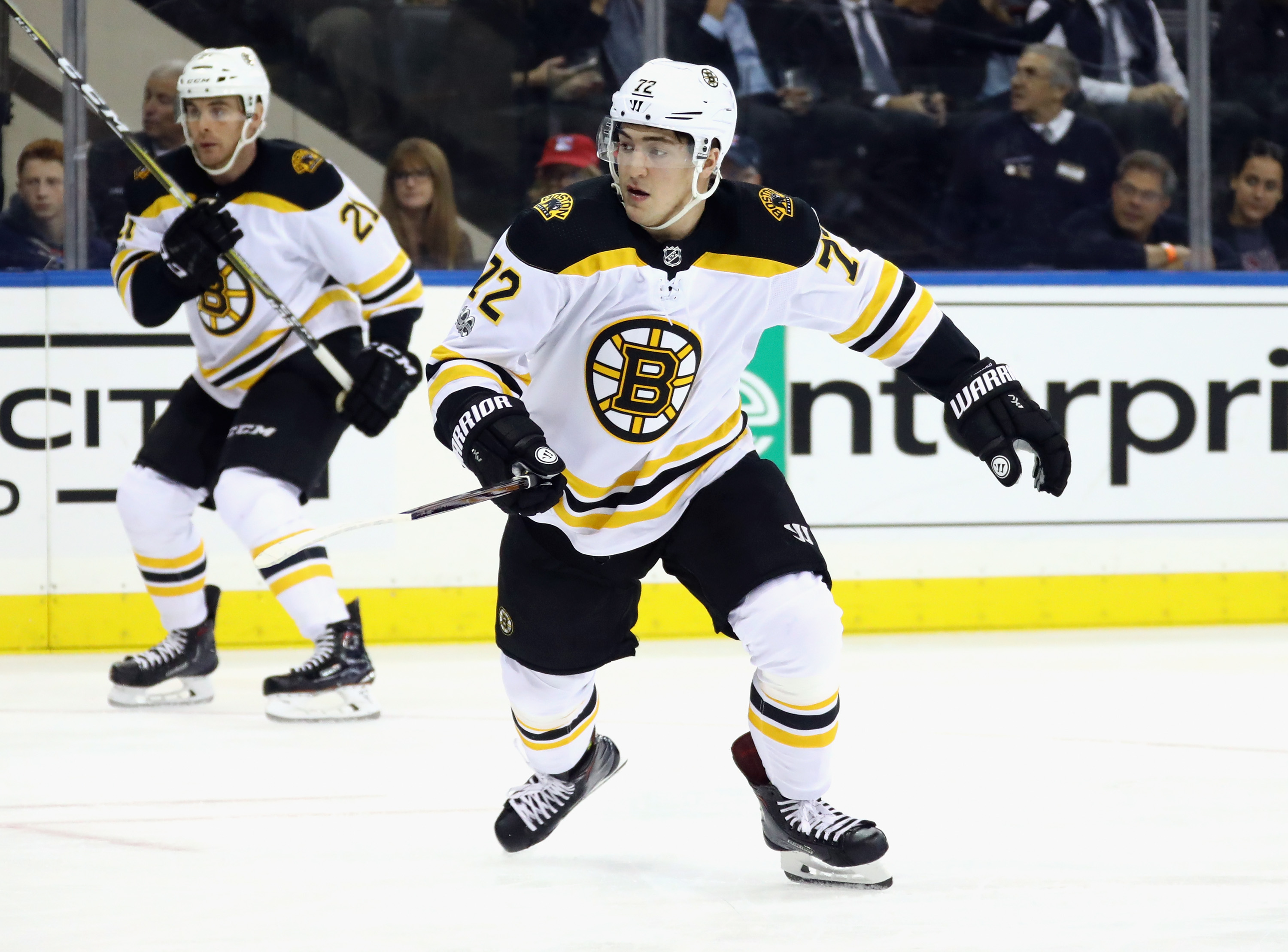 On March 13th, 2015, the Boston Bruins signed East Longmeadow, Massachusetts native Frank Vatrano to an entry-level contract out of NCAA UMass Amherst. About one month later, the GM who signed Vatrano in Boston was fired. That GM was Peter Chiarelli, who currently works for the Edmonton Oilers as the club’s GM.

Like the Bruins that spring, the Oilers are looking for scoring help on the wings and don’t have much bubbling under at the AHL level. When Chiarelli signed Vatrano in Boston, it was with the hope that he could develop at the AHL level and help out in the NHL within the next year or two.

Luckily for Chiarelli, that’s exactly how things went. While he didn’t get to reap the benefits of Vatrano, the young winger exploded onto the AHL scene in 2015-16 and has seen NHL time in all three seasons since turning pro.

The Bruins, under Don Sweeney, have amassed an impressive amount of young wingers that are pushing for full-time NHL employment. Jake DeBrusk has already emerged, while Andres Bjork seems to be right there with him. The B’s have battled a lot of injuries so far this season, but when they get healthy there may not be a spot for Vatrano in the lineup.

Boston won’t risk losing him to waivers, and there’s already been some word that a trade could be on the horizon to clear up the roster jam. Boston hockey insider Jimmy Murphy had this to say last week.

A Closer Look At Vatrano:

Vatrano lit the AHL on fire during his rookie year in 2015-16, lighting the lamp an astounding 36 times in just 36 games. Overall, Vatrano went 36-19-55 that year, and was the most dynamic player for the Providence Bruins. Having spent that season working for a team in that league, I can tell you he was the most dynamic player I saw live that year outside of Jonathan Drouin, at the time playing for Syracuse.

During that memorable rookie year, Vatrano was called up to the NHL and played in 39 games for the Bruins, posting 8-3-11 in a depth role for the team as they pushed to make the playoffs. When he played with skill, Vatrano impressed, but gaining the trust of coach Claude Julien wasn’t always easy.

Vatrano would return to the AHL for just two games last year, going 2-0-2 in those affairs while dressing in 44 NHL games. Vatrano took a step forward in terms of offense, posting 10-8-18, but it was only a modest step. He has 2-0-2 in 12 games this season, but has been in and out of the lineup and playing in the bottom-six when in the lineup.

Here’s a deeper look at Vatrano and his playing style via The Hockey News:

I found it interesting that Peter Chiarelli was at the Bruins game last Wednesday night in New York against the Rangers. Now, obviously the Oil were already in town and it is likely nothing, but still it is interesting to see Chiarelli’s name on a scouting list when he is so blatantly searching for solutions via trade right now.

Adding a big piece likely isn’t possible at this point of the year, but adding a piece like Vatrano seems more than possible. This is a player that shoots the puck a ton and has the ability to score goals at will. He’s a natural goal scorer and the fact of the matter is, the Oilers don’t have many players like that on the roster right now.

I’d wager a middle round pick and a low-level roster player like Jujhar Khaira, Jussi Jokinen or Iiro Pakarinen could get the deal done. Perhaps even a pick and/or prospect could entice Boston to move Vatrano.

At this point, the Oilers have to figure out a way to get some NHL wingers on their roster. They simply do not have enough of them right now. Getting creative and acquiring someone like Frank Vatrano may be the way to go.