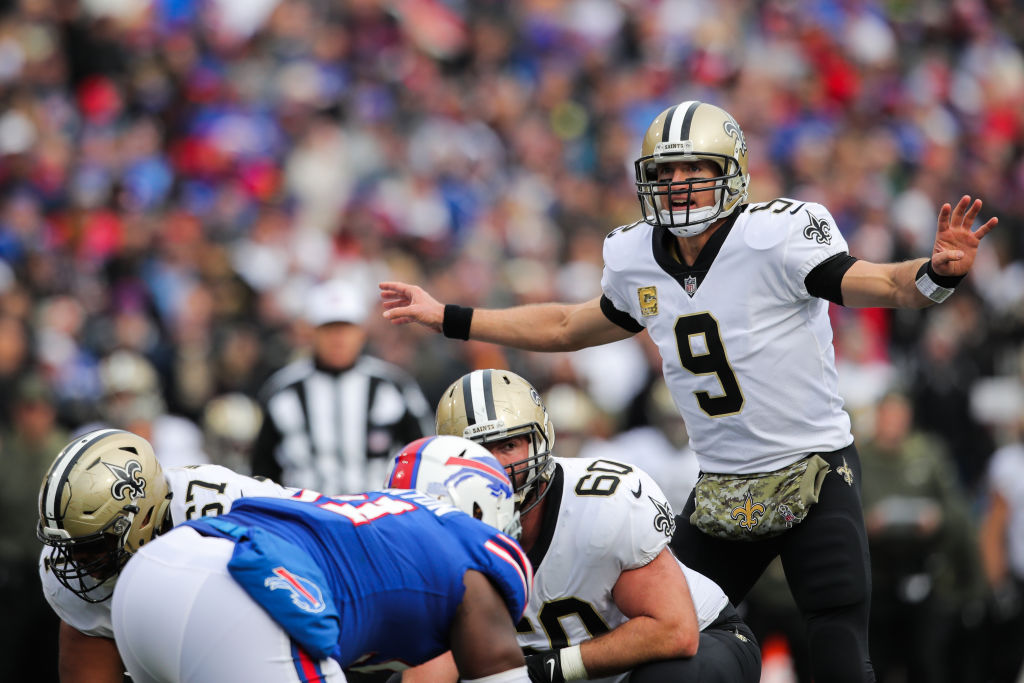 Saints quarterback Drew Brees is doing whatever he can to downplay any talk about where he might play next season.

Brees, who is currently playing out the final year of his contract, clearly doesn’t want any distractions for him and the team. The (7-2) Saints sit atop the NFC South standings, and continuing to win seems to be more important than his future. He recently spoke about the topic when he appeared on the “Hardwick & Richardson” radio show.

“We’re trying to get a little bit better each and every week. I feel like we’ve got a great opportunity ahead of us and I don’t plan on leaving New Orleans ever.”

Brees, to his credit, is playing at an MVP-type level right now. He’s completed 71.7 percent of his passes, and has tossed 13 touchdowns and four interceptions. The Saints quarterback has done a great job managing games, and looks more comfortable than he has in years, with the newfound success on the ground paving the way for the offense.

As for where he might play in the future, Brees himself is likely undecided at this point. His plan going forward will probably hinge on how the team fares this season, so we’ll have to let it play out on the field before revisiting the topic again.

Brees did a good job of downplaying the contract talk before it begins to heat up, clearly wanting to keep his eyes on the prize, as the team prepares for a playoff run.