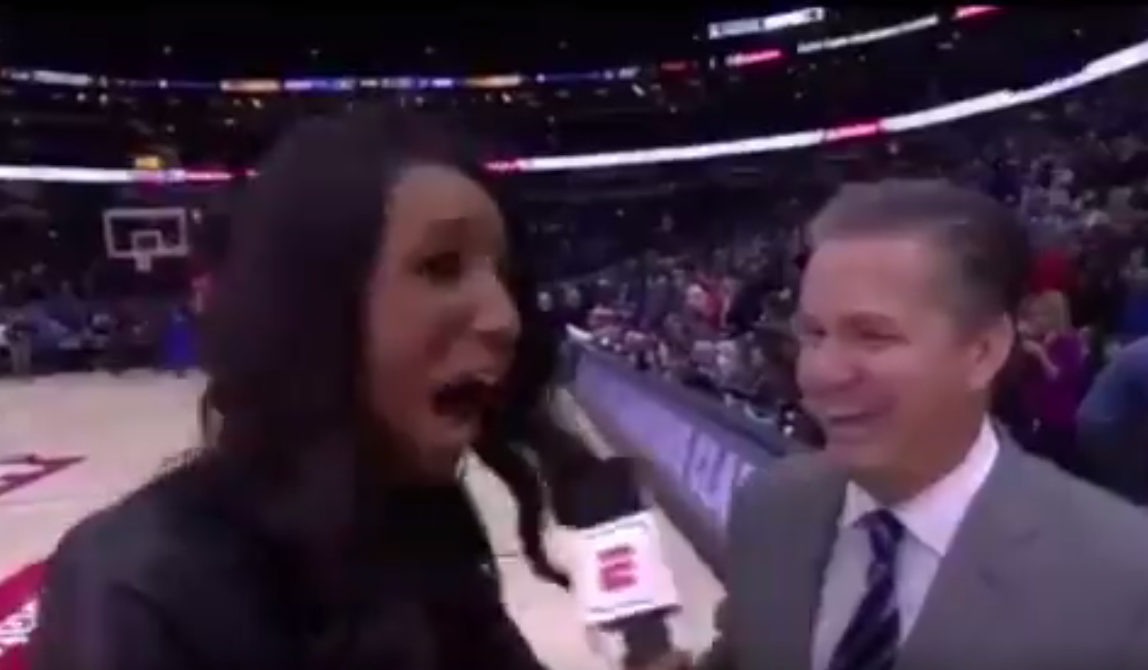 An awkward moment took place on Tuesday night during an interview between Kentucky head coach John Calipari and a female reporter.

It happened when ESPN’s Maria Taylor was speaking with Calipari during halftime of Tuesday’s game against Kansas, and he was not thrilled about his team’s rebounding efforts at the time.

Calipari, to express how unhappy he was with his players, grabbed Taylor’s arm and asked her if he had her arm too hard, which probably wasn’t the best idea.

Taylor was clearly taken off guard by Calipari’s gesture, and she made sure to let him know about it.

“It’s really tight,” Taylor said, which prompted a laugh from Calipari. “I’m not your player,” she added.

Things got a little awkward between John Calipari and Maria Taylor at halftime. pic.twitter.com/yFjhikwBIu

Calipari probably should’ve expressed the dissatisfaction he was feeling toward his players in a verbal way — not a physical one.