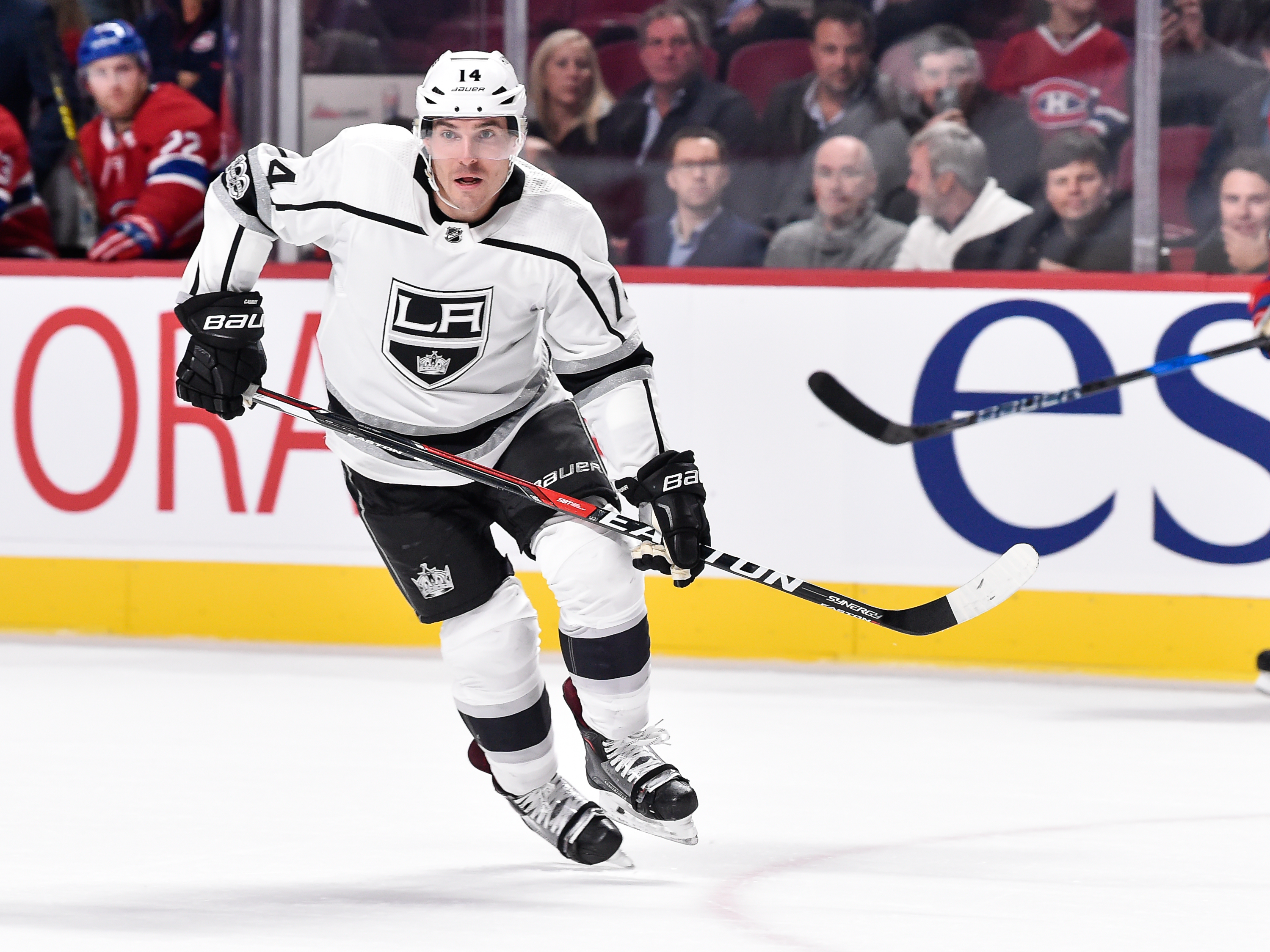 I’ve been calling for it for weeks, and finally Peter Chiarelli delivered last night. The Oilers, prior to their eight goal outburst over Vegas, had been the NHL’s worst offense, struggling to put the puck in the net. The club’s biggest weakness? The wings, where there was (and still is) a real lack of NHL-level options.

Edmonton’s General Manager, who does have a knack for winning minor trades, swung one last night to bring in some scoring help along the wing. First broke by Nick Kypreos of Sportsnet, the Oilers acquired Michael Cammalleri from the LA Kings in exchange for struggling forward Jussi Jokinen. Both players were signed by their respective teams last July, and find new homes before American Thanksgiving hits.

I was quite surprised to see this deal go down, but must say I’m pretty happy with Chiarelli’s work here. It seemed like Cammalleri was having a nice start for the Kings and Jokinen was struggling for the Oilers, so I was surprised that LA would agree to the deal.

After a little digging, it seems like Cammalleri wasn’t 100% filling the role the Kings wanted him to while Jokinen had quite obviously been a player that was disappointing to the Oilers. Not only that, but reports began to leak out after the trade that Todd McLellan didn’t trust Jokinen enough to deploy him as much as he needed to.

I’ve long been a fan of Jokinen’s game. I love his two-way style with some scoring ability, but that player never really did show up this season for Edmonton. He looks like he’s lost a step skating wise, and while he knows what he needs to do I seriously doubt he can get there in time. It was a good risk by Chiarelli, but Jokinen looked done to this observer.

As for Cammalleri, he’s got 3-4-7 on the season and will likely slide in on Edmonton’s third line at left wing. I also wouldn’t be stunned to see him play some on the powerplay, and I think the Oil may be able to get something out of this player. At the worst, he should be able to provide more offense and speed off the wings than Jokinen did. That alone would make this a win for the Oilers.

Here’s a look at Cammalleri’s scouting report via The Hockey News:

It’s not going to be a deal that propels the Oilers into first place or anything, but this is a minor deal that could pay dividends for Peter Chiarelli and the Oilers. Cammalleri has offensive ability and could help Edmonton’s depth scoring issues. If he can do that, even if it’s just on the powerplay, then this will be a win for Chiarelli.

It’s a minor risk that could pay off in a big way. I like that deal, and I really like Chiarelli’s track record in deals like that during his Oiler tenure. Time will tell, but I’m a fan of this deal upon first review.