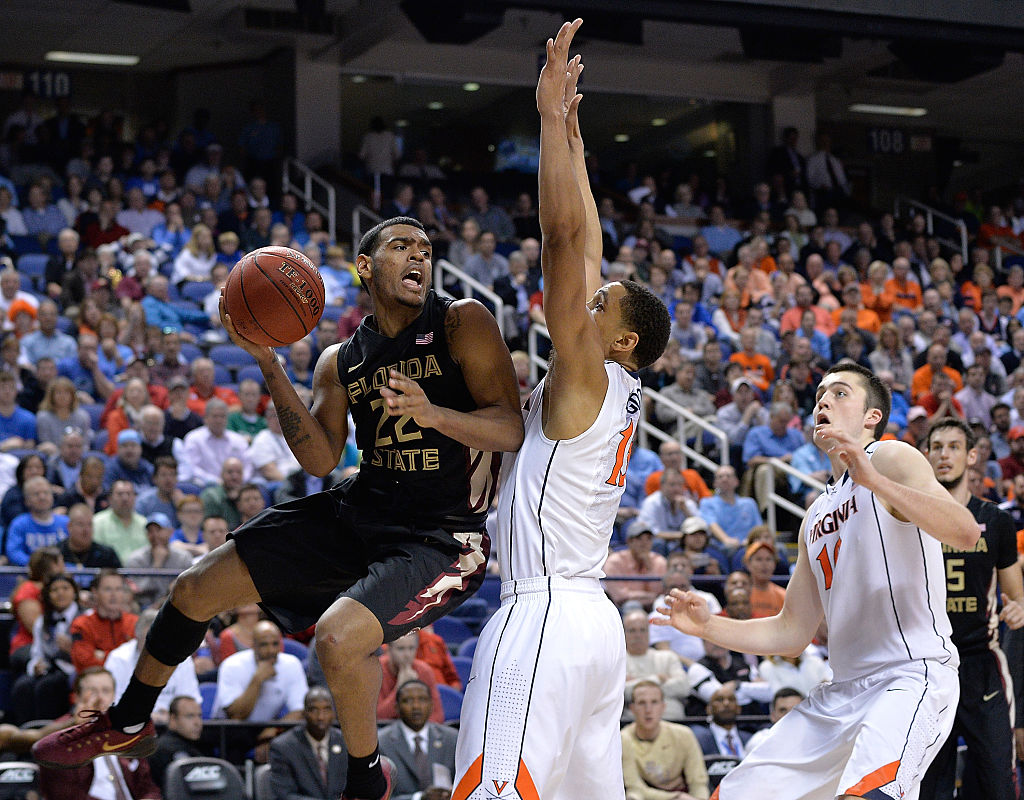 Each professional basketball player’s journey is different and unique. With a common dream, the end goal often remains the same: make it (and stick) in the NBA. Xavier Rathan-Mayes is among those hoping playing in the NBA G League will help him inch closer to The Association.

Rathan-Mayes’ journey started in Ontario, Canada. He has the potential to become the next talented player to come out of Canada and eventually make an NBA roster. There have been many talented players to come from Canada. Two players have been selected with the No. 1 overall pick (Anthony Bennett and Andrew Wiggins). There’s another Canadian born player on the way, R.J. Barrett, who some consider to be the No. 1 pick in the 2019 NBA Draft.

“It’s really special,” Rathan-Mayes told KnicksJournal.com. “Two of the No. 1 players are two of my really close friends. Andrew [Wiggins] is my best friend. We grew up together and to see the things he’s doing on the highest level in the world is truly, truly special. I’m excited for him. He just got his max contract, which he deserved. Anthony Bennett is working his way back. He’ll be playing with Team Canada with me as well. R.J. Barrett is doing some great things. He’s doing great things for our country. I’m definitely super excited for where Canada basketball is going and how good we can be down the road.”

Rathan-Mayes’ played collegiately at Florida State. Though he was deemed ineligible for the 2013-14 season, he had an impact on the team on the scoring end the following season. He averaged a collegiate-high 14.8 points per game as a freshmen. As his collegiate career went on, the guard improved his shooting and became more of a facilitator during his junior season, cutting down on his turnovers.

“It showed a lot of organizations that I can be a guy that can run a team [and] get guys involved early,” Rathan-Mayes said. “I think everybody knew I would like to score the ball, so being able to show that I could be a floor general and run a team definitely opened a lot of people’s eyes.”

After three years at Florida State, the youngster was super confident that he would be drafted in the 2017 NBA Draft. Unfortunately, that wasn’t the case. Instead, he signed a non guaranteed deal with the New York Knicks. Rathan-Mayes played with the Knicks in Orlando Summer League and remained with the squad through preseason play.

“It was really special to put on a New York uniform,” Rathan-Mayes said. “My dad is from Connecticut, so growing up I came to a lot of Knicks games. I was always in New York with him and it was definitely a dream come true. I always said if I wanted to play with two franchises, it would be Toronto or at New York. Just because those are right close to home. To have that opportunity and to still be within the organization is definitely special for me.”

He was waived before the start of the season and joined the team’s G League affiliate in Westchester.

“That’s always a little bit of motivation going undrafted,” Rathan-Mayes said. “I don’t feel like I should have gone undrafted. Like I’ll always say, it’s part of the process. My dream is a little bit different than everybody else’s. I’m a guy that will always work hard and it didn’t faze me. I’ve been in this position before and I’m just excited to have the opportunity to play on the level that I can play with a great coaching staff around me and great people and just being able to give me the opportunity to showcase my skills.”

Even as the Florida State product embarks on his professional career, one of his great mentors is his father, Tharon Mayes, who spent time in the NBA, CBA and overseas.

“He’s a great mentor,” Rathan-Mayes said. “Somebody that I talk to daily. Whether it’s about on the court stuff or off the court stuff. He just teaches me how to be a true pro. I think the biggest thing is never get to high with the good and never get to low with the bad. Just take it day-by-day. I’m in a great organization right now. We’re winning games and just trying to take it one day at a time and savoring the moment.”

As a rookie, he has been around high-quality veterans like Jarret Jack, who has been a mentor to the 23-year-old guard dating back to training camp with New York.

“It’s been really great, especially [with] Jarrett,” Rathan-Mayes stated. “ He’s another one of my guys that I call my mentor. Just somebody that I talk to. Somebody that always keeps me level headed through everything. He was one of the first people to text me when I got released and told me to keep my head up. He said it’s part of the process and that I’m going to be a pro in this league for a really long time.”

Along with Jack, Rathan-Mayes has a veteran in the Westchester backcourt that he’s looking to learn from as well. Not only is he benefiting from Trey Burke’s leadership, but the two have excelled on the court.

“Trey [Burke] is my backcourt guy and he’s been great,” Rathan-Mayes said. “He kind of keeps me up. He keeps me going, so I love having him around. Trey’s my guy so it’s been very special for me.”

The Westchester Knicks are in the early stages of the 2017-18 season. He started off the season by nearly recording a triple-double on opening night. Rathan-Mayes’ journey is still in progress. If he continues to perform at a consistent level, it won’t be long before he realizes his dream of making it to the NBA.