Is the concern over Jake Allen justified? 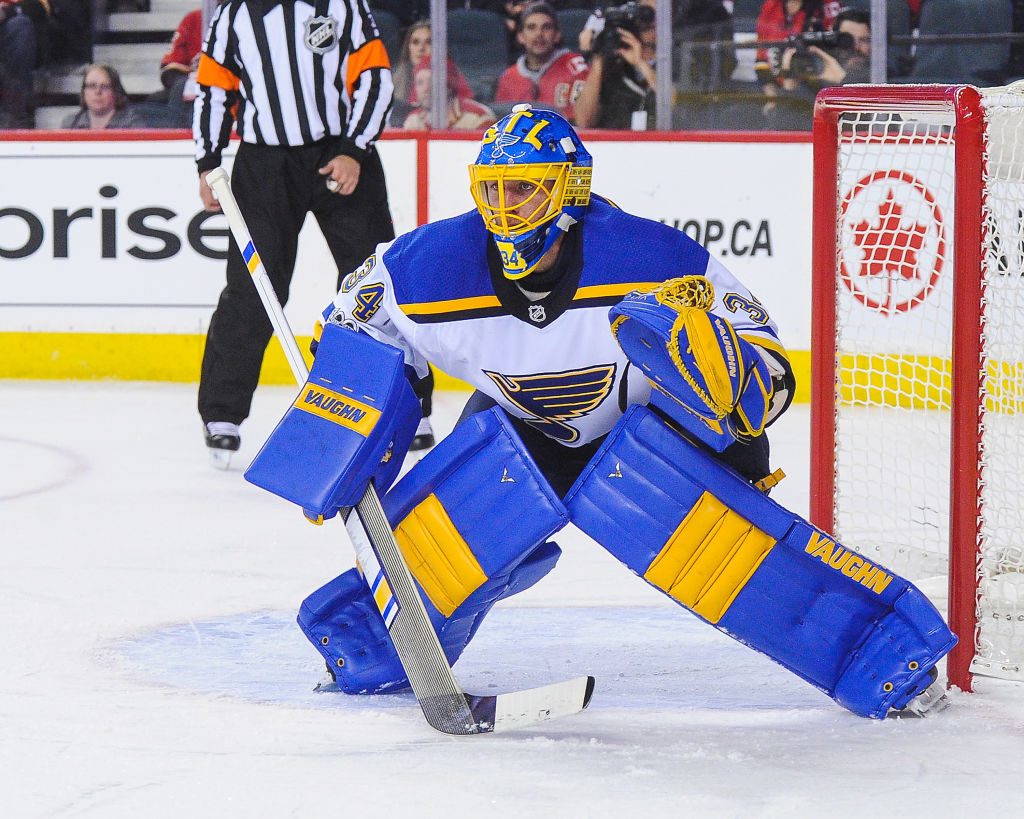 Is the concern over Jake Allen justified?

If you’re a regular Twitter user, you’ve probably seen St. Louis Blues fans picking apart Jake Allen’s play. Some of that comes with the territory – it’s what fans do with goalies – but some of that criticism has been particularly harsh.

Despite the Blues’ impressive record and the fact that a goalie’s play is expected to fluctuate to a degree, is any of that criticism justified?

That’s a difficult decision to answer. In fact, it may not have an actual answer, but I tend to lean in the direction that says Allen may need to elevate his game a bit higher … though you won’t see me bashing him quite as critically as some fans on Twitter.

For starters, Allen has a 2.83 GAA and a .908 save percentage through 15 games this season. Those numbers aren’t particularly impressive and alone should show that he has room to improve. By comparison, last year Allen maintained a 2.42 GAA and a .915 save percentage over 61 games. In 2015-16, he posted a 2.35 GAA and .920 save percentage.

Comparing Allen to other goaltenders who have appeared in 10 or more games this season (there’s 29 of them prior to any action on Wednesday evening), his GAA and save percentage both rank 18th. Ironically, Brian Elliott is currently beating him in both categories (12th-best GAA, 17th-best save percentage).

Are the Blues doing enough in front of Allen to give him the help he needs? Yes and no. Offensively, they’ve clearly done enough as the team has one of the best records in the league despite some relatively mediocre numbers in net. Defensively, they’ve limited opposing teams to an average of 30.9 shots per game. That’s the 12th-fewest in the NHL.

The penalty kill may be the most obvious area where the Blues could improve in front of Allen. Their 79% kill rate ranks 20th in the NHL, proving that the Blues are struggling to find – or stick to – any kind of consistent strategy. They’re also struggling to stay out of the penalty box. You don’t have to watch too many games to see the Blues need to be more disciplined and better on the PK.

Allen may be receiving the benefit of the doubt because he has made some miraculous saves this season. Going by the eye test, he has kept a handful of pucks out of the net that really should have been goals. Those insane saves, and there have been quite a few of them, may help some fans overlook his overall numbers and some of the problems surrounding them.

Overall, the Blues could be a bit better in front of Allen. At the same time, he too could play a bit better and has room to improve.