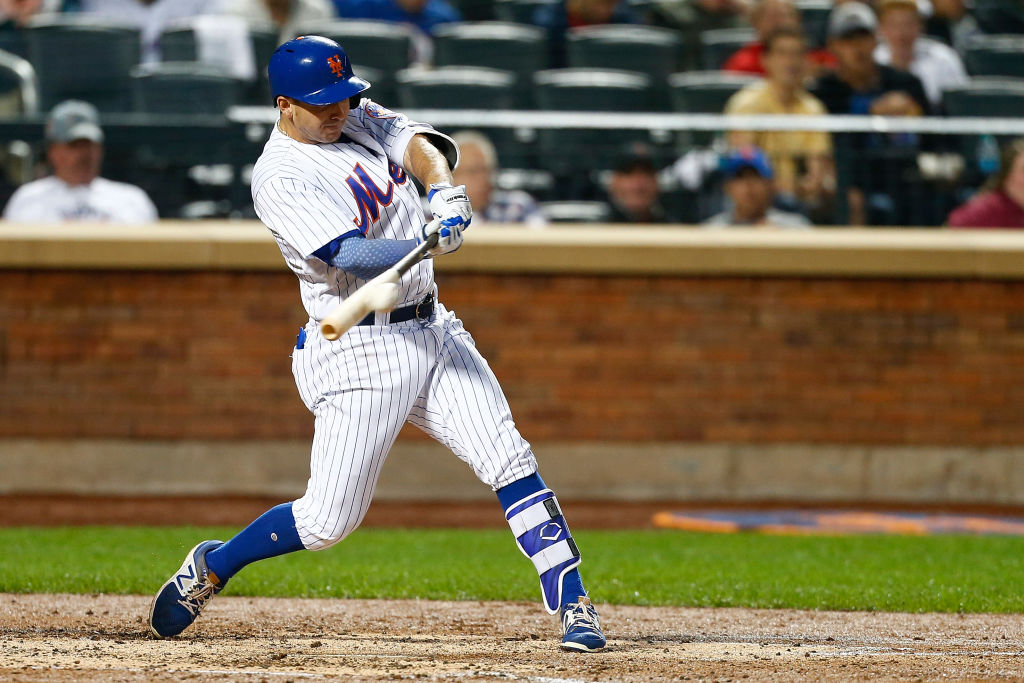 Now that the 2017 season is over for the New York Mets, we have been looking back at the year that was. After taking a more general view of the offense, pitching, and coaching staff, it’s time to take a look back at the Mets’ players. This series will take a look at every player on the active roster for the Mets at the end of season from A (Nori Aoki) to W (David Wright). The review will look at their season statistics, stories, and what role (if any) they will have next season. We continue our series today with a look at infielder T.J. Rivera.

NEW YORK, NEW YORK – JULY 14: T.J. Rivera #54 of the New York Mets hits a 2-run double in the third inning against the Colorado Rockies at Citi Field on July 14, 2017 in the Flushing neighborhood of the Queens borough of New York City. (Photo by Mike Stobe/Getty Images)

Story: After taking advantage of his first big league opportunity in 2016, T.J. Rivera entered the season with a firm grasp on a bench spot. Rivera got some quality game experience representing Puerto Rico in the World Baseball Classic during spring training, but he wasn’t able to carry it over to the start of the season. A lack of at bats didn’t help as Rivera never really got into a groove in April, but injuries to Lucas Duda and Wilmer Flores opened more playing time for him in May. Rivera responded by picking up where he left off in 2016, batting .294 in May, .305 in June, and .306 in July. Just as it looked like Rivera would get into a serious groove, he landed on the disabled list with an elbow injury. That injury turned out to be a partial tear of Rivera’s ulnar collateral ligament, and he was shut down late in the summer to undergo Tommy John surgery. Unlike pitchers, position players only need a six month rehab from Tommy John, so the Mets are expecting Rivera to be ready to go for the start of 2018.

Rivera was able to show that his hot hitting in 2016 was no fluke, continuing to produce whenever he got at bats in 2017. The Mets had to be pleased with Rivera’s performance, especially as he hit while playing multiple positions.

Rivera could be a trade chip for the Mets this winter, but the odds are high that he will be back in 2018. The Mets will likely use Rivera in the same role as he had this season, using him as a utility player who can cover three different infield positions.

Check back tomorrow as our Player Review Series continues with a look at relief pitcher Hansel Robles!