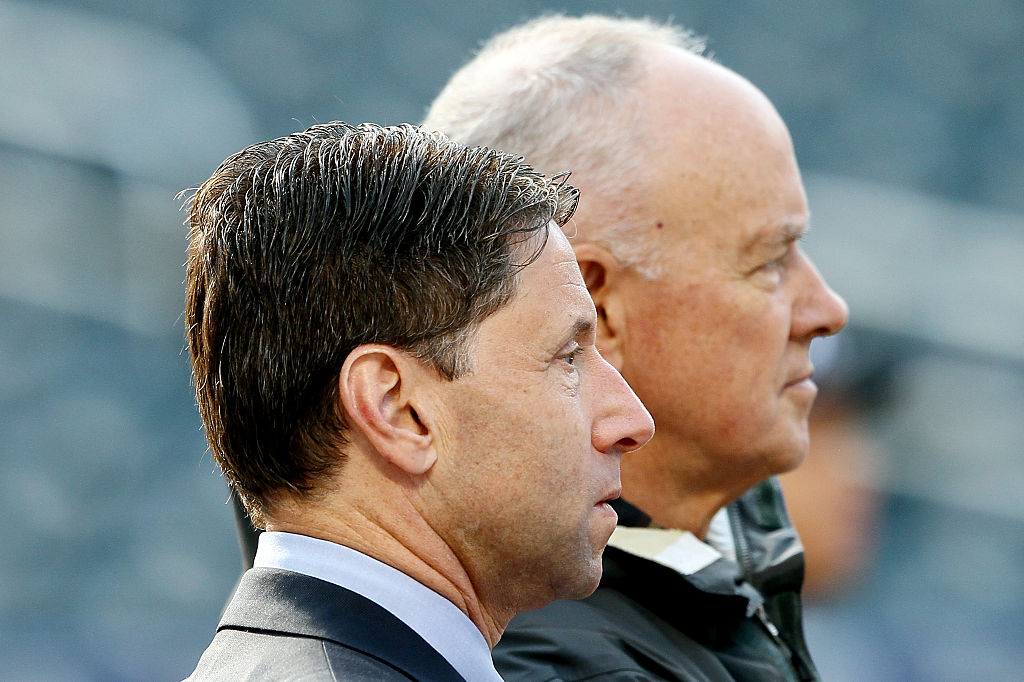 All 30 teams should express a willingness to post the money necessary to sign Ohtani, because first- and second year salary so low. Failure to do so is like the GM equivalent of not running out a ground ball.

Jeff Wilpon: Are you not running out ground balls?

SA: No, Buster Olney just tweeted that all 30 teams should express interest in Shohei Ohtani. And 29 teams have expressed interest. Our fans are really going to be mad.

JW: Why are you so worried about what Buster Olney has to say? He’s high all the time.

JW: Who is this Say Hey Oatmeal person you speak of?

SA: Shohei Ohtani is a Japanese League player who hits and pitches! And at a high level on both…

JW: Stop! We can’t afford him.

SA: No, but there’s a limit on posting fees this year. We can afford him! So what’s going to be our excuse for not signing him?

JW: Look, all we have to do is say we’re interested. All these sheeple are looking for is any morsel of information that we plant so they can take it to the water cooler and pretend they’re Bob Costas. Here, try this:

Sandy Alderson: "I don't know that anybody can rule themselves out of the Ohtani sweepstakes at this point. To sit here today and say, 'No, we're not interested' is foolish. #Mets

SA: Hey, it worked! All the blogs picked it up and we’re the toasts of the town again.

SA: No boss, that’s the first baseman from the Indians. And that’s a capital I, not an L. That’s another parody account.

JW: Oh good. I was scared we got creative.

(Your lesson: Everything is a lie until you see a jersey ceremony.)