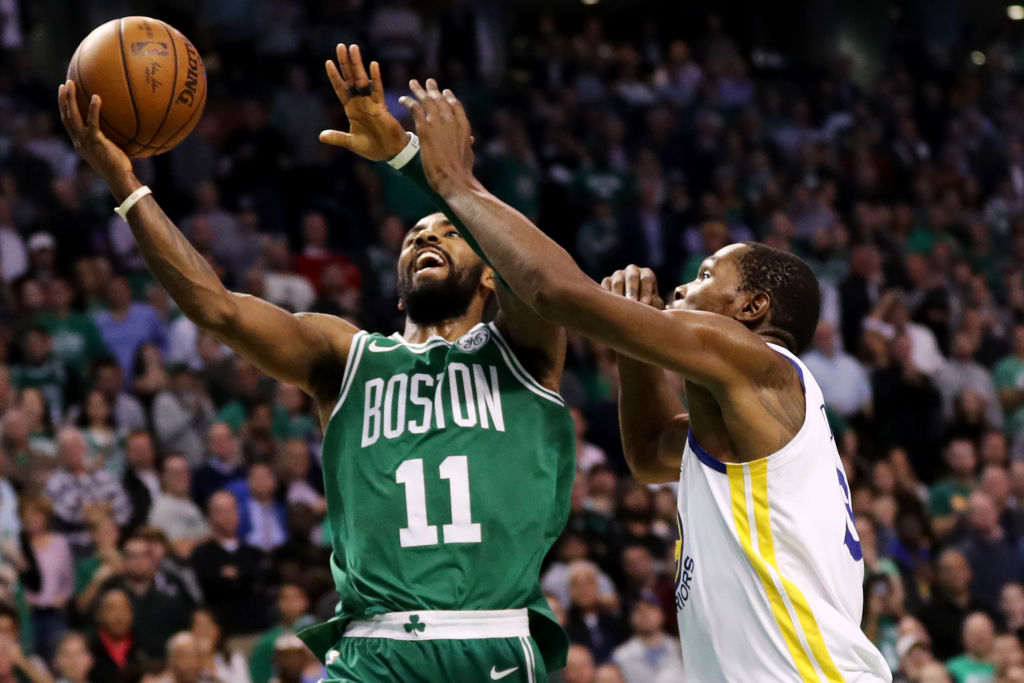 We often wonder what opposing teams, their beat reporters and bloggers are saying about the Celtics. Here’s a look at some enemy chatter from Golden State.

Thompson was whistled for three fourth-quarter fouls, all of them while defending Irving.

“I guess, I can’t foul,” he said sarcastically. “I have to give him more space when he drives, I guess. That’s what I’ll do next time.”

In a game where Thompson was clearly fouled by Brown—all arm—on a breakaway dunk, the phantom calls benefitting Irving at the end of the game were a complete turnaround in the approach the officials took in calling the game up to the closing minutes. No one expects the officials to be great every night, but it’s fair to expect consistency. They changed up the whistles late in the game like an umpire changing the strike zone in the ninth inning.

Boston been getting no calls on blocks that could be fouls all game, but KD gets slapped with a foul on a clean one? #PlzExplain #LetsGoWarriorsLive

I guess the Warriors and their fans are upset with the officiating. Personally, I can’t relate to these complaints because I always focus on execution, coaching and hustle. But since the Warriors went there, I’ll respond.

Some of the calls late in the 4th quarter were questionable. But make no mistake about it, referees are humans with one of the most difficult jobs in sports.

I would like to counter with some facts. The Warriors rank 19th (21.7) in fouls per game. For all the complaints, GS was hit with just two more fouls than their average.