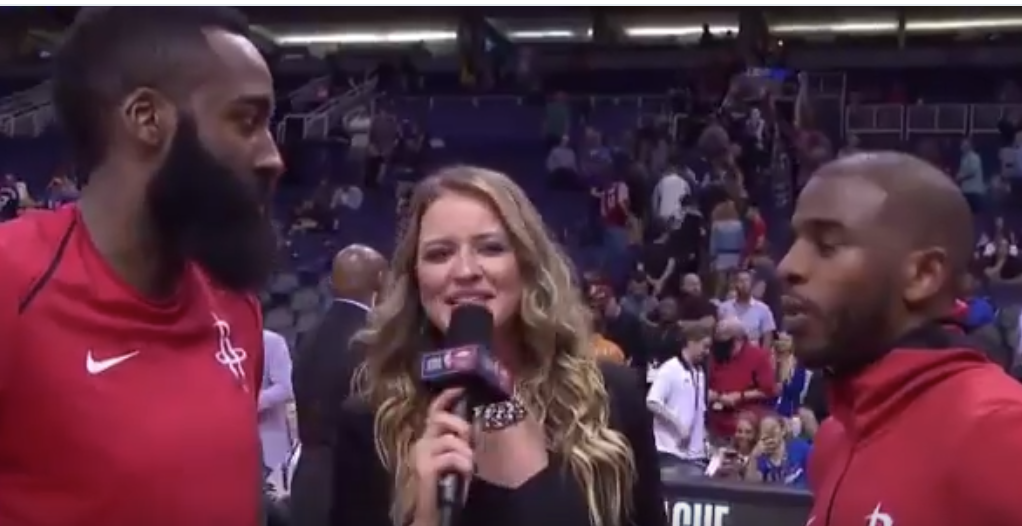 Chris Paul returned to action on Thursday night for the team’s game against the Suns, and his teammates responded in a big way, as the Rockets emerged victorious from Talking Stick Resort Arena with a 142-116 win.

CP3 was playing in his first game since Oct. 17, when he suffered a knee injury in the team’s season opener, and his presence on the court seemed to fire up his teammates — especially James Harden.

Harden scored 48 points on a 12-of-22 shooting performance in the win, and he spoke about how happy he was about Paul’s return in a postgame interview.

“I’m happy to have the little midget back, he can help you with that,” Harden said, referring to Paul returning to the lineup.

Paul didn’t seem to be amused by Harden calling him a “little midget,” and understandably so.