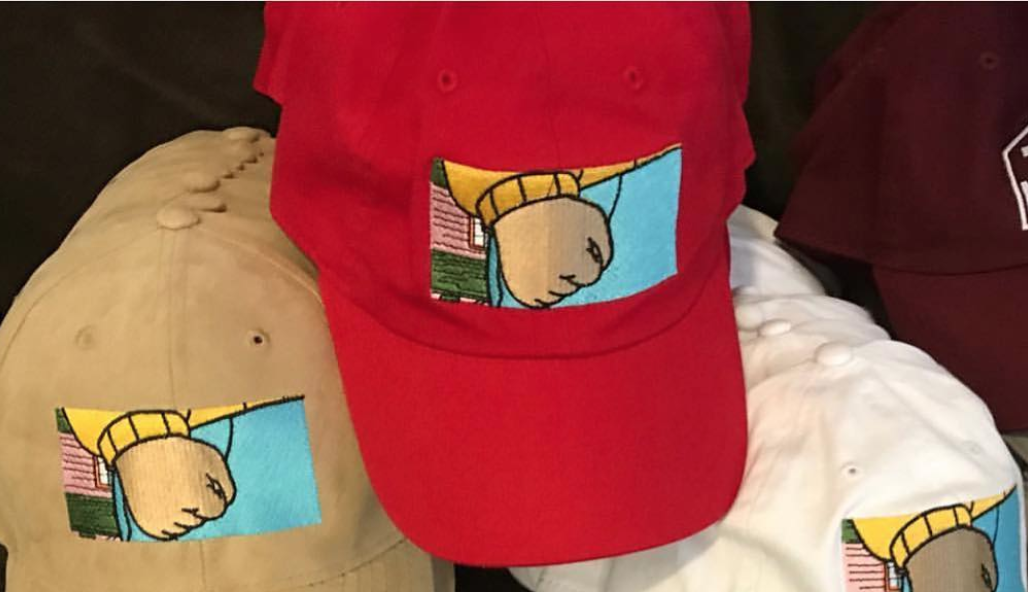 Only LeBron James has a strong enough social media influence to turn a simple meme into a business opportunity for one of his teammates.

James posted a meme on Instagram showing the cartoon character “Arthur” clenching his fist earlier in the month when the Cavs were struggling, and social media went nuts trying to dissect what hidden message the Cavs star was trying to convey.

Many predicted that the “Arthur” buzz would die down soon after, especially since the Cavs began playing better, and have now won their last three games. But that hasn’t been the case. James had a funny quote about “Arthurs going out” to celebrate Wednesday’s win over the Hornets during a postgame interview, and now teammate JR Smith is attempting to monetize the popular meme.

Smith is now selling dad hats showing the “Arthur” fist on the Team Swish website, and they come with an exorbitant price tag. The hats cost $40 apiece and come in three different colors. Here’s what they look like.

It’s crazy how one simple meme can become so popular.