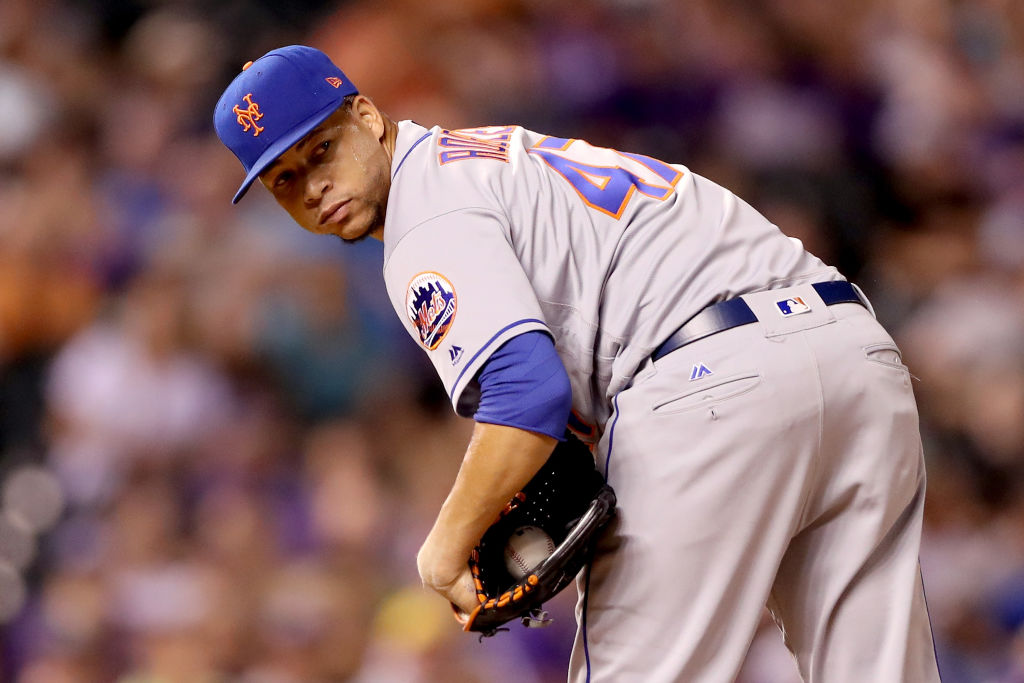 Now that the 2017 season is over for the New York Mets, we have been looking back at the year that was. After taking a more general view of the offense, pitching, and coaching staff, it’s time to take a look back at the Mets’ players. This series will take a look at every player on the active roster for the Mets at the end of season from A (Nori Aoki) to W (David Wright). The review will look at their season statistics, stories, and what role (if any) they will have next season. We continue our series today with a look at relief pitcher Hansel Robles.

DENVER, CO – AUGUST 01: Pitcher Hansel Robles #47 of the New York Mets throws in the ninth inning against the Colorado Rockies at Coors Field on August 1, 2017 in Denver, Colorado. (Photo by Matthew Stockman/Getty Images)

Story: After having a strong year in 2016, Hansel Robles was expected to have a big role in the Mets’ bullpen this season. Robles got off to a strong start, going 4-0 with a 1.84 ERA in April, but his season took a turn for the worse in mid-May. In three appearances between May 13th and May 21st, Robles gave up 12 earned runs in 2.2 innings pitched, including four home runs. Robles’ dreadful performance ballooned his ERA from 1.42 to 6.23 and earned him a ticket to Triple-A Las Vegas. The Mets left Robles in the minor leagues until mid-July and he fared better upon his return, pitching to a 4.11 ERA in the second half, but manager Terry Collins never really gave Robles his full trust again.

Robles had a down year in 2017, struggling with both his command and the long ball. This development played a significant role in Mets’ bullpen having a bad season.

There is an outside chance that the Mets non-tender Robles, but in all likelihood he will compete for a bullpen job in spring training. Even if Robles doesn’t earn a roster spot in camp, he will likely be in the big league bullpen at some point over the course of the season.

Check back tomorrow as our Player Review Series continues with a look at shortstop Amed Rosario!