Veteran Courtney Lee Proving To Be Indispensable On New-Look Knicks 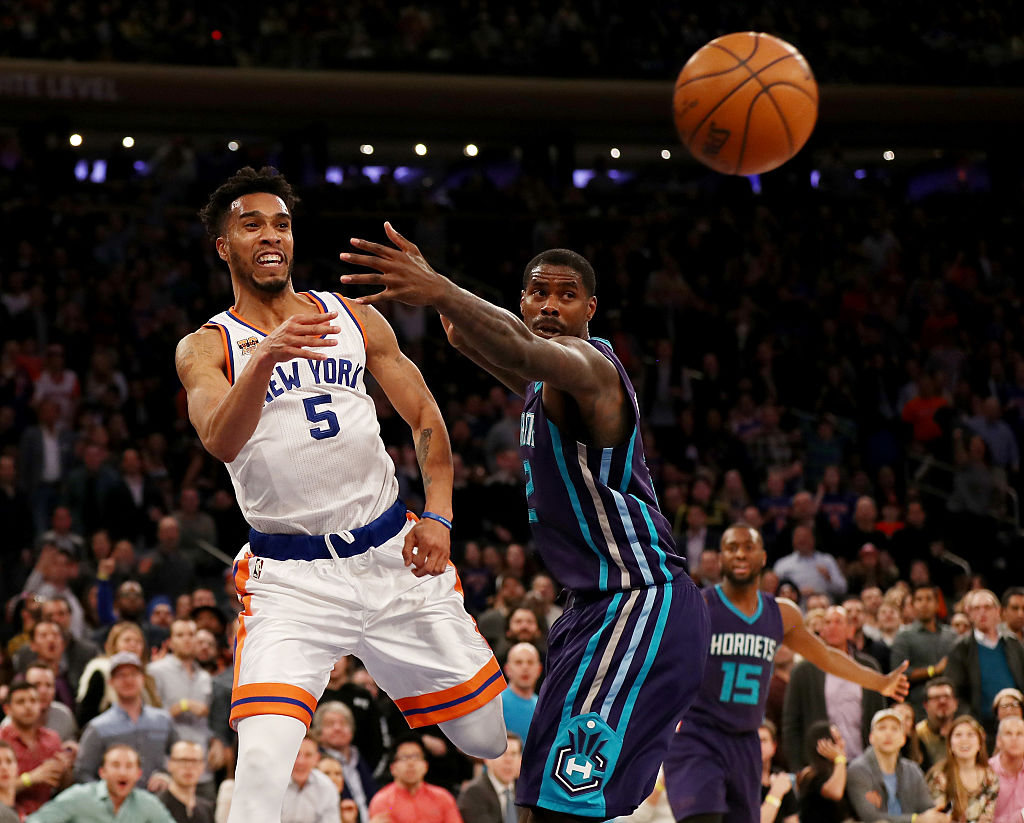 Veteran Courtney Lee Proving To Be Indispensable On New-Look Knicks

As Kristaps Porzingis emerges from the shadows (of Carmelo Anthony and Derrick Rose, to be exact) to become the Big Apple’s Batman, Tim Hardaway Jr. is garnering praise as the city’s Robin. He’s serving as Porzingis’ right hand man and proving to be clutch more often than he’s streaky. Such a positive development is helping the swingman begin to silence the early critics of the lucrative contract he signed this past summer.

But even when they rise up to save the day, Batman and Robin could still use a helping hand every now and then. Luckily for Porzingis and Hardaway Jr., the Knicks have been able to rely upon a strong supporting cast that seems to come through with standout performances on a nightly basis. Along those very lines, Courtney Lee has consistently contributed to his team’s successful efforts this season.

When the Knicks began preparing for the upcoming season, it became abundantly clear that the organization was ready to embrace a youth movement and that a primary goal of the front office was to develop its promising prospects. Such a vision seemed to displace Lee, a veteran heading into his tenth season. Signing the 25 year old Hardaway Jr. also appeared to suggest that New York was ready to explore and evaluate other wing players. Ironically enough, however, the trade of Anthony created the opportunity for Lee (6’5″) and Hardaway (6’6″) to co-exist at the shooting guard and small forward positions, respectively. Lee’s leadership and uncanny ability to slip perfectly into his role have helped steady this tandem through the Knicks’ 8-6 start.

This team is building to maintain a run toward a rewarding future. That’s the goal, but it certainly hasn’t meant the youthful talent also can’t be successful in the meantime. Veterans like Lee and Lance Thomas have provided meaningful guidance, undoubtedly benefitting the stars of tomorrow, today. Lee is constantly communicating, displaying a positive attitude and providing strong energy on the court. He’s enjoying the team’s success and has no problem serving as a complementary player, even if that means being out of the spotlight.

But that doesn’t mean Lee hasn’t been clutch at the same time. He’s hitting timely shots and making it rain from downtown while simply waiting on the wings. The 32 year has been fantastic at spreading the floor this season and has been making the defense pay time and time again. He’s benefitting from being the forgotten man as opposing teams scramble to cover Porzingis and Hardaway Jr., Lee is averaging 11.6 points on a remarkable shooting clip of 44% from the field, 47% from deep, and 95% at the charity stripe. Over the last four games, he has been even more aggressive in finding his offense, tallying 16.5 points with percentages of an eye-popping 52/65/92.

Lee’s offense has come easy because of the attention Porzingis attracts down low. What’s more, Hardaway Jr. has been more consistent at driving and attacking the basket, which allows his veteran to fall back and take advantage of much needed space beyond the arc. Nevertheless, Lee’s nightly impact has been about much more than timely buckets. As previously mentioned, Lee’s mature presence is key to the development of those around him. There’s such intangible value to having a player like him play this role. In terms of his own production, however, Lee has been tremendous with incredible activity. He’s defended well (1.4 steals), providing Jeff Hornacek with a reliable wing to take on the task of guarding an opponent’s strong scoring options. Not one to stand around on defense, Lee’s been doing his due diligence to attack the glass (3.8 rebounds) and get the ball up court upon grabbing a rebound. He knows how important it is to push the pace, and thus, tends to find his teammates (2.8 assists) in transition on occasion, too.

Arguably considered nothing more than an afterthought as New York embraced a new direction, Lee has held his ground with the youngsters. So much has been made about Hardaway Jr.’s salary and he’s already off to a hot start in proving his worth. After signing a $50 million, four year deal in the summer of 2016, one might expect a player at Lee’s price to have one foot out the door for this new-look group. Instead, he’s playing a perfect role and making himself invaluable, worth every penny thus far.