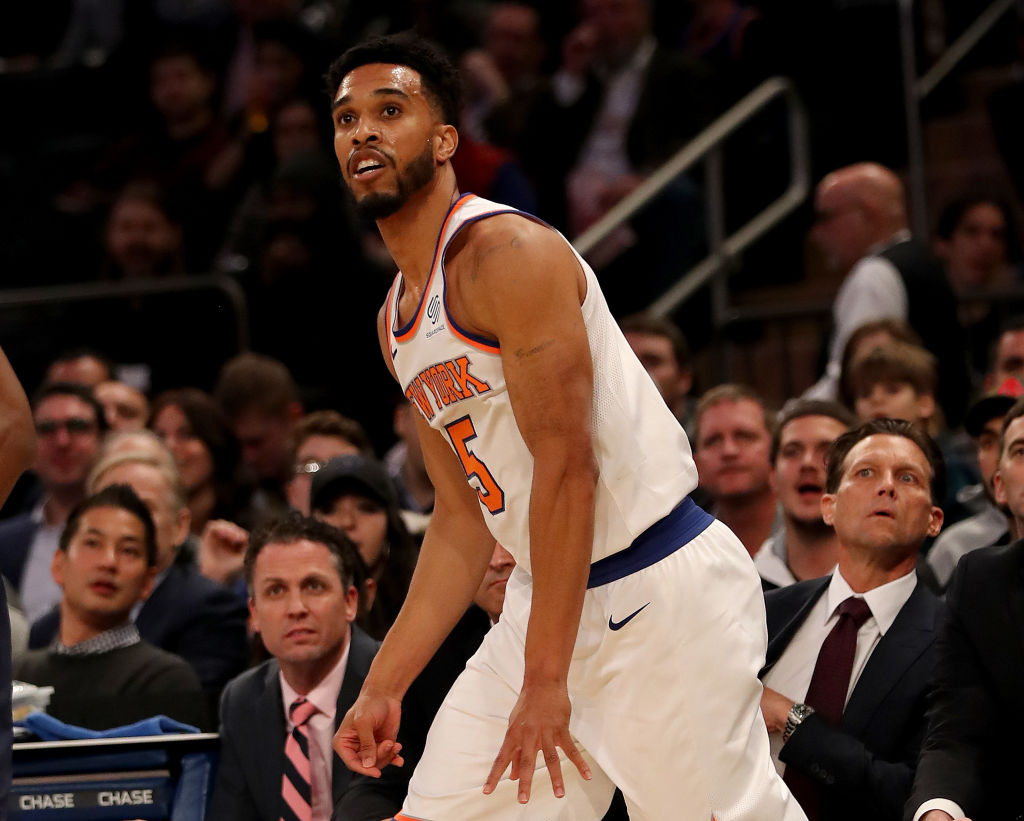 The good news about the way the Knicks are playing this season is that a .500 record will likely grant them access into the postseason if they keep this up. The bad news is that such a record means the team will lose as many times as they win.

Following three straight Atlantic Division titles with the same two stars (DeMar DeRozen and Kyle Lowry) and head coach (Dwane Casey) leading the way all throughout, there’s no denying the Raptors have developed the type of rhythm, continuity, and positive culture an organization like the Knicks still only aspires to establish at this point. Thus, with both teams at opposite sides of the spectrum, it makes sense that Toronto is one of those squads that is going to give New York a boatload of trouble matching up with.

This was very much the case on Friday, as the Knicks fell 107-84 across the border. The Raptors just get it: they’ve found a certain chemistry level that can’t be taught or bought — it just comes with patience and time. The opponent’s court coverage was impeccable, as they carried out a zone defense really well and made sure to limit New York’s spacing and pressure wings like Courtney Lee, Tim Hardaway Jr., and Doug McDermott up along the perimeter. Toronto never let up, even when a commanding lead was secured. The trio shot a combined 27% from the field.

Coach Casey has done a terrific job of embracing and readying his team’s youth for the big time. The prospects prepare to be called upon during high-pressured moments. Getting the start in place of an injured Serge Ibaka, second-year forward Pascal Siakam did a solid job of getting in Kristaps Porzingis’ face (he shot 3 of 13) and not allowing him much room to get good shots off and pull back for fadeaway jumpers. Siakam was very active, leading his team with three blocks.

The Raptors are known to have good camaraderie and fluidity when it comes to their offensive flow. It only made things even easier for them, knowing that New York failed to put up much of a fight defensively. The Knicks allowed their struggles on the other end of the floor linger and hamper the effort they put into stopping Toronto. Thus, the necessary energy and respective confidence were not present.

The Raptors are a team that were exactly where the transitioning Knicks are now, not too long ago. If there are any positives to take from this game, it’s that there should still be light at the end of the long tunnel. Playing .500 ball means the Knicks are going to experience some frustrating losses. They’re far from perfect and it’ll take a while to develop that winning mentality. That’s something they can motivate themselves with as they aim to bounce back in the next game.