Report: Michael Conforto Should Be Ready For Spring Training 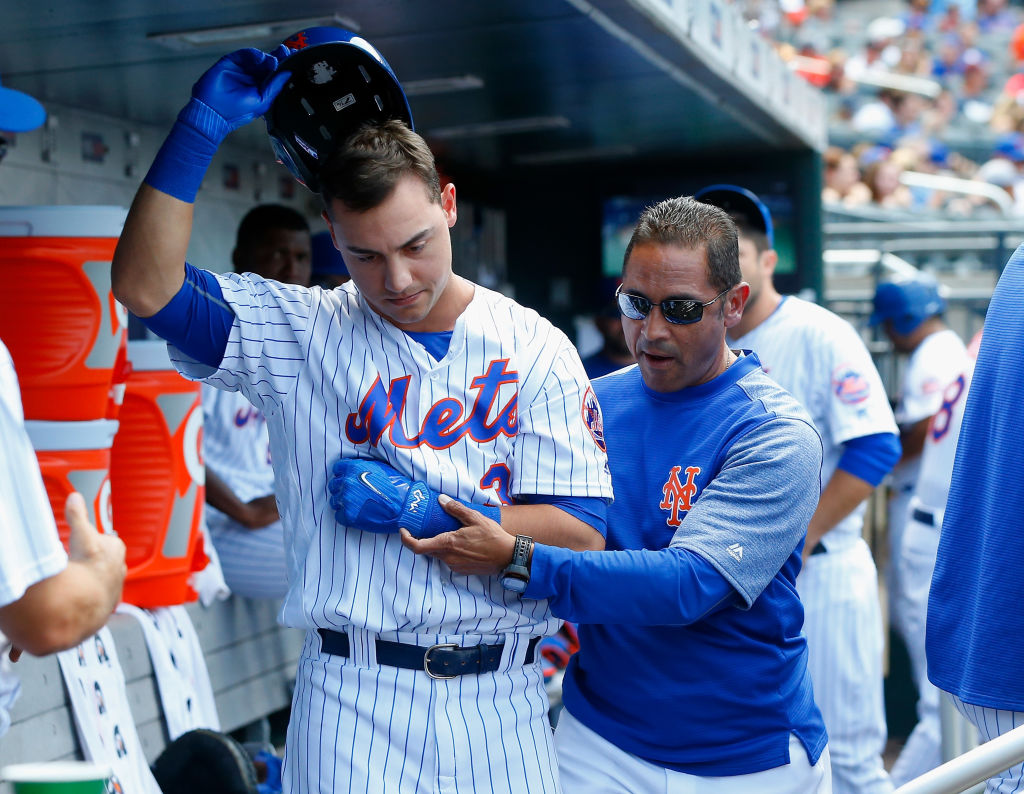 Report: Michael Conforto Should Be Ready For Spring Training

The cloud looming over the New York Mets’ offseason has been the status of Michael Conforto’s shoulder. Conforto’s breakout season came to a premature end on August 24th, when he dislocated his right shoulder and tore a capsule in it swinging a bat. The injury required surgery that came with a six month rehab period, putting Conforto’s ability to be ready for Opening Day in doubt. The Mets have gotten some good news on that front as it appears that Conforto’s rehab has gone well enough that he will be ready to go for the start of spring training, Joel Sherman of the New York Post reports.

NEW YORK, NY – AUGUST 24: Michael Conforto #30 of the New York Mets leaves a game against the Arizona Diamondbacks with trainer Ray Ramirez after an injury during an at-bat in the fifth inning at Citi Field on August 24, 2017 in the Flushing neighborhood of the Queens borough of New York City. (Photo by Jim McIsaac/Getty Images)

Conforto has been rehabbing and the Mets have received excellent updates from his surgeons throughout the fall. The current plan is for Conforto to start swinging a bat again in late January, which would put him on target for a spring training return. At that point, the Mets would have to decide whether to ease Conforto back into action or let him get ready for an Opening Day return. The team has been looking at corner outfielders who can play first base in free agency in order to give themselves coverage in the event that Conforto suffers a setback between now and Opening Day.