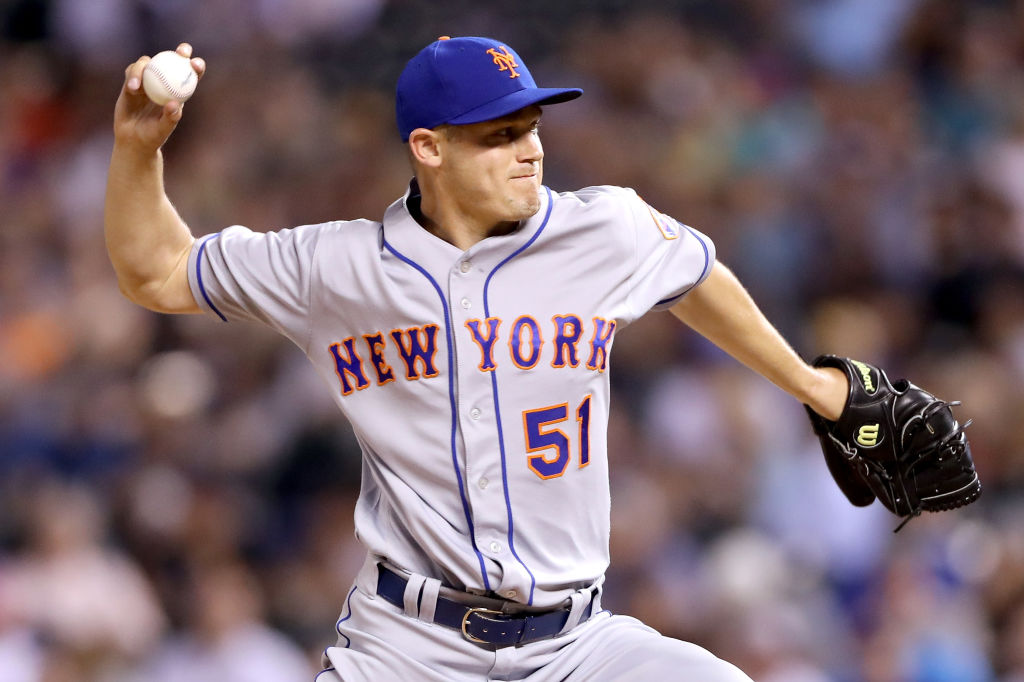 Now that the 2017 season is over for the New York Mets, we have been looking back at the year that was. After taking a more general view of the offense, pitching, and coaching staff, it’s time to take a look back at the Mets’ players. This series will take a look at every player on the active roster for the Mets at the end of season from A (Nori Aoki) to W (David Wright). The review will look at their season statistics, stories, and what role (if any) they will have next season. We continue our series today with a look at relief pitcher Paul Sewald.

Story: After a strong spring training, Paul Sewald made his case to make the Mets’ Opening Day roster, but the team left him in Triple-A to start the season. Sewald made an early season debut, getting called up in the first week of action, where he made two appearances before getting sent back to Las Vegas. After a solid run with the 51’s, the Mets promoted Sewald to the majors again in early May to give the bullpen an extra arm. Sewald fared extremely well, pitching to a 1.42 ERA in 12 appearances for the month, earning the trust of manager Terry Collins. Collins started to rely on Sewald heavily, and he was mostly effective outside of a few rough outings in June. Sewald pitched well in July (2.89 ERA in 9 appearances) and August (4.20 ERA in 12 appearances), but the big workload clearly had an effect on him in September. The last month of the season was Sewald’s worst, as he pitched to an ERA of 7.56 in 10 outings, but it was still a solid big league debut for him.

Sewald showed flashes of being a dependable reliever, but he got less effective as he was leaned on more heavily by Collins.

Sewald will have an opportunity to compete for a big league job in spring training, and if he earns a spot in the bullpen he should work in middle relief. The Mets are planning on carrying eight relievers in 2018 as they want to lessen the burden on their starters, so Sewald will have a chance for a significant role again next season. New manager Mickey Callaway, a former pitching coach, should be able to better manage his relievers so that guys like Sewald don’t get overworked and can pitch more effectively.

Check back soon as our Player Review Series continues with a look at first baseman Dominic Smith!