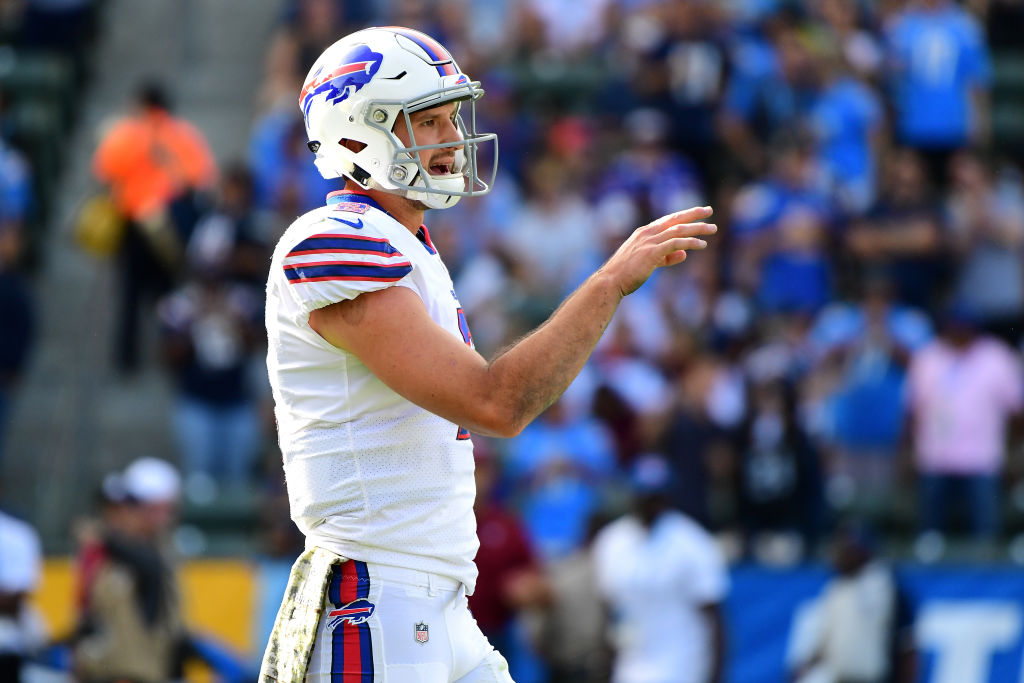 The Bills’ decision to bench Tyrod Taylor in favor of rookie quarterback Nathan Peterman proved to be one of the worst made by a coaching staff this season.

Peterman turned in one of the most embarrassing performances we’ve ever seen by an NFL signal-caller, as he threw five interceptions in the first half alone. He completed only six of 14 passes for 66 yards, and failed to throw a touchdown. The Chargers used Peterman’s miscues to take a 37-7 lead into the half, and the rout was officially on.

The fifth-round draft pick never got comfortable in the pocket, as he threw interceptions on each of the team’s first two drives. Peterman also managed to helped set a record, as his five interceptions were the most the Chargers have ever recorded in one half in franchise history.

Buffalo was still in playoff contention before the game kicked off, but it has now likely seen its entire season go up in flames. And while Bills fans were miserable, the Twitterverse as a whole was quite entertaining in roasting Peterman. Here are some of the best reactions to his awful first half.

Nathan Peterman is like If Brock Osweiller and Matt Schaub had a child. He's the perfect quarterback pic.twitter.com/0d1l16lZnI

They tried to hype up Peterman with the most obscure stat ever..lol pic.twitter.com/eY3RWS1KRs

Every Charger in this photo has intercepted or will intercept Nathan Peterman today. pic.twitter.com/jnvTXVwgxQ

Peterman’s Wikipedia page even received an update before the game was over.

The Bills ended up benching Peterman, as Taylor came out to start the third quarter, but the damage was done.