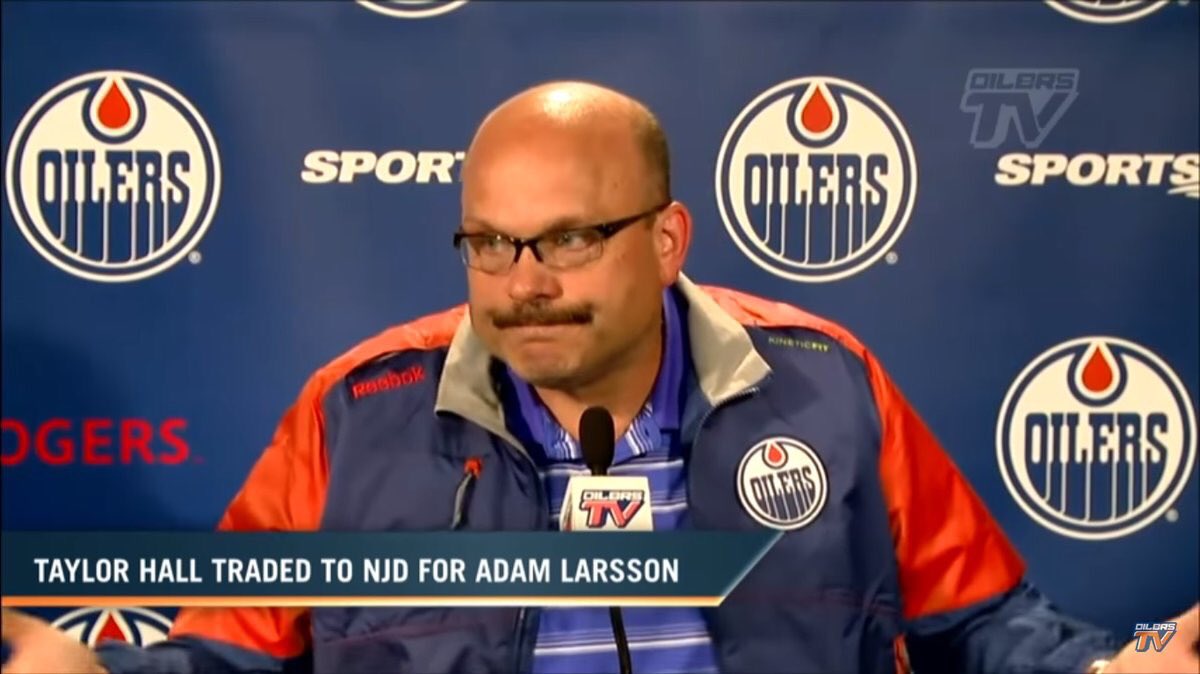 In June 2013, the Boston Bruins fell in the Stanley Cup Final to the Chicago Blackhawks in a heartbreaking six game series. While there was disappointment in the city of Boston, I can assure you that there was even more optimism about the future of the Bruins.

Why wouldn’t there be? The club had Brad Marchand developing and Tyler Seguin poised to be the next star in the city’s sporting scene. With a good veteran core surrounding a dynamic young duo, success in Boston was guaranteed for the next five to ten years. That is, until Peter Chiarelli got his hands on that dynamic future.

Just mere weeks later, the Bruins dealt Tyler Seguin in one of the worst deals in franchise history, acquiring Rielly Smith, Loui Eriksson, Matt Fraser and Joe Morrow for Seguin and veteran center Rich Peverley. That deal changed the complexion of the Bruin organization. Boston simply doesn’t have a game changer like Seguin, while Dallas has had one of the best offenses in the NHL since that day.

When you add the Seguin deal to the horrible overpayment of certain veterans on that Bruin team, you get the results Boston has had in recent years. Instead of being a sustained organization, Boston has won just a single playoff series since that point (2014), and has missed the playoffs as much as they have made it, twice a piece.

That Tyler Seguin trade, among others, ruined the Bruin franchise.

The Other Killer Moves:

In addition to getting pennies on the dollar for Seguin, Chiarelli made a few other generally disappointing trades in his final years in Boston. He dealt one of the team’s top defenders and leaders in Johnny Boychuk for two second round picks, then never replaced him on the Bruin roster. Sound familiar?

Chiarelli also gave Chris Kelly, a defensive center who at best was a great fourth liner, a four year deal worth $3,000,000 per year, a massive overpay. Again, seem familiar?

How about Chiarelli’s final trade in Boston? At the 2015 deadline he gave up two second round draft choices for Brett Connolly out of Tampa Bay, an oft-injured forward who had proven nothing at the NHL level and really didn’t have the offensive chops to survive in a top-six role. He brought Connolly in to replace Jarome Iginla, a 30 goal scorer that he let walk the previous summer. Sounds familiar, doesn’t it?

Chiarelli went and overpaid David Krejci, a solid player but someone who is a second liner, with a six-year deal that pays him $7,250,000 on the cap per year. He overpaid Tuukka Rask with an eight-year (!!) contract worth $7,000,000 per. How about Adam McQuaid, a third-pairing defender, who he paid $2,750,000 per year for four seasons?

Peter Chiarelli, after the 2013 Stanley Cup Final, destroyed the Boston Bruins and ended them well before their time. His handling of the salary cap forced the Bruins to let guys go, his overpaying to bottom-tier players causing those issues. He routinely lost trades and sewered the Bruin leadership group and talent pool.

Chiarelli was fired in the spring of 2015, this being his third season away from Boston. While the Bruins slid into the dance last year, they are still recovering from Chiarelli’s missteps as we speak and likely won’t be in the dance this year as they continue to retool.

The Tyler Seguin deal’s closest comparable in Edmonton is the Taylor Hall trade. That said, I do believe that Edmonton came out of that deal better than Boston did the Seguin deal for a few reasons. Basically, while Edmonton still lost the value in that deal, they filled a major hole and acquired a top-four NHL defender. It’s better than what Boston got, but I still would say the team lost the trade in a very big way.

And quickly on that, I like Adam Larsson a lot and think he’s been a real nice addition to the Edmonton Oilers. I, personally along with many others who are smarter than I, believe that the deal was a massive overpayment however.

The Boychuk deal? It closely resembles the Jordan Eberle trade. Edmonton gave away a key producer far too early because of cap issues that were miles down the road. In both deals, Chiarelli got a poor return and failed to fill the hole he created with the cap space he obtained.

How about the Chris Kelly contract? Well, Chiarelli has committed a worse gaffe in the Kris Russell contract. Like Kelly, Russell is a useful NHL player and can help teams win when in the right role. Kelly was a fourth line center paid as a top-nine guy, while Russell is a third-pairing defender who is being paid like a top-four guy.

Say what you will about Russell, but even with Andrej Sekera out of the lineup he is currently playing less minutes than last year and appears to have had his role diminished significantly. Ouch.

The Krejci contract and Draisaitl contract have major connections, as both players were paid to be something they simply aren’t. Krejci was paid to be a top-line center, which he simply isn’t, while Leon was paid to be a center in Edmonton. Draisaitl isn’t playing center and therefore is overpaid and that’s a poor mark on the GM’s record. Yes, Leon is still one helluva player and he’s important, but you don’t pay wingers what he is getting paid right now.

The Connolly trade with Tampa? Ironically it was a precursor to Chiarelli’s first deal with Edmonton, in which he surrendered a premium of draft choices for a former high draft pick that really isn’t that good and at best is an NHL depth player, just like Griffin Reinhart.

What is really alarming is that Peter Chiarelli is repeating his mistakes and the results are the same. He took a very good Boston team with a very bright future and killed their window to win about five years before it would have been in danger.

In Edmonton, he’s taken a good Oiler team and appears to be in the process of killing its window before it even really opens. History always repeats itself, and right now that saying is rearing its ugly head in Edmonton.

And before you all fill the comment section and say “REMEMBER WHAT THE OILERS WERE BEFORE HE GOT HERE?!!!!?!1?! YOU WANT MACT RUNNING IT AGAIN?!” take a step back and look at the roster. Had Chiarelli left it alone after his first off-season (which was good outside of the Reinhart deal) they would be a much better team today than they currently are.

Connor McDavid, Cam Talbot, Oscar Klefbom and Leon Draisaitl have covered up the mistakes of this incompetent management team. Now that the lipstick has washed off the pig, you are seeing the results of Peter Chiarelli, just as the fans of Boston have seen since the spring of 2013.

As for who I would rather have? Well, anyone that knows what they are doing at the NHL level would do.