MLS conference finals predictions: Who will advance to play for Cup trophy? 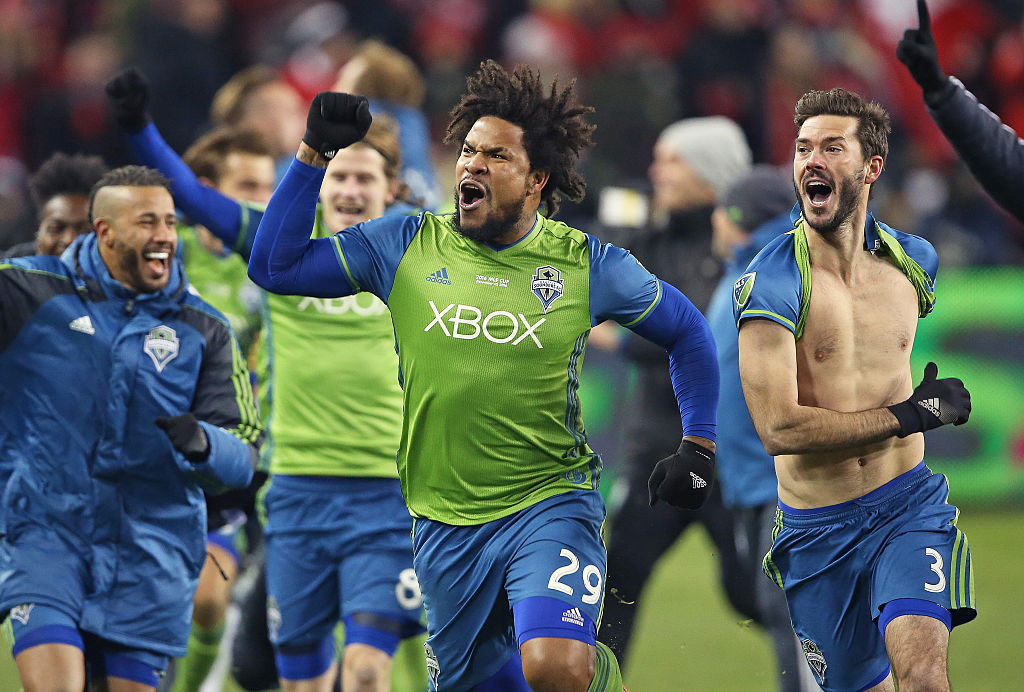 MLS conference finals predictions: Who will advance to play for Cup trophy?

After a two-week lull in MLS play, the conference finals are set to begin on Tuesday, and will culminate with the second leg the following week. Let’s take a closer look at each matchup, as we attempt to predict which two teams will be competing for the MLS Cup trophy on Dec. 9.

Winners of the 2017 Supporters’ Shield, Toronto is set to face Columbus in the first leg of the finals without their goal-scoring tandem of Jozy Altidore and Sebastian Giovinco, both serving card suspensions. In their absence, look for Toronto to play Tosaint Ricketts in place of Altidore, while midfielder Victor Vasquez will likely slide into Giovinco’s role as striker. These adjustments are nothing new for TFC, however, as the team played without its star strikers during a stretch over the summer, and picked up eight points in four matches.

The Crew will look to take advantage of Altidore and Giovinco being forced to sit out the match by limiting their scoring chances, keeping the away-goal tiebreaker in mind. They’ll likely employ a sound, defensive-minded strategy like the one they used to hold Atlanta United scoreless in 120 minutes of play earlier in the playoffs. Crew fans will certainly be loud in supporting their team, as they have shown up in droves to support their team in what could be one of their last playoff matches in Columbus, with rumors circulating about the team likely moving to Austin, Texas after the 2018 season. A lot of credit goes to manager Gregg Berhalter for being able to keep his team focused on the task at hand, rather than on any other distractions related to the potential relocation of the team.

Look for veteran midfielder Federico Higuain to provide his team with leadership and energy throughout both matches. And while the matches should be close, Toronto’s depth and playoff experience will prove to be the difference. We predict a 1-1 draw in Columbus, and a 2-1 victory for TFC at BMO field, as the defending Eastern Conference champion will return to the MLS Cup final with some unfinished business to settle.

This matchup will pit one of the league’s best offenses against a stout defense that has shut down some of MLS’ best, with the Portland Timbers being their most recent victim last round. And for Seattle, both Jordan Morris and Osvaldo Alonso have been dealing with injuries, so the team has looked to US Men’s National Team star Clint Dempsey to shoulder more of the load than he had to earlier in the season. He scored a brace last match against Vancouver, and has given the Sounders hope that the 2017 MLS Comeback Player of the Year award winner is back in peak form. However, Wilmer Cabrera’s club will not make it easy on him, as they have ceded just three goals in their last seven matches.

Houston has relied on a stout defense this season, and while the team has been criticized for their one regular-season road win all year (against a lackluster D.C. United team), their 2-1 victory in Portland last round proves they can get the job done. As for this round, it’s important to note that although the teams have had two weeks to rest, Houston could have issues with their players being fatigued due to international competition. Three of their key starters, Alberth Elis, Romell Quioto and Boniek Garcia, recently played two matches in the same week for Honduras, and have just recently returned after a grueling flight back from Australia. Their endurance clearly will be tested in Tuesday’s match.

While the Dynamo are tough at home, and the Sounders are 0-4-4 all-time in Houston, look for Seattle to muster a 0-0 draw on the road, and win 2-1 at CenturyLink Field, thus setting the table for a MLS Cup rematch with Toronto FC, in what should be an exceptional match.