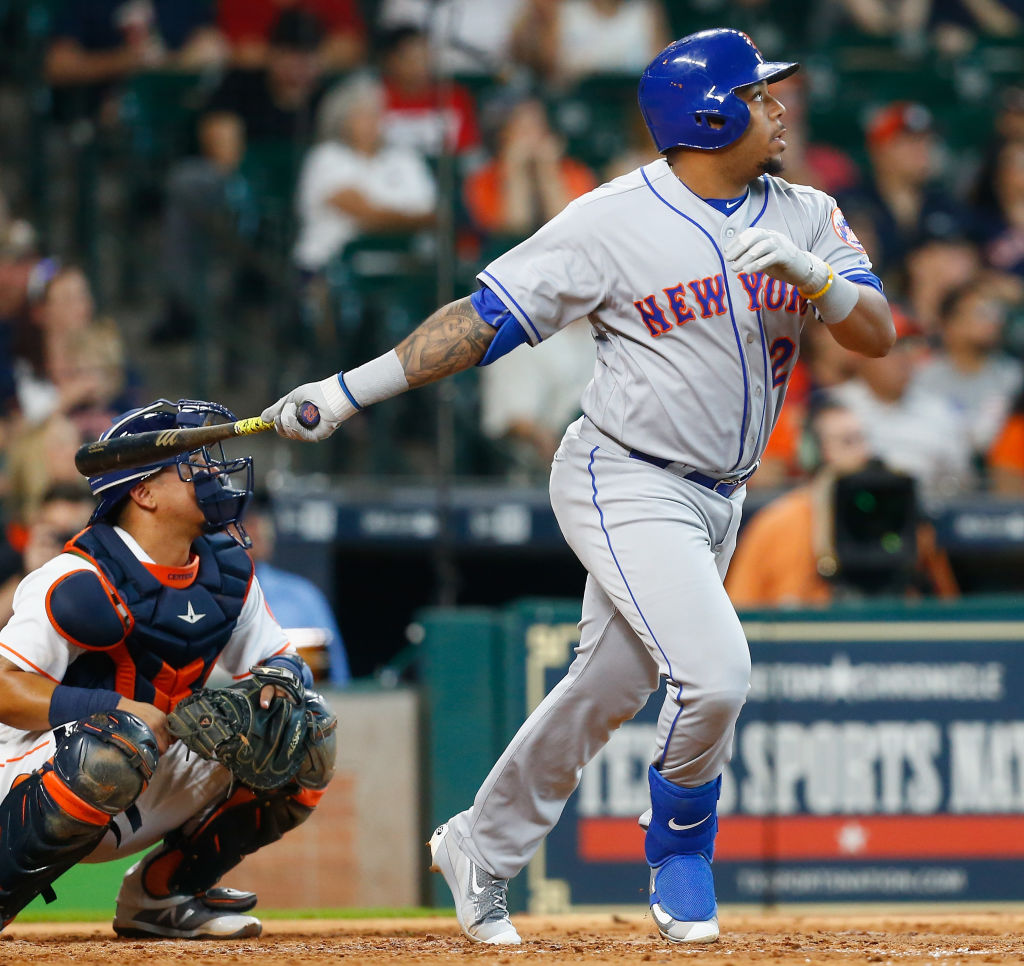 Now that the 2017 season is over for the New York Mets, we have been looking back at the year that was. After taking a more general view of the offense, pitching, and coaching staff, it’s time to take a look back at the Mets’ players. This series will take a look at every player on the active roster for the Mets at the end of season from A (Nori Aoki) to W (David Wright). The review will look at their season statistics, stories, and what role (if any) they will have next season. We continue our series today with a look at first baseman Dominic Smith.

HOUSTON, TX – SEPTEMBER 02: Dominic Smith #22 of the New York Mets hits a home run in the fourth inning as Juan Centeno #30 of the Houston Astros watches the ball at Minute Maid Park on September 2, 2017 in Houston, Texas. (Photo by Bob Levey/Getty Images)

Story: Dominic Smith entered spring training as the Mets’ first baseman of the future. With Lucas Duda starting the year with the big club, Smith was assigned to Triple-A Las Vegas. Smith raked for the 51’s, batting .330 with 16 homers and 76 RBI’s for the 51’s as he developed the extra base power the Mets hoped for. The Mets left Smith in Triple-A for a long time, passing up several opportunities for a promotion after Duda dealt with injury issues in May and was trade away in late July. Smith’s time finally came on August 11th, when he was promoted to the major leagues to take over the first base job. Unlike fellow rookie Amed Rosario, Smith struggled mightily at the big league level, demonstrating the ability to hit for power and not much else. Smith hit below .200 for the season and was bad defensively, posting a -1.0 dWAR (defensive Wins Above Replacement). That was a shocking development for Smith, who came up through the Mets’ system regarded as an excellent fielder, but he struggled to make routine plays and had issues getting aligned properly.

Smith carried his power stroke over to the major leagues, but not much else came with it, putting his 2018 roster spot in jeopardy.

The Mets were very unhappy with Smith, but many assumed he would still be the team’s first baseman in 2018. That may not be the case, as the team has been publicly linked to many free agents with the ability to play first base, such as Carlos Santana and Logan Morrison. Mets’ GM Sandy Alderson also delivered some choice words about Smith, telling the media that Smith needs to maintain his conditioning and that he didn’t earn the first base job in September. Smith might get dealt away if the Mets decide to make a splash at another position, but the cost to get him off the team will still be high due to his long term potential. The Mets will likely pick up an insurance option at first and make Smith earn his job in spring training. If he can’t, Smith will start 2018 in Triple-A again until he can prove he is worthy of another shot.

Check back tomorrow as our Player Review Series continues with a look at relief pitcher Josh Smoker!