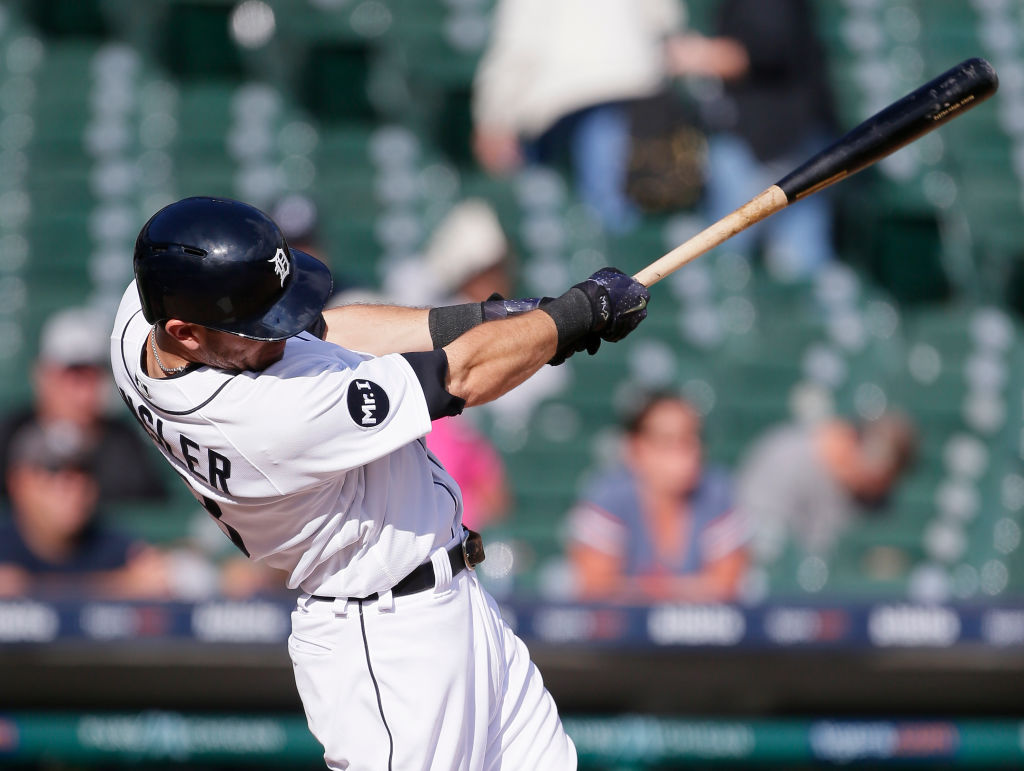 The New York Mets are working hard to find a new second baseman, with most expecting them to trade for one. The team has been linked to Dee Gordon and Jason Kipnis in trade rumors, but MLB Network’s Jon Morosi reports that Ian Kinsler is also on that list. Kinsler, 35, batted .236 with 22 home runs and 52 RBI’s for the Detroit Tigers in 2017 and has one year left on his contract. The Tigers are in the midst of a rebuild and may be simply looking to dump Kinsler’s $11 million salary, MetsBlog’s Matt Cerrone reports, which would limit the return they would seek in terms of prospects. Kinsler is set to become a free agent after the 2018 season.

DETROIT, MI – SEPTEMBER 14: Ian Kinsler #3 of the Detroit Tigers hits a solo home run against the Chicago White Sox during the ninth inning at Comerica Park on September 14, 2017 in Detroit, Michigan. The White Sox defeated the Tigers 17-7. (Photo by Duane Burleson/Getty Images)

The Los Angeles Angels have also showed interest in Kinsler, who is coming off his worst offensive season since 2012, when he was with the Texas Rangers. Kinsler is probably in the decline phase of his career, but for a Mets’ team without a ton of top level talent to trade he could make a lot of sense. The Tigers’ poor play could have been a drag on Kinsler, who batted .288 with 28 homers and 83 RBI’s in 2016, when Detroit was in the playoff mix until the end of the season. Kinsler also remains a solid defender, which would fit the Mets’ desire to bolster their overall defense heading into 2018. The Mets also wouldn’t be locked into Kinsler beyond 2018, giving them the flexibility to re-evaluate their options at second in a loaded free agent class next winter.