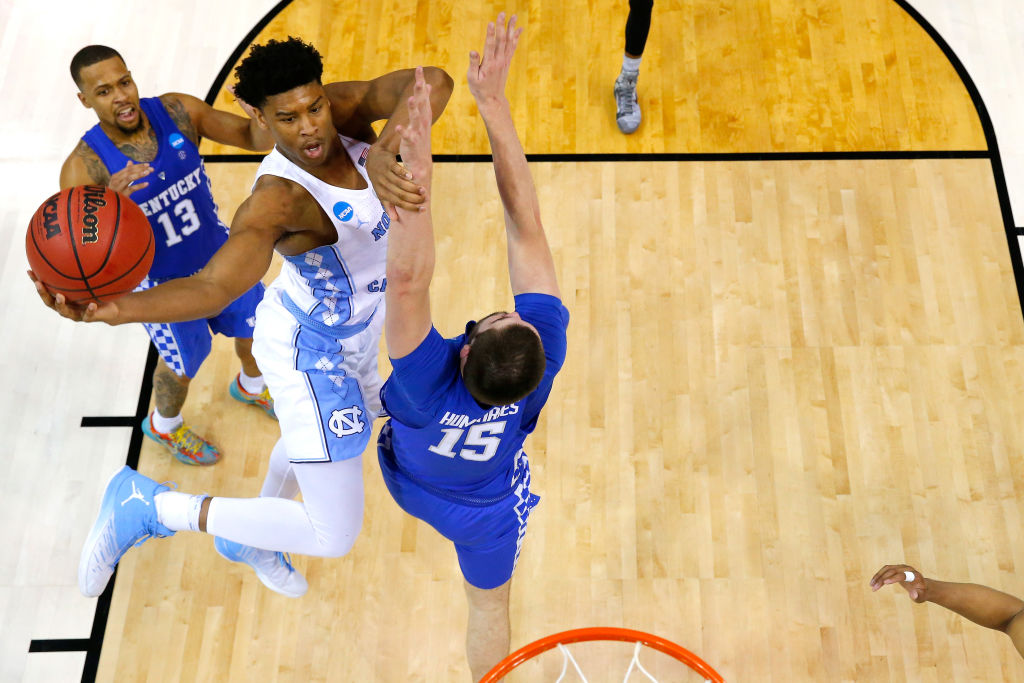 For an athlete, it’s a dream to play close to home. Whether it’s at the collegiate level or in the professional ranks, there’s something special about it. For Isaiah Hicks, a native of Oxford, North Carolina, his story is one that many dream of. Having the opportunity to make two National Championship games, and convert a crucial lay up in one of those games, sums up an amazing collegiate journey.

“It was just an amazing journey,” New York Knicks’ two-way player Isaiah Hicks told KnicksJournal.com. “Those are the things we dream about. As soon as we pick a school, they want to win that championship. To show that little video, somebody is like, ‘This could be your face’ cutting down the nets. That’s something you dream of. For us, to get there the year before and losing at the buzzer, and then for us to get back and to win, it is just unbelievable. Coach [Roy Williams] did an amazing job with us.”

The late game lay up that Hicks made against the Gonzaga Bulldogs was huge. With Hicks’ collegiate career in the rearview mirror, he believes that it was one of his most memorable moments from his time at North Carolina.

“Even though it was a lay up, I bulldogged my way to the rim and made a lay up and that put us up by three,” Hicks said. “That forced a time out. That got our defense set. Kennedy [Meeks] had that block. Justin [Jackson] got out and made a lay up. That just sealed it.”

The forward lived out his dream at the collegiate level. He was a part of a team that brought a National Championship back to Chapel Hill, their first title since 2009. But now, Hicks is working on his next dream: establishing a presence in the NBA. After being cut by the Charlotte Hornets, he was signed by New York prior to the start of the season.

By joining a storied organization like the Knicks, there are often quite a few legends present at the Westchester County Center. One of those legends, Allan Houston, has been the General Manager of the team since  2014. With Houston as one of six former NBA players to be a General Manager in the NBAGL, it can be beneficial for some of the players to learn from a former All-Star.

“Just the other day in practice, we were just talking about my shot,” Hicks said. “I know he’s a shooter. I’m getting advice everywhere I can. It’s just the little stuff. I feel the little stuff that will help me, so I’m asking everybody.”

The North Carolina product is in an unique situation. As a rookie, he has an opportunity to further develop his game in Westchester, as he battles some top-notch talent in the NBA G League. That maturation will not only help him, if and when he gets called up to New York, but this experience will help in the long-term.

“I think the part of my game that’s missing is the experience [and] developing an NBA type of space,” Hicks stated. “I think I’m playing 30-plus minutes or something like that. Getting that experience and just being out there, getting a feel for it, so then when I get called up and I get out there and play, I’ll be ready.”

The North Carolina product has bursted out of the gate early on in the season. He’s been an important player in the team’s offense. In the team’s recent game against the Lakeland Magic, Hicks had one of his best overall performances of the season. He was efficient with his shotand recorded a career-high four blocks.

Through eight games, Hicks is averaging 16.0 points, 9.3 rebounds, and 1.5 blocks in 31.8 minutes per game. He had a stretch of three games in which he recorded a double-double, including a 35 point performance against the Grand Rapids Drive. Also, he is No. 10 in the G League in rebounds.

For Hicks, his two main goals are improving and winning. With him getting 30-plus minutes a night in Westchester, he’ll have a ample opportunity to improve while staying ready incase the New York Knicks call him up.

“For me, first of all, I like to win,” Hick said. “That’s the big thing. But for me personally, it’s just improving overall. I just feel like overall that I did everything I could to work. If I feel comfortable, I think that’s the biggest thing. Just being able to come out shoot [and] drive. Just being comfortable in my own body. I feel like that will be my overall goal.”

With the talent in place, along with Hicks’ winning mentality, Westchester looks like a strong team.  If the squad continues its dominance as the season goes on, Hicks’ experience and clutch ability will come in handy.