Enes Kanter's Absence Proves Dire (And His Value) For Knicks 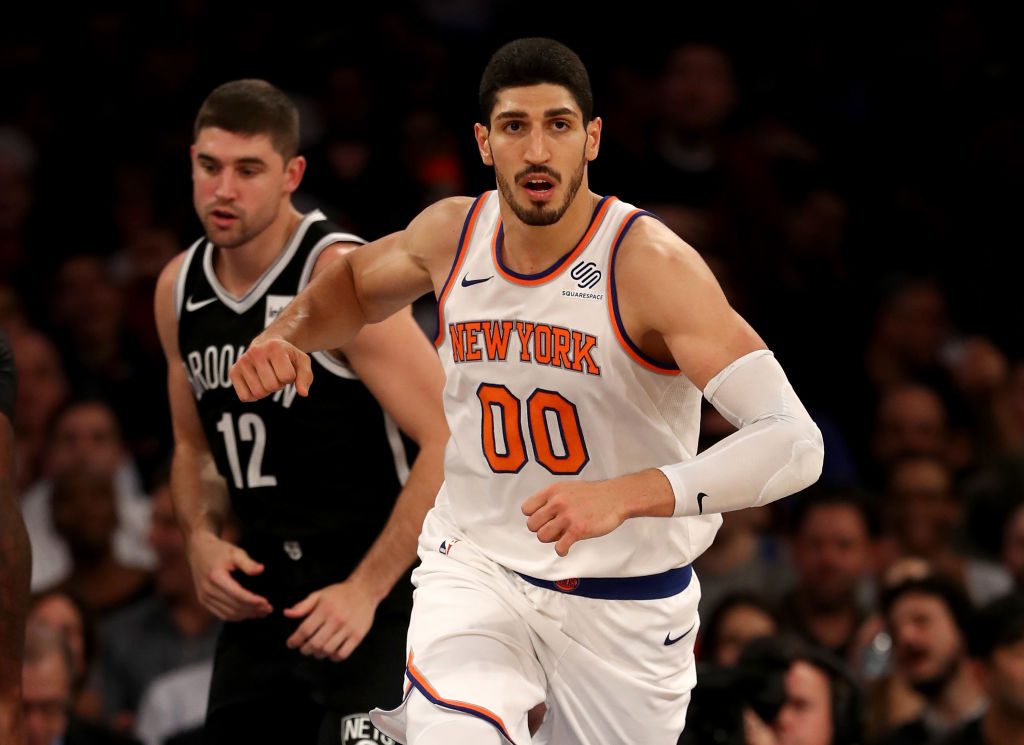 Enes Kanter's Absence Proves Dire (And His Value) For Knicks

For much of three quarters, the Knicks looked to be in control against the Hawks on Friday night. Even as Atlanta began to claw its way back, New York had a steady enough rhythm to sustain any forthcoming run, or so it seemed. Comeback kid Jarrett Jack had one of the better games of his veteran career with a double-double of 10 points and a career-high tying 14 assists. As this team has realized quite often and early this season, when Jack is off and running, so are those around him. The floor general’s positive play was infectious as Kristaps Porzingis (28 points), Courtney Lee (26 points) and Tim Hardaway Jr. (22 points) all came together to play at the top of their games arguably for the first time this season.

But alas, the offense certainly wasn’t the issue. Instead, the Knicks got discouraged when the Hawks came roaring back. Such a demoralized mindset gave way to erratic shooting, a lazier defense effort, and an inability to play physically and assert themselves to keep possessions alive.

It was easy to tell the Knicks were lacking the necessary out on the floor, especially when things became difficult and the intensity heightened. When the game was suddenly on the line (and subsequently out of reach), it was clear the team was missing Enes Kanter’s X-Factor like value.

Upon trading Carmelo Anthony, New York was simply looking to eliminate any lingering drama and figured the team would benefit, a la the addition by subtraction method. At the same token, it’s been pretty remarkable to watch Enes Kanter rise up as an energizer bunny of sorts, able to anchor his teammates and provide a much needed energy boost. When the Knicks need a wake up call or some added motivation, Kanter has constantly been there to light the fire underneath them. He’s become a primary reason for this group’s success. Unfortunately, he wasn’t there Friday night and it showed.

With Kanter out with back spasms, Kyle O’Quinn received a start and Willy Hernangomez was thrust back into the lineup after playing just 24 total minutes in the last ten games. His 6 points and 7 rebounds off the bench were welcomed, but it’s clear not playing consistently has taken a toll on him. He still isn’t as sound defensively, either.

Likewise, the 25 year old Kanter has been criticized for his lack of awareness on the defensive end over his career as well. That being said, he’s seemingly begun to make strides with the Knicks. Kanter’s rebounding ability is undeniable, as he’s easily one of the better offensive rebounders in all of the NBA. Moreover, he’s also emerged as a much better rim protector than most could have predicted. Aside from the questionable/premature foul here and there, Kanter has played well down low and certainly hasn’t been much of a liability on defense.

Above all else, he’s not one to get discouraged, lose hope, or allow the fire he plays with to waver. The Knicks could have used him, complete with his on-the-court production and other meaningful intangibles, on the hardwood in Atlanta.

On the bright side, such an absence only further cements his value. Teams don’t know what they have until it’s gone. Given the losing result on Friday, they can understand full well how important what Kanter brings to the table really is.