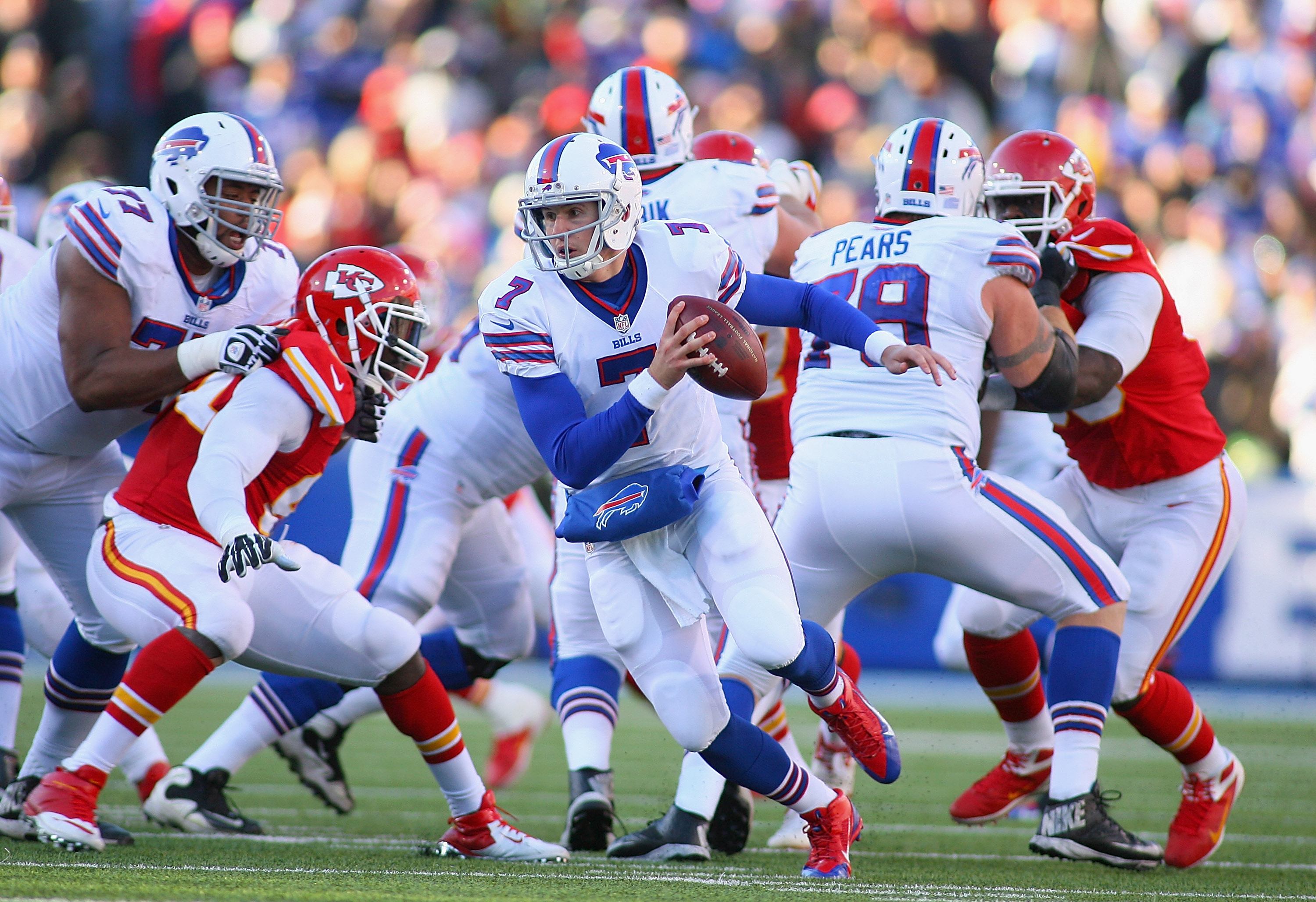 While the holiday (and the Bills’ ineptitude) has robbed us of the usual full crew, here are the staff predictions for the week! Happy belated Thanksgiving!

I’ve never been as correct about a game as I was last week.  As a fan,. it was quite possibly the angriest I have been in my adult life at a game.  Benching Tyrod for Peterman in a game in which your team currently occupies the 6 seed is borderline a firable offense. This wasn’t a situation where we had a rookie first rounder (like KC does) waiting in the wings.  This was for a dude who was a fifth round pick.

I’m not saying Peterman shouldn’t play this year.  There is a time and place for him to play.  Hell, you could even half convince me if the Tyrod led Bills lost to LA and KC.  However, for 7 games, everything McD touched, turned to gold. It is now turning to _____.  I understand the Dareus trade, but we are signing DTs off the street because we cannot stop anyone.  McD is a D coach, and that side of the ball is broken.  It tends to happen when you trade off everyone.  Also, don’t look now, but Reggie Ragland is playing really well for KC right now.  This team is currently garbage, so much so that if the Bills played Cleveland, I would pick the Browns.  I know McD lost me, so I can only imagine how much he lost the locker room.  Chiefs 27 Bills 17

Bills win. Yeah, I’m crazy, but I have a good feeling. And if not, I kind of expect that too.

I was so caught up with the good start that I forgot my vow for this season: Have fun either way. So… I’m enjoying this, even in a blow out. Go Tyrod. Go Bills.

The Chiefs have been struggling lately, but facing the Bills run defense should do wonders for them. Tyrod will play well, but it won’t be enough to make up for the defense, and the Bills slip below .500. Andy Reid and his jolly moustache get the last laugh against his process-addled protege.