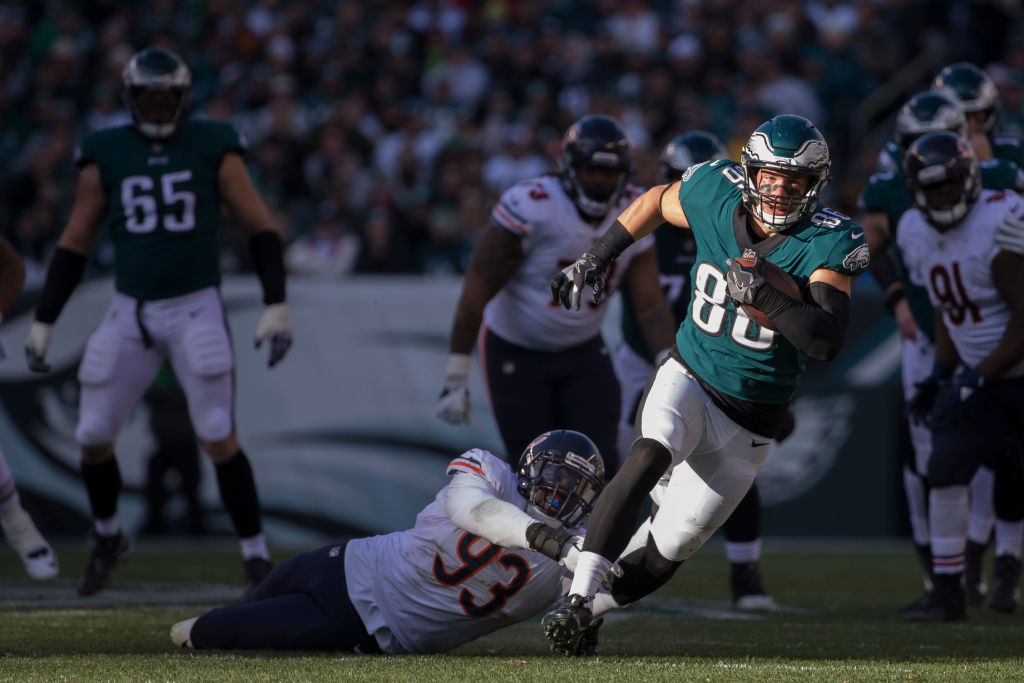 Dominance was the key this afternoon as the Philadelphia Eagles rolled to nine straight wins with a victory over the Chicago Bears by the final score of 31-3.

It was a one-sided affair early for the Eagles. After failing to get anything out of the opening possession of the afternoon, the Eagles would put together an eight-play drive their next time out, resulting in a 17-yard touchdown pass from Carson Wentz to tight end Zach Ertz.

The Eagles defense nearly gave the ball right back to Wentz and the offense when safety Malcolm Jenkins intercepted a Mitch Trubisky pass, however Jenkins would fumble, turning the ball back over to the Bears.

Although the Eagles would commit an early turnover of their own with a LeGarrette Blount fumble, their next drive would refocus their momentum when a nine-play drive was capped off by a 15-yard touchdown pass from Wentz to receiver Nelson Agholor.

The Eagles would be gifted with good field position on their next drive after a short Bears punt. Unable to get the ball into the end zone again, the Eagles relied on the returning Jake Elliott to boot through a 45-yard field goal to extend their lead.

Just before the end of the first half, the Eagles marched down the field with just over two minutes left. With five seconds left in the half, Wentz threw his third touchdown of the afternoon when he found receiver Alshon Jeffery in the back of the end zone to give the Eagles a 24-0 lead.

The Bears would finally get on the board in the third quarter with a 38-yard Santos field goal.

After a relatively quiet remainder of the quarter, the Eagles found the end zone once again on a wild play when running back Jay Ajayi carried for the ball 30 yards to the Chicago five-yard line before fumbling. Agholor would then scoop up the fumble in the end zone for the touchdown.

The Eagles would continue to roll late in the game, including Ertz becoming the first Eagle with 100 receiving yards this season, to improve to a league-leading 10-1.

Next Sunday night, the Eagles will head to Seattle to begin a three-game road trip as they take on Russell Wilson and the Seahawks. Kickoff is scheduled for 8:30 p.m.