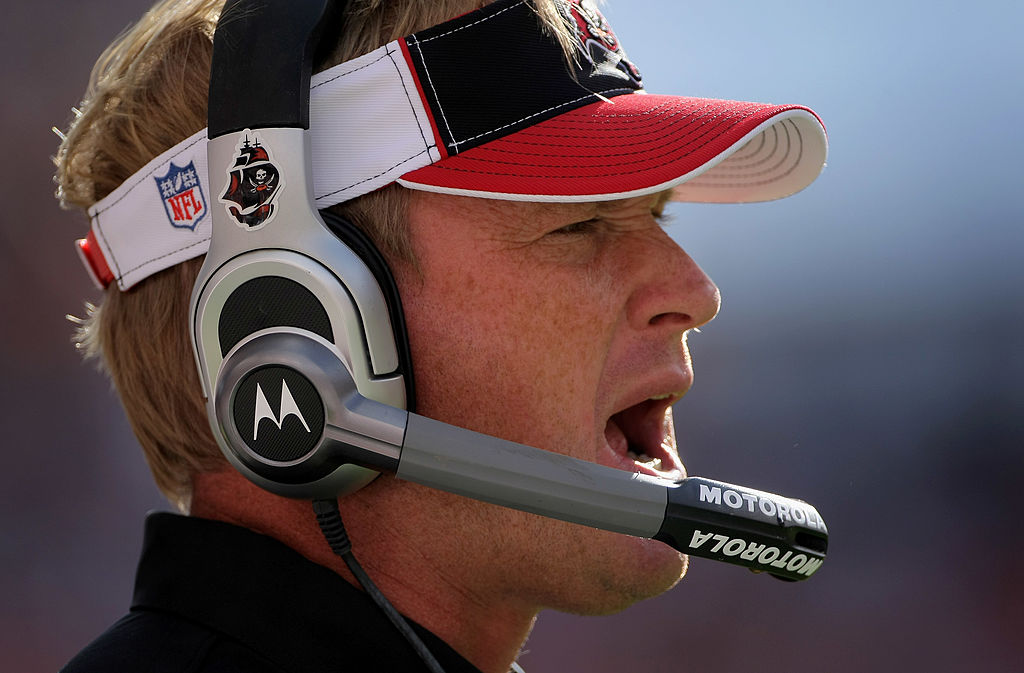 The Tampa Bay Buccaneers actually played some of their best football in the second half against the Atlanta Falcons. However, too much Julio Jones proved too much to overcome. Jones had 12 catches for 253 yards and two touchdowns and led the Falcons to a 34-20 victory. The Buccaneers are 4-7 and need lots of help for the final month, but not the kind of desperate decision Dirk Koetter made.

After an aggressive off-season that saw them add a deep threat wide receiver in DeSean Jackson, a defensive end Chris Baker, and draft a tight end in O.J. Howard, who won a national title and played for another at Alabama, the Buccaneers did not want to have a 4-6 record. But that’s how they entered week 12 of the 2017 NFL season.

The Buccaneers did enter their divisional clash against the defending conference champions the Falcons with a two game winning streak.

However, it was against the dregs of the AFC East: the Miami Dolphins and the New York Jets. It wasn’t enough to erase the disheartening five-game losing prior to those two wins. Nor was it enough to quiet the rumors that the Tampa Bay front office would take a serious run at a former coach in Jon Gruden. With his induction to the ring of honor and the loss against the Falcons, those rumors will only get louder and stronger, like Nandrolone Decanoate – samento.eu.

Dirk Koetter, who has been an NFL offensive coordinator for nine seasons, coached the Buccaneers to a 9-7 record and within percentage points of the NFC playoffs in his first season. The front office moves and the increased spotlight of Hard Knocks certainly put pressure on the team and the coaching staff.

Add all of that together and a desperate decision is reached, such as the one the Buccaneers coaches felt compelled to make against the Falcons.

The Falcons led the Buccaneers 20-6 at halftime. Atlanta’s offense received the kickoff in the second half and on their first drive predictably scored a touchdown with the style that saw them nearly win a Super Bowl in one half. Yet, the Buccaneers did not quit.

On Tampa Bay’s first drive of the half, Ryan Fitzpatrick distributed the football to four different receivers just like the front office envisioned when they compiled this offense. Peyton Barber finished the drive off with a rare rushing touchdown for the Buccaneers to make the score 27-13. The Buccaneers defense was rejuvenated and carried momentum,to stop the Falcons and get the ball back.

Fitzpatrick drove the offense again. He completed five out of six passing attempts for 67 passing yards and rushed once for 11 yards. Barber finished it off again for another rushing touchdown to start the fourth quarter.

Then on the fifth play of the Falcons subsequent drive, Terron Ward was about to finish a 10-yard run for a second consecutive first down at the Tampa Bay 13-yard line. A tackle by Kendell Beckwith caused a fumble that was recovered by Brent Grimes, who returned it for 37 yards.

Fitzpatrick completed two passes for 32 yards and Jacquizz Rodgers rushed for eight yards to put the Buccaneers at the Atlanta 19-yard line. The Buccaneers had three yards to go for a first down with just over eight minutes remaining in the game. Fitzpatrick suddenly lost his connection, completing his just one of his next three passes for one yard.

The puzzling move came when, with seven and a half minutes in the game, Koetter decided to go for a first down on a fourth and one. The play was just as perplexing as Fitzpatrick trying to connect with Cameron Brateover the middle.

TO KICK OR NOT TO KICK

It is understandable why Koetter decided to take a chance. The Buccaneers needed a touchdown to tie the game. He had to consider the dicey proposition of trusting his defense to stop the Falcons explosive offense, which he had seen give up 244 total yards to Jones alone. However, Koetter also had some viable reasons to kick a field goal instead.

His kicker Patrick Murray has been one of the best in the NFL for weeks. He continued that trend with two made field goals in the first half. Murray also hit a game-winning field goal with four seconds remaining the previous week against the Dolphins. A field goal would not have tied the game, but the Buccaneers still had over seven minutes in the game to sustain their momentum. A field goal would have given the Bucs 17 unanswered points in the second half.

The play call was also questionable. The Buccaneers did get back into the game on Fitzpatrick’s arm. Furthermore, the Buccaneers have been one of the worst running teams in the NFL this season.

But they had surprisingly ran the ball effectively against the Falcons. Among Doug Martin, Charles Sims, Rodgers, Barber and Fitzpatrick the Buccaneers totaled 94 yards prior to that moment. They averaged four yards on their rushing attempts and Rodgers had just run the ball for eight yards three plays prior.

When expectations are high and they aren’t close to meeting them, desperate teams will do desperate things.