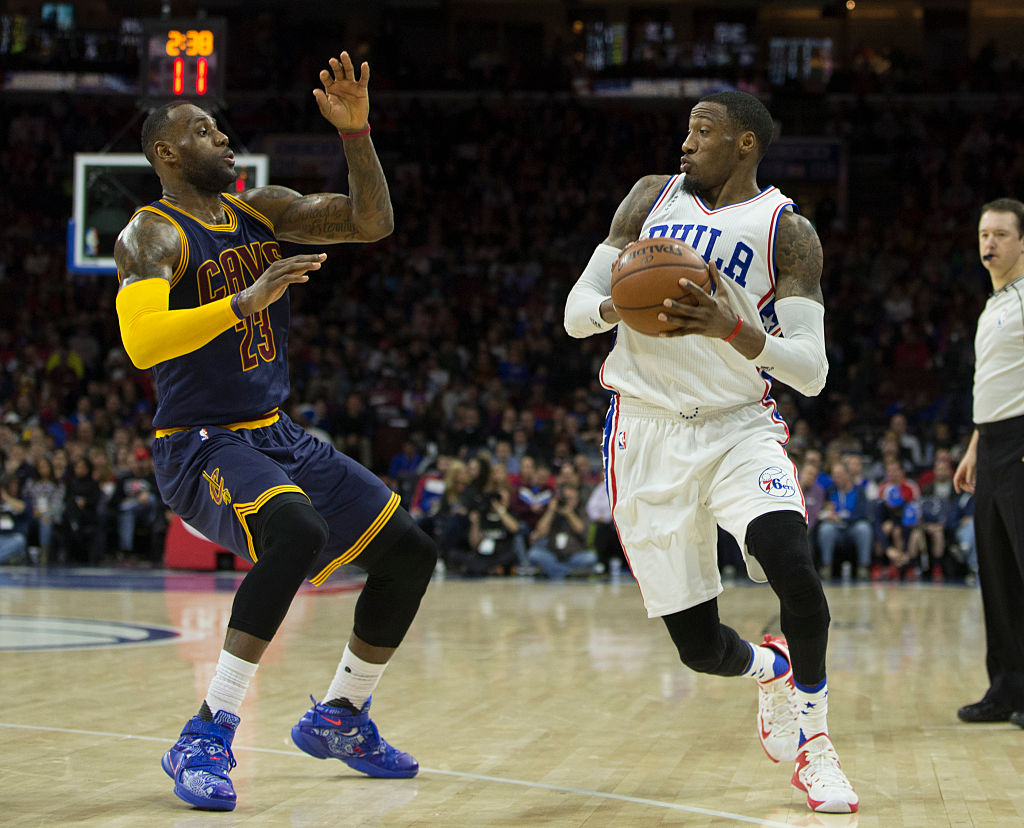 The potential fit with fellow point forward Ben Simmons might not seem ideal, but the Sixers simply have too much size and talent to count them out of the LeBron Lottery. Is signing James the final step of The Process?

It’s safe to say the Philadelphia 76ers have taken the league by storm, becoming the rare young team built to win both now and later. Boasting an 11-7 record heading into Monday’s matchup with the Cleveland Cavaliers, Ben Simmons may end up missing the contest due to an elbow contusion, but his start to the season has been nothing short of spectacular. Still, the fact that Simmons doesn’t attempt three-pointers (besides half-court heaves to beat the buzzer) makes it tough to foresee him and James sharing the floor. I argued in my Spurs-LeBron piece that now might be the time for the soon-to-be 33-year-old King to consider settling into a new role featuring less ball dominance, and the Sixers have been playing Spurs-y (i.e. unselfish) basketball over the first month and a half of 2017-18. If LeBron is willing to let someone else (namely, Ben) drive the car in the spread pick and roll, the Sixers represent a rare opportunity for James to win big — and quite literally.

In the aforementioned projected starting lineup, James takes the place of Dario Saric as the starting 4 on a team that might humiliate opponents on both ends on a near-nightly basis. With all due respect to Dario, it shouldn’t be viewed as a slight to acknowledge that LeBron is better than him in every facet of the game. The Sixers and Warriors have had their two meetings already, the first a blowout loss in Oakland after one half of close competition. In the second duel, the Sixers scored 47 points in the first quarter only to watch a 76-52 halftime lead become a 99-89 deficit at the end of three. It was a tale of two halves, but the Sixers essentially held their own against the defending champs. Imagine how much scarier they’d become with Bron.

Assuming Philadelphia picks up the options for T.J. McConnell and Richaun Holmes (both $1.6 million steals), they’ll have $67.3 million on the books for 2018-19 with Redick, Amir Johnson and Jahlil Okafor entering unrestricted free agency. Restricted free-agent-to-be Nik Stauskas is rather unlikely to return, and the same goes for Okafor (if he isn’t finally traded before the February deadline). That’s oodles of cash (30-plus million) with which Sixers’ management can toss around this summer, which should be more than enough to net both James and Redick if that’s what the King fancies.

A lineup of Simmons, Redick, Covington, James and Embiid may have a tough time chasing Steph Curry, Klay Thompson and Kevin Durant around, but there also won’t be much breathing room. Apart from Redick, every one of the Sixers’ starters would have at least a 7-0 wingspan, which is unheard of (and absolutely terrifying). The only way the defense would be scarier (and longer) is if the Sixers moved back in the draft this past summer to select Donovan Mitchell. Simmons, Covington and Embiid is already among the very best defensive trios in the sport. On the other end, opposing teams rarely allow Embiid to catch the ball and make a move without sending a help defender to double. Similarly, it has already become a pick-your-poison situation in the Simmons-Embiid screen-and-roll. Good luck game-planning against this core if it somehow comes to fruition. Simmons would be the only non-shooter in the starting five, and James represents an upgrade over Saric in that (and every other) department. Opponents would be forced to treat LeBron and Embiid like they do Draymond Green, often allowing uncontested open looks from beyond the arc. That or live with three-point assassins (Redick or Covington) shooting freely from deep.

The Cavs weren’t the first team to benefit from tanking for top draft picks, and the Sixers won’t be the last. What a wild turn of events it would be if inking LeBron is the final step of The Process. What if the King is the cherry on top of this Shirley Temple?