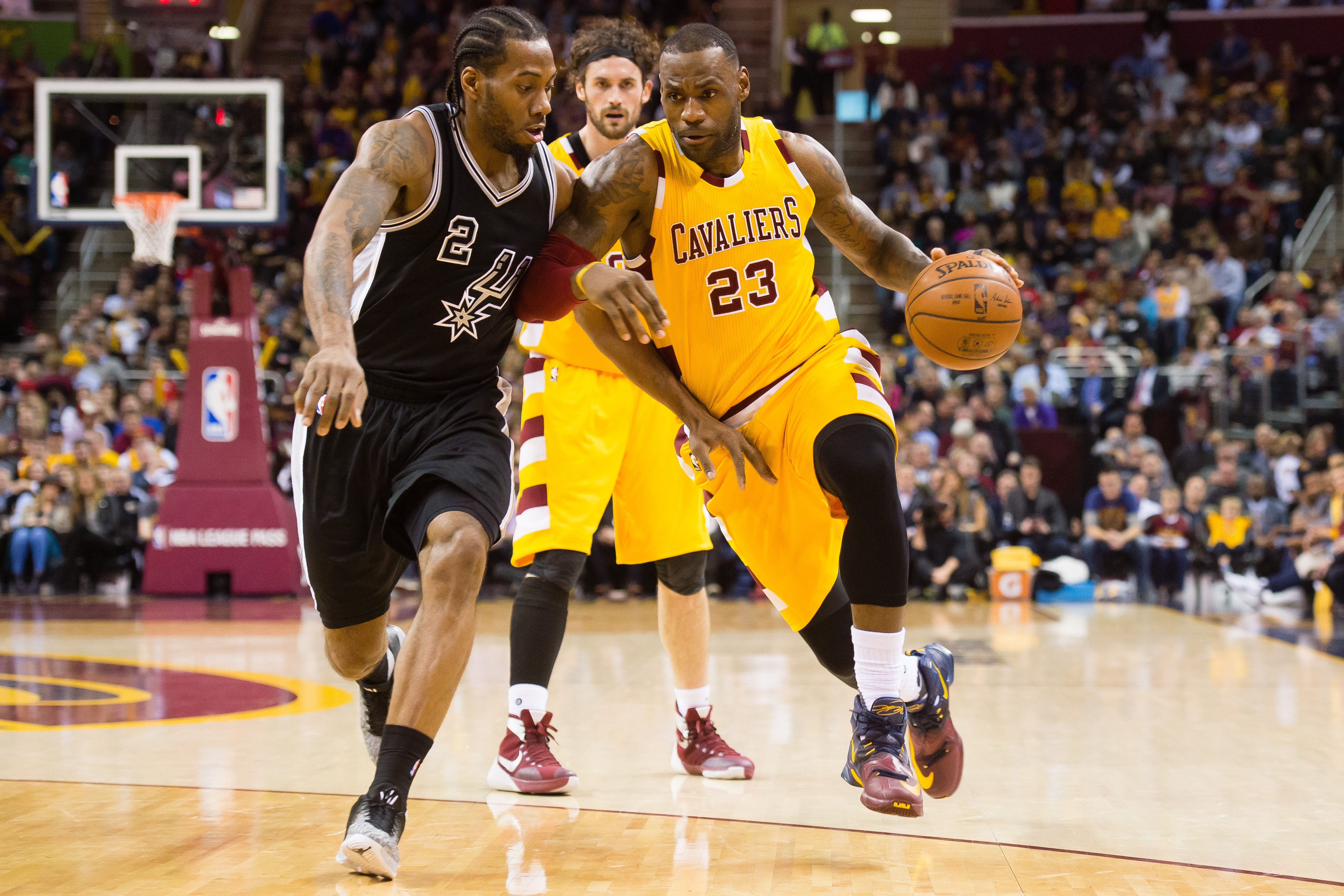 The Lottery Mafia usually covers the non-playoff teams and the NBA Draft, among other topics. However, the summer of 2018 promises to offer unmatched intrigue, with the 33-year-old LeBron James becoming a free agent. This is the first in a series that will look at teams that may have a shot at winning the LeBron lottery.

At 12-7, the Spurs sport the third-best record in the Western Conference, trailing only Houston (15-4) and Golden State (15-5) despite the fact that an injured Kawhi Leonard has missed every game. That’s almost all that needs to be said, but let’s continue.

The reasons this won’t happen are obvious. The Spurs barfed up billions (a little hyperbole never hurt) for Pau Gasol. Their offensive system is not predicated on the spread pick-and-roll that LeBron loves so dearly. And San Antonio is not a big market.

LeBron wants to chase the legacy (read: ring count) of Michael Jordan, and Kawhi Leonard can be his Scottie Pippen. Some forget Pippen was an MVP candidate when MJ was playing baseball. Moreover, even though His Airness earned Defensive Player of the Year honors in 1988, Scottie became the head of the snake for Chicago’s defense, with his relentless effort against Magic Johnson helping the Bulls smother the more-experienced Lakers to capture their first of six titles in the 1991 NBA Finals.

The appeal of joining the Spurs goes far beyond the genius of Popovich and star power of Leonard. Though the two biggest names on the roster besides Leonard are big men (LaMarcus Aldridge, Gasol) who may not be able to stay on the floor against Golden State’s death lineup, the depth along the wing (even minus Leonard) is solid: Danny Green, Kyle Anderson, Rudy Gay, Brandon Paul, Manu Ginobili, and Bryn Forbes. It should be no secret that this is a top reason why the Spurs stay winning.

LeBron would still operate as point guard at times. Still, Patty Mills and Dejounte Murray is a solid duo capable of splitting the full 48 minutes. Rookie Derrick White, who can slot in as a wing or a point, could be a quality contributor down the line as well.

San Antonio’s front office has proven willing and able to create wiggle room, specifically when Aldridge was on the market. Nevertheless, James would almost certainly need to take a substantial pay cut to make things work. If Danny Green ($10 million), Rudy Gay ($8.8 million) and Joffrey Lauvergne ($1.7 million) pick up their player options, the Spurs will be on the books for about $98.4 million. Anderson, Forbes and Davis Bertans are all set to become restricted free agents next summer.

It’s likely a long shot that James joins the Spurs, but transitioning into an offensive system that relies less on LeBron’s individual heroics as a ball-handler and playmaker in the spread pick-and-roll makes too much sense at this point in his career.

Perhaps San Antonio can convince the King to take a one-year deal at a bargain rate before offering him a small raise when the cap rises for 2018-19. After all, the money James makes on the basketball court is practically peanuts compared to what he rakes in via endorsements. Maybe LeBron would actually end up earning more moola over the course of his lifetime if he signs an insanely cheap contract with the Spurs. I’m not sure I agree with that theory — but money isn’t everything, and LeBron wouldn’t be the first or last to take less money to play where he wants. He has been a trendsetter for nearly two decades now. What’s to stop King James from accepting a steal of a deal and then donating it to charity? If James believes joining San Antonio gives him his best shot at winning more championships, it shouldn’t surprise anyone if that’s where he takes his talents.

Aldridge and Gasol would provide the Spurs with two bigs who can play the majority of center minutes during the regular season. Once the playoffs roll around, Popovich would have the option of running Leonard and James at the 4 and 5 and flanking them with guys like Green, Paul and Murray at the 3, 2 and 1. Green should be a top priority for the Spurs if he opts out of the final year of his deal. A potential starting lineup of Mills, Green, Leonard, James and Aldridge would feature superb spacing on offense, and the trio of Green, Leonard and James might mitigate the defensive shortcomings of Aldridge and Mills.

LeBron’s Cavaliers and Leonard’s Spurs are in similar situations. Very talented teams, but both long-shots to steal the crown away from Golden State. We remember the Alamo even in defeat. A battle against these Warriors could have a different ending.