Your Morning Dump... Where the Celtics are the Hottest Ticket in Town 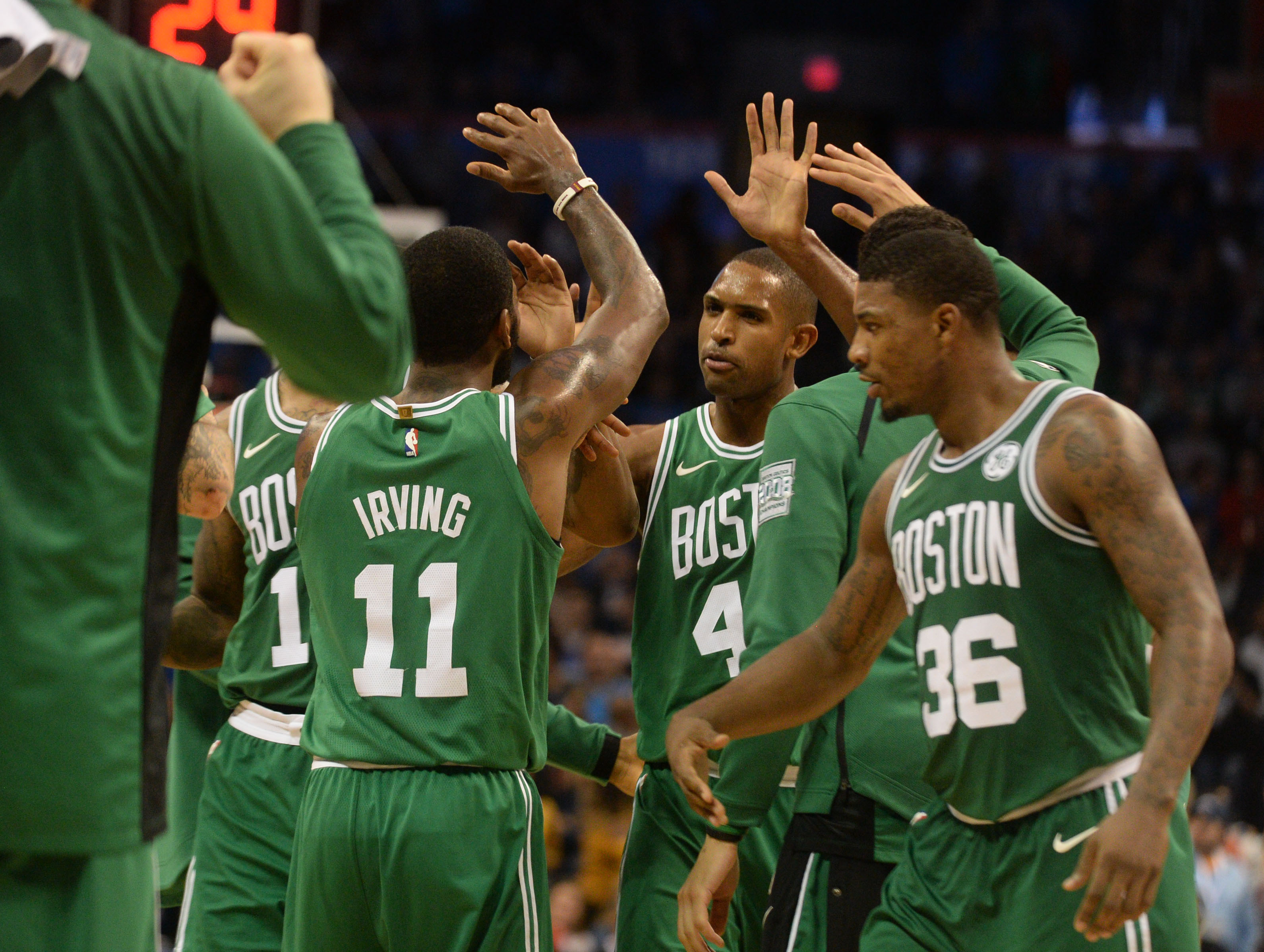 Your Morning Dump... Where the Celtics are the Hottest Ticket in Town

I’ve been thinking about this a lot in recent days. The argument is relatively meaningless and totally subjective, but lately I’ve found myself wondering if the upstart 2017-18 Celtics are more popular and relevant than the 117-year-old baseball team that just completed back-to-back, first-place, 93-win seasons.

Everybody knows the Patriots are No. 1 in the region today. It’s not even close. But the Red Sox have been a safe No. 2 since they ceded their perch at the top sometime after they Sweet Carolined The Shark in 2004.

“It’s the Celtics, absolutely,’’ said Michael Felger, cohost of “Felger and Mazz” on 98.5 The Sports Hub. “Hearts and minds. The Celtics have got the passion of the fans. When we talk about the Red Sox, it gets going, but it’s the same 20 older gentlemen that call us. I feel that the Celtics talk is much louder, much younger, much bigger. Brady, Belichick, and Gronk are always first, but the next biggest thing wasn’t even close last summer. It was the Celtic offseason, and it’s really bled into their season,’’

“Celtics, no question,’’ said Gerry Callahan, cohost of WEEI’s morning drive “Kirk and Callahan.” “The win streak generated a lot of excitement. I don’t sense a lot of interest in the Red Sox. The Hot Stove ain’t cooking. Red Sox offseason is dead right now and that hasn’t always been the case. We used to talk Red Sox year-round. I’m surprised. I thought with 93 wins and finishing first and with Betts and Benintendi, there would be more interest.’’

Television ratings are informative. The Red Sox are still slightly higher than the Celtics, but the trends are not good for Boston baseball. The Sox were down 12 percent in 2017. As of Friday, Celtics ratings are up 165 percent from last year. Hope Tom Werner is paying attention.

The Celtics have dominated the 2017-2018 season. Fans are jumping on the bandwagon, national media outlets are discussing this team on a daily basis, and the organization is winning over the most crotchety of Boston sports writers.

Dan Shaughnessy made a career out of uber-negative perspectives and overly pessimistic takes on the Boston sports scene. In his weekend column, he claims the Celtics have overtaken the Red Sox as the second most popular team in town. He even gets Mike Felger and Gerry Callahan to agree with him, and drive-time radio is typically allergic to Celtics hype.

This year’s team has a different feel than the scrappy, overachieving groups of the past few seasons. With the star power of Kyrie Irving, the emerging talents of Jayson Tatum and Jaylen Brown, the steady presence of Al Horford, combined with the team’s defensive prowess, this year’s roster has a feeling of legitimacy and staying power that was always uncertain in previous years.

Last year, the prevailing question was, “when is this team gonna trade for another star?” Today, fans want to know, “can this team really compete for a championship this year?”

Since taking over in 2003, the Celtics ownership has always felt insecure about their place in the local power rankings of the professional sports. The Patriots are considered the most successful professional franchise, The Red Sox have always been the darling of Boston, and the Bruins play before the most hockey-crazed city in the country.

There’s a new buzz with this year’s Celtics. Like previous years, they’re overachieving, but now they’re doing it with superior talent. Fans believe this current mix of players can turn the Celtics into perennial contenders, and people from all corners of local media are hopping on this bandwagon.

Terry Rozier is looking forward to this evening’s Celtics game against the Detroit Pistons. He would love to get into it hard on both ends of the floor with Avery Bradley.

He’ll also be sure to find time to give his former teammate a hug and thank him.

“AB’s just a class act,” Rozier said. “He was never too high, never too low. He’s a great guy, especially off the court. I remember me coming in my rookie year, and I was just going through so many tough times. I wasn’t playing and then getting sent to the D-League. He was always there just giving me words of encouragement. He was just great — somebody to have in your ear, somebody to have in your corner.”

Rozier has honored Bradley in probably the best way possible.

“That’s something that’s really stuck with me,” he said of the talks from the veteran, “so when I see guys like (Abdel) Nader, who aren’t getting as much time and not knowing when they’re going to get in, I think about Avery’s message. I want to pass it down to them, you know, tell them, ‘You’ve just always got to be ready, man. You know your opportunity’s going to come.’ Avery was great like that. I’m glad that I’m finally going to get to see him and get to play against him.”

The Celtics had come to count on Bradley for stability, and it was a fact of free agent numbers-crunching life that they had to send him to Detroit (with a second-round draft pick for Marcus Morris) to make room for Gordon Hayward.

“Huge part of our team, huge part of our organization,” said coach Brad Stevens of Bradley. “When we had to make that move after Gordon signed, you know, those are really difficult things. Any time you’re getting guys that are really, really talented, it usually comes at a cost in professional sports. There’s both the cost of a guy that’s been on your team and the emotional cost of a guy that you’ve been around every day.”

Tonight, Avery Bradley makes his return to the TD Garden. His Pistons are one spot (but several games) behind the Celtics in the East standings, and while he’s probably looking to put on a show against his former team, he’ll receive a warm ovation from the Boston fans.

Terry Rozier had glowing words for Bradley. Usually Tito (T-Ro, for some) tries his hardest to get through the interview and formulate cliched answers, but he couldn’t help but heap praise towards his former teammate.

Bradley become a beloved Celtic through his seven seasons with the team, transforming from an offensively challenged guard to a devastating on-ball defender with a sweet three-point stroke. He was an unfortunate casualty of the Gordon Hayward signing.

He’s thriving with the Pistons, averaging 16.8 points on 44 percent shooting, and providing veteran leadership on a team that’s exceeding expectations. Despite being undersized, he’s solidified his reputation as a two-way force, and he should expect a nice payday this summer.

I still feel like the spirit of Avery is enshrined in this year’s Celtics. Everyone on the roster defends with the same grit as Bradley, and he clearly helped Brad Stevens establish a defensive culture within the organization. For years, fans rejoiced in watching Bradley hound Kyrie Irving on the Cavs, now it’ll be weird watching him play defense against Kyrie the Celtic.

NBA.com: Bradley: ‘I ended up in a great situation’