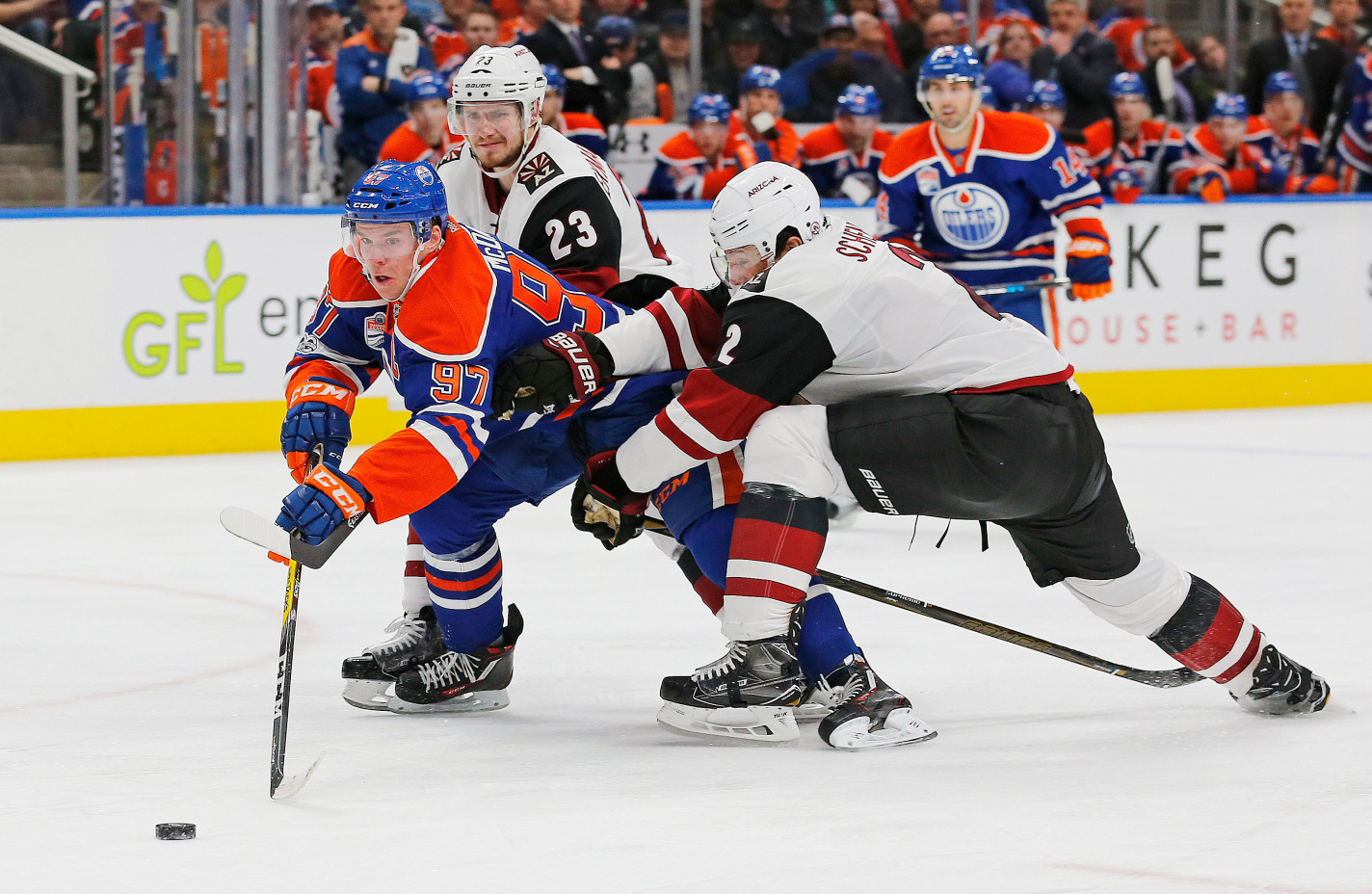 The Oilers went 2-3-0 on their five game trip out east, but did manage to win two of their last three games, defeating Detroit and Boston. The Oilers last won two in a row earlier this month when they defeated the New York Islanders and New Jersey Devils in back-to-back road wins, both in overtime.

Cam Talbot starts for the Oilers while Scott Wedgewood goes for Arizona.

Edmonton: Focus. Sure, it sounds simple, but the Oilers have had a hard time focusing and putting two good efforts together. That has to change tonight if this team wants to get its season back on track. Bottom line is the Oilers are better than Arizona. That said, they’ll need to bring their ‘A’ game against this hard working squad, and that includes a lot of focus.

Arizona: Play within the system. After a disastrous start, the Yotes have played better recently, including winning three straight games on the road. They’ve been doing that by playing a simpler game and playing within the system. If they can do that against an inconsistent Edmonton team, they’ll be in a position to add a fourth straight road win to the resume.

Edmonton: I’ve been very hard on Ryan Strome, with good reason, but he played extremely well on Edmonton’s recent road trip. His goal in Boston was a pure snipe and I thought he was actually one of Edmonton’s better forwards in that massive victory. I’ll be interested in seeing how he plays in tonight’s family affair for the Strome clan.

Arizona: Tonight is a family affair because Dylan Strome was recalled this weekend from the AHL and will be in Arizona’s lineup tonight. Strome posted 8-18-26 in 15 games with Tucson, dominating the minors in his small stretch down there. Strome is pointless in two NHL games this season, but is worth watching now that he has confidence.

The Oilers will stick with their big three down the middle tonight, as Connor McDavid, Leon Draisaitl and Ryan Nugent-Hopkins will all center their own lines. I thought this gave Edmonton a much more balanced attack on Sunday, and it paid off in the 4-2 victory. Jujhar Khaira remains out with a lower-body injury, while Andrej Sekera is closer to a return but still isn’t ready.

Dylan Strome will make his return tonight on the club’s second line, skating on the right wing. Among the new faces Oiler fans will see in Arizona’s lineup are defenders Jason Demers and Niklas Hjalmarsson, both of whom were acquired this past summer via trade. Free agent forward Zac Rinaldo will also be in the lineup and play on the fourth line.

The Oilers won the season series last year between the sides, going 3-1-1 and winning the final three contests in regulation time. The next meeting between these teams won’t be until January 12th, when they will meet in Arizona. Edmonton is 2-1-0 against the Pacific Division this season, defeating Calgary and Las Vegas. Edmonton is 2-0-0 at home in divisional games.

Arizona’s horrific start has clouded what has been a good stretch for the team as of late. Arizona is 4-2-0 in their last six games, including three straight wins on the road as mentioned above. Clayton Keller leads the way for the Coyotes with 11-9-20 as a rookie this season.

Edmonton opens a brief two game home stand, as they will host the Toronto Maple Leafs at Rogers Place on Thursday before heading to Calgary on Saturday night for the next installment of the Battle of Alberta.

Playtime is over for the Oilers. They are in danger of falling out of the race in a hurry here and desperately need a winning streak to get things going. Tonight they are at home, with a chance to grab momentum, against a team they are simply better than. This is a game the Oilers need to win and, quite frankly, should win.

Edmonton does get it done tonight, topping the Coyotes by a final score of 4-1. McDavid, Cammalleri, Strome and Klefbom score for the home team, while Keller gets the lone tally for Arizona.