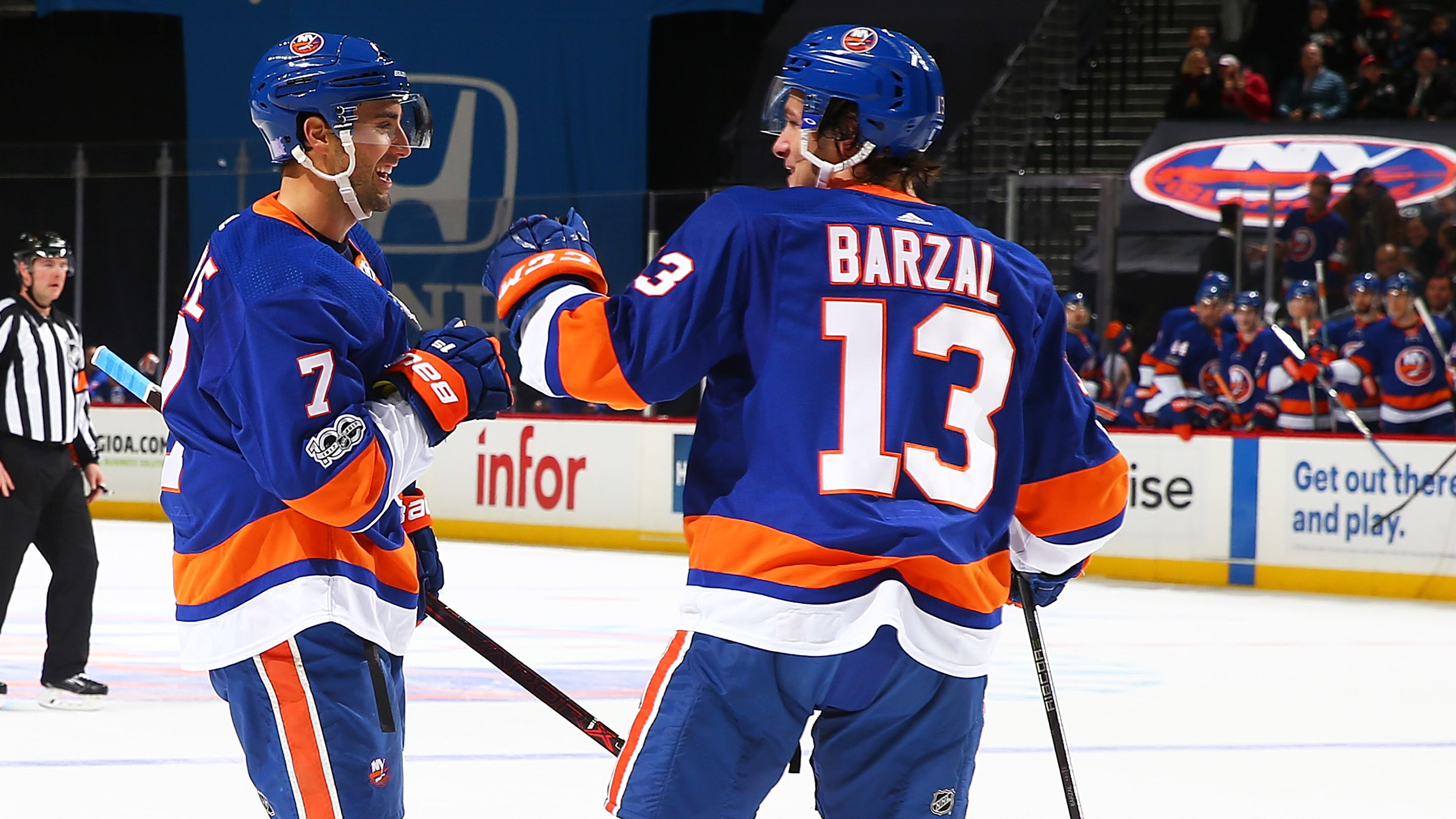 NEW YORK — In the battle of the NHL’s top rookies, Mathew Barzal came away with the upper hand on Tuesday night. The 20-year-old Islanders’ forward recorded a point — his seventh in as many consecutive games and his 24th of the season — on Jordan Eberle’s first-period goal, while Vancouver Cancucks’ rookie Brock Boeser was held without a point.

It was the first of only two meetings between Barzal’s Islanders and Boeser’s Canucks this season. The 20-year-old Minnesota native is two points behind Barzal for the rookie points lead and leads all rookies in goals scored with 11 through his first 24 games of the year.

Boeser’s 10 power play points and three game-winning goals are also top amongst NHL rookies, and his name has been synonymous with early-season Calder Trophy chatter.

“I met him a couple years ago at the (draft) combine,” Barzal said of Boeser. “Really nice kid. Having a heck of a season so it was fun competing against him. He’s a heck of a player and hope he has a good season.”

But Barzal’s 24 points in 24 games, six goals, impressive speed, puckhandling skills and his ability to create plays have elevated him into the Calder conversation as well. The Islanders’ centerman has also played an intricate role in the team’s newfound secondary scoring this season.

All of that wasn’t lost on the Canucks on Tuesday, which spoke highly of the Islanders’ rookie after the game.

“He’s a very good player, obviously,” Bo Horvat said after the game. “Tremendous skill, tremendous vision and his speed is effective as well. For a young guy to come in and do what he’s done so far is pretty impressive.”

Former Islander and current Canucks coach Travis Green has seen his fair share of skilled players from his days in the NHL. Green, in his first year as an NHL head coach, was also impressed by the play of Barzal on Tuesday night.

For the Coquitlam, British Columbia, Canada native Tuesday night’s showing had a little extra special meaning. With Barzal’s hometown team in Brooklyn to face off against the Islanders, it meant that his friends and family back home would be dialed in for the game.

Barzal even admitted there were some butterflies that he felt during the anthem ahead of the game.

“I know a lot of people from back home are watching so it meant a lot to me,” Barzal said.