Latest On The Trade Front For Oilers 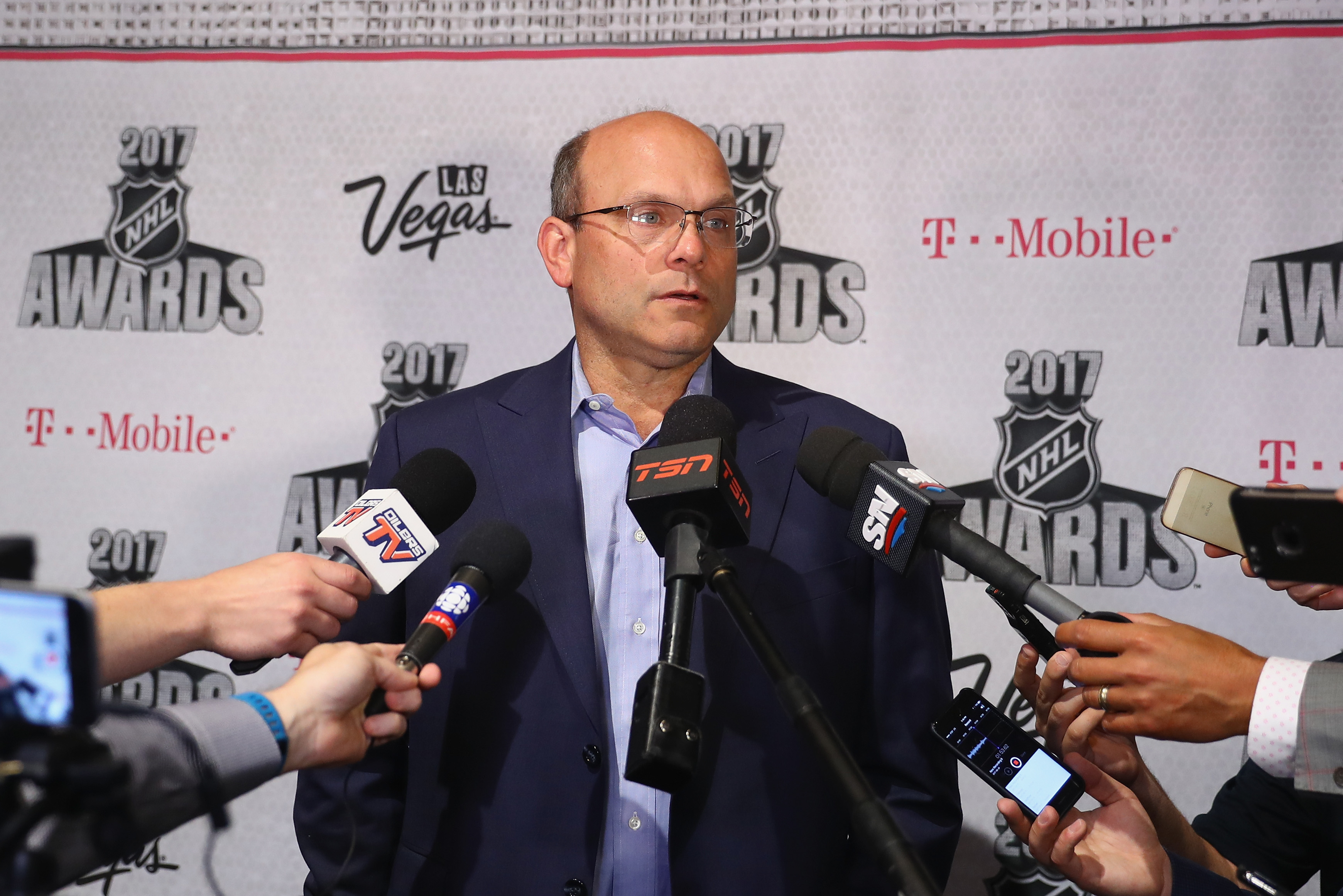 As the calendar gets set to turn to December, the Edmonton Oilers find themselves on the outside looking in when it comes to the playoff race and have some roster holes to fill. General Manager Peter Chiarelli spoke to the media yesterday, and this from Jason Gregor at OilersNation really stood out to me.

He said he still believes in this group, but then quickly added that doesn’t mean he won’t look to make changes. The following quote stood out for me.

“Part of being a GM is deciding what to fix, but also going with your gut and applying some patience.”

I do believe that Chiarelli is out looking for something right now to help his hockey team. He’s already dealt Jussi Jokinen for Mike Cammalleri in an attempt to jump start the offense, and now apparently he is looking at some defensive help, among other things.

Here’s the latest when it comes to the Oilers and trade rumblings.

The Ian Cole situation in Pittsburgh is interesting to watch because he played extremely well for them in the playoffs last season, is a pending UFA and could be exactly what Edmonton is looking for depth wise as Andrej Sekera begins his return. I touched on Cole in a more in-depth way here yesterday.

Like I said yesterday, Cole wouldn’t be a homerun acquisition by any means, but he’s a legit NHL defender who can really help in a depth role. I’d be more comfortable with him in the lineup over, say, Eric Gryba or Yohann Auvitu at this point in time.

On The Boston Bruins:

Jimmy Murphy, a Boston-based writer with good connections around the NHL, posted an interesting tweet a few days ago suggesting that the Oilers and Bruins were exploring the possibility of a Ryan Nugent-Hopkins trade to Boston. After all, Peter Chiarelli has seen the Bruins live a few times, most recently last Friday and Sunday.

Murphy went into detail about the potential trade talks here, and outlined a few different possibilities between the sides. The most interesting thing? That there very well could be a trade between these two, but one of the smaller variety.

Earlier in the season, I was notified via a trusted source, that Bruins GM Don Sweeney had let it be known that Vatrano — who was once looking like he was a potential top six forward in Boston — the struggling forward was available after being a frequent healthy scratch earlier in the season, even as the Bruins were ravaged with injuries. According to this source, “Vatrano to Edmonton for a draft pick” is more likely at this point than say a blockbuster involving Nugent-Hopkins for a roster player and top prospects from Boston.

I touched on Vatrano as a possibility for the Oilers earlier this season here and I still think it would be a great idea. Vatrano isn’t a sexy name, but he’s a player that shoots the puck a ton and has proven at the AHL level that he can score. Personally, I think he needs a lengthy look with a skilled center in the NHL to unlock that scoring. The Oilers have those guys.

The pending UFA and the Oilers have mutual interest in a contract, but I’ve learned that the sides are not close on term or money at this point in time. A contract extension seems less and less likely by the day, meaning a Maroon trade becomes MORE likely if the Oilers fall out of things in the next little while.

Sportsnet’s Elliotte Friedman confirmed as much in his 31 Thoughts pieces yesterday, which I encourage you to read here.

6. Ryan Nugent-Hopkins is the sexy name, but Pat Maroon is the most likely Oiler to be traded if things continue this way. Wonder if hometown St. Louis would be an option. The Blues are looking for scoring depth, and Maroon can give you exactly that.

I’d prefer the Oilers keep Maroon in the fold, but if that can’t happen this kind of trade would absolutely make sense for the Oilers. I’m not sure what the club would look for in return, and I won’t speculate at this point, but it is interesting to ponder.

Friedman, for what it is worth, is the latest insider, joining Bob McKenzie, to hint that the Oilers aren’t interested in moving Nugent-Hopkins.

Obvious title is obvious. You thought the west coast trip was a challenge, the Lightning are 3rd in the league in scoring and 4th in...