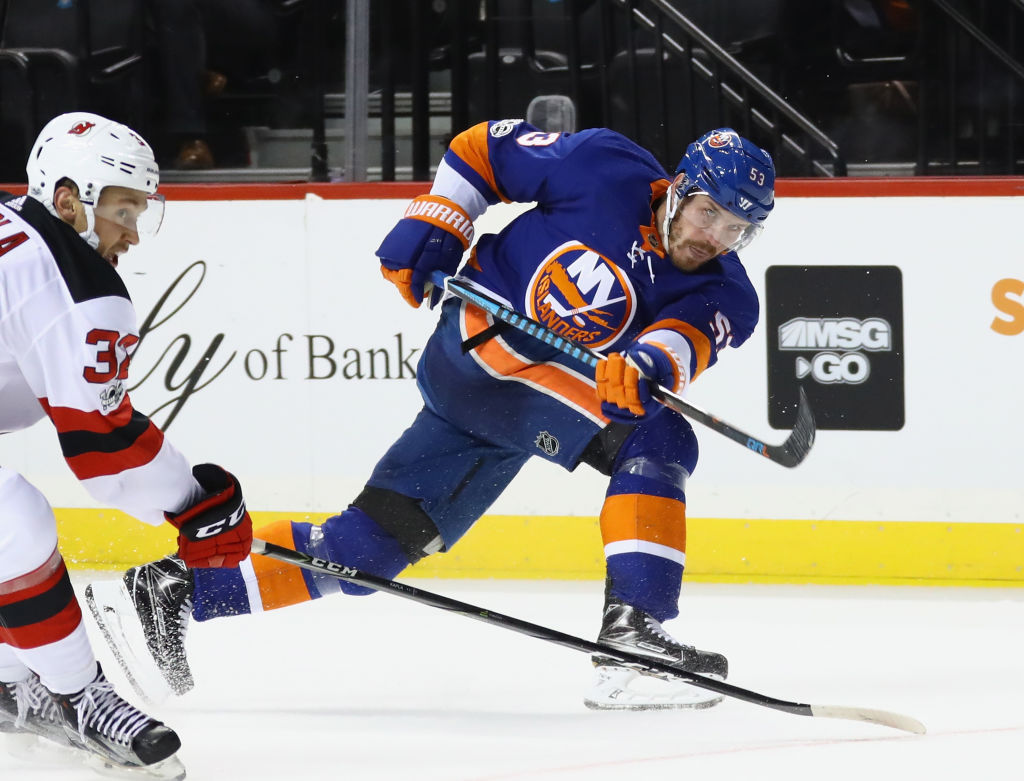 EAST MEADOW, N.Y. — The Islanders will be without Casey Cizikas for the second consecutive game on Friday due to a lower-body injury.

Islanders coach Doug Weight told reporters on Thursday that Cizikas skated before the team’s practice at Northwell Health Ice Center, but was still a little sore and would not play against the Ottawa Senators. Cizikas missed the Islanders’ 5-2 win over the Vancouver Canucks on Tuesday.

“I think as long as you’re getting better every day when you’re injured that’s a good thing,” Weight said. “He’s better than what he was yesterday. We’ll just keep evaluating each morning on how he’s feeling.”

Cizikas left in the middle of Saturday’s win over the Senators in Ottawa. He has appeared in 23 games this year for New York and has eight points (four goals, four assists) in that span.

The Islanders win on Tuesday was the club’s eight of the year at the Barclays Center and extended their regulation undefeated streak into the month of December. New York is the only team in the NHL that has not suffered a home loss in regulation this season.

The @NYIslanders improved to 8-0-2 at Barclays Center this season and are the only team without a regulation home loss in 2017-18. #VANvsNYI pic.twitter.com/Ft4dnKncZO

The exact reason for that remains somewhat of a mystery to the Islanders. Despite all the talk about ice conditions, obstructed view seats and much more surrounding the Barclays Center the Islanders have managed to continue to win in their quirky home rink.

“Maybe it’s tough to play in Barclays,” Anders Lee said when asked about the team’s success at home. “For us, we’re comfortable out there at Barclays. You have your home crowd, all the nuances of the difference of one end being much different than every other rink in the league and stuff like that. All those things, those sightlines are second nature to us now.

“I think maybe as a road team coming into to play in a building like that it’s just different. It feels weird. It’s not what you’re used to.”

The Islanders spent the early hours of the morning at Toys R Us in Carle Place picking out toys for to hand out during their annual holiday hospital visit.

This year the team will make their trip to hospitals across Long Island and Brooklyn on December 18. Despite having to wake up early on Thursday, the trip to Toys R Us was an enjoyable experience.

Rise and shine! It's time for #Isles holiday toy shopping! 🎁🛍

Players and their wives & girlfriends are shopping for toys that they'll deliver to children in local hospitals. 💙 #HockeyWithAHeart pic.twitter.com/Bb8Yuymzov

“It’s always nice when you wake up early and go get the shopping done before the doors open,” Lee said. “Kind of have the store to ourselves, but it’s really nice because a couple weeks later when we go on the visits we’re giving them the gifts we picked out. I think that’s pretty special.

“To see those kids in a couple weeks is always something we all look forward to and just the spirit of the holidays is one we embrace, and all enjoy.”