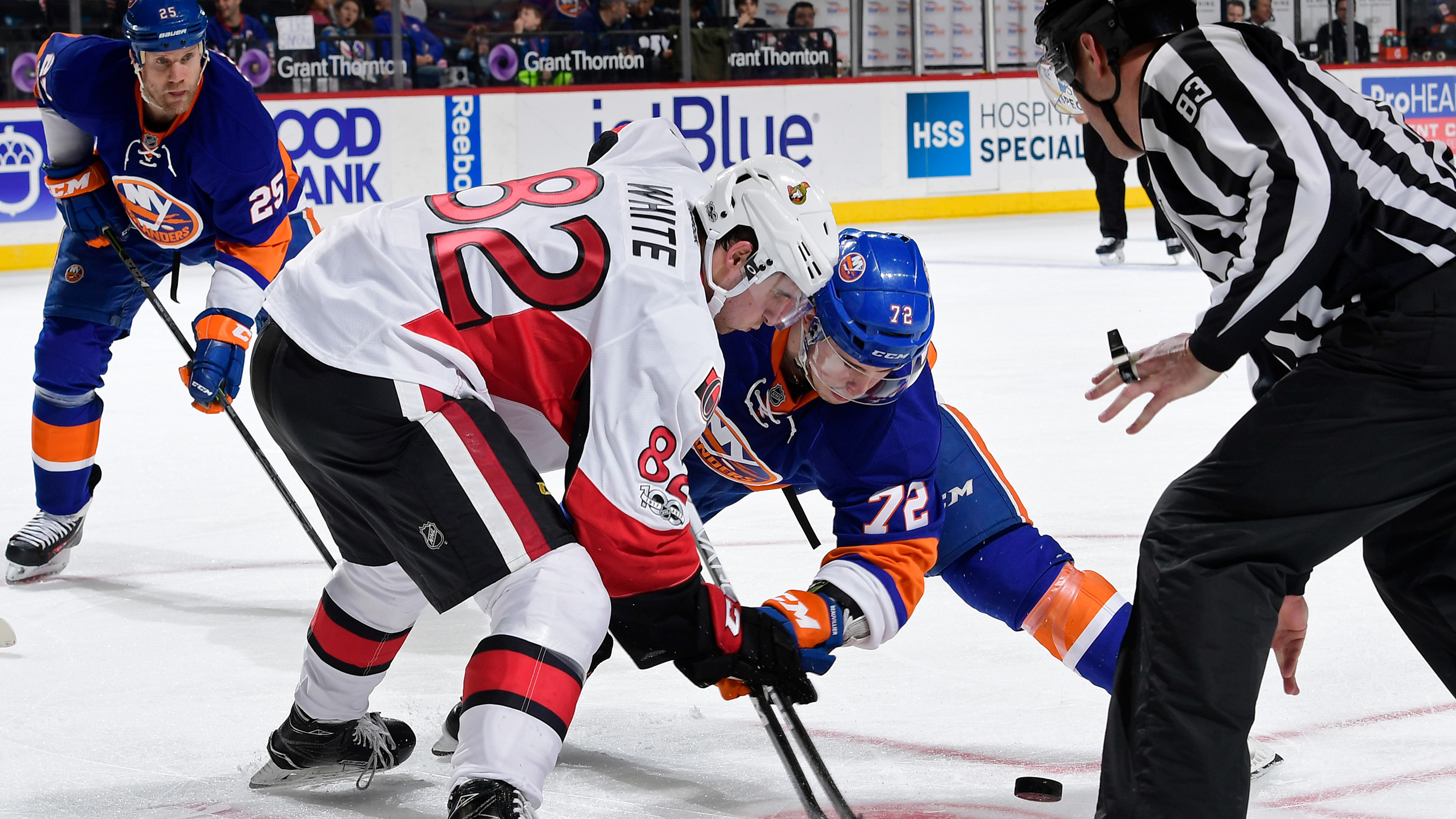 EAST MEADOW, N.Y. — The Islanders will look for their fifth win in a row tonight when they host Ottawa Senators at the Barclays Center. The meeting will be the second between the two clubs in the span of a week.

The Islanders defeated the Sens in a close 2-1 win in Ottawa last Saturday. Anders Lee and Jordan Eberle scored for the Islanders in that previous matchup, while Jaroslav Halak made 31 saves and snapped a personal three-game losing streak.

Tonight, Islanders head coach Doug Weight has opted to start Thomas Greiss in net and made two changes on the defensive end. Ryan Pulock and Dennis Seidenberg will return to the lineup, while Scott Mayfield and Thomas Hickey will serve as healthy scratches.

The forwards will remain unchanged with Cizikas still dealing with a lower-body injury. Cizikas did skate this morning prior to the Islander’s optional morning skate at the team’s practice facility. He did so yesterday as well.

“It’s just an injury where he’s got some pain,” Weight said. “It will progress as it progresses. I think doc warned me it’s in an area you might have some difficulty, not just with pain because I think he can handle that, but it’s the strength that comes through your legs.

“He went out and skated. Looked pretty good today, so I’d imagine once he gets over that hump I’m hoping for good news early next week.”

Despite the absence of Cizikas, the Islanders have continued to roll. New York sits in second place in the Metropolitan Division and has won four straight contests.

The Islanders also remain as the only team without a regulation loss at home this season and, having faced Ottawa just six days ago, they have an idea of what to expect coming into tonight.

“I think whats nice is your familiar right away,” Anders Lee said. “You can go back one game, two games and see what exactly went on. Not a lot of things have changed for them and it goes the same for us. Guys in the lineup, stuff like that. Systems-wise you’re pretty much running the same stuff, but it’s just a quick adjustment because you did just see them.”

The Senators did not hold a morning skate, but Ottawa head coach did announce that Craig Anderson will start in net tonight and Thomas Chabot will be in the lineup in place of Ben Harpur.