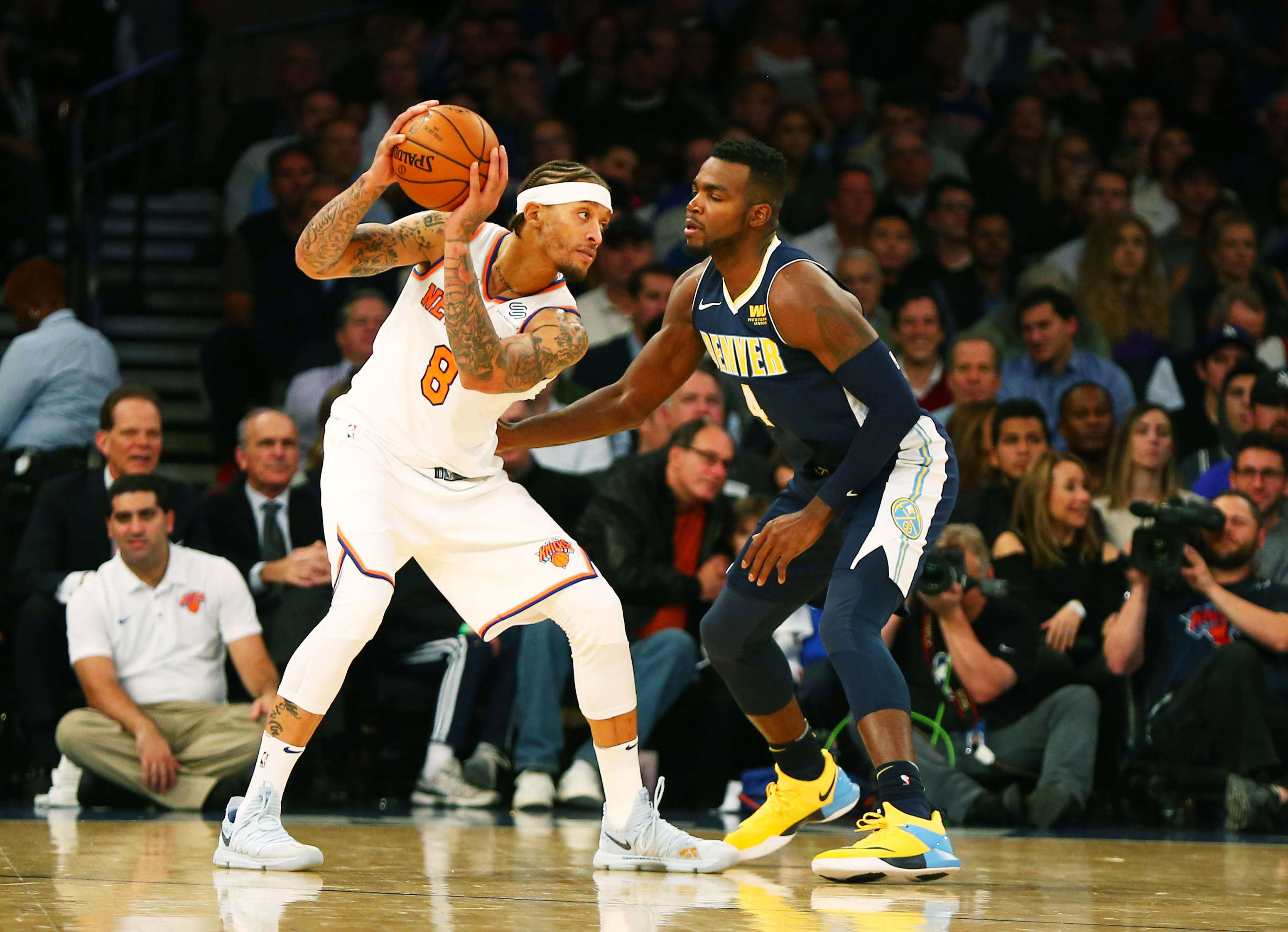 Despite not having played since Wednesday evening, the Knicks went into Sunday’s game against the Magic without its top two offensive options. Kristaps Porzingis is still recovering from turning his ankle against Miami, and Tim Hardaway Jr. is dealing with what the team is calling a “stress reaction” in his left leg. Both will also be out against the Pacers on Monday, so it’s safe to say the team will need to learn from its mistakes following Sunday’s loss to the Magic relatively quickly if they have plans to bounce back.

Alas, the 105-100 loss appears much closer by the score than it actually was. Without Porzingis and Hardaway Jr., the Knicks struggled to find its identity on the court. The group looked rather sluggish from the opening jump, and it was clear players weren’t prepared to step up offensively in the absence of the team’s primary options. There was a slow pace, low energy, and too many meaningless passes without the necessary aggressiveness from any one or two players in particular to shoot from the perimeter or take it to the hole. For a long while, there wasn’t anyone in particular who wanted to look for their own offense.

New York allowed Orlando to jump out to a double-digit lead in the first quarter, creating an immediate hole to climb out of.  Nikola Vucevic took advantage of a weakened Knickerbocker front court, easily having his way inside and getting to the charity stripe rather seamlessly. The center was a dominating force, leading his team with 34 points and 12 rebounds and did so while sinking all 7 of his shots from the free-throw line. As the Knicks looked around, they faced a deficit without anyone eager to match Vucevic and Co.’s firepower.

Michael Beasley led the way with 21 points for New York, but he committed 5 turnovers and 4 fouls, including one demoralizing one on the offensive end midway through the fourth quarter. Such a failure to score (and the subsequent change of possession) shifted the momentum and seemingly put a halting stop to any hope New York had to successfully mounting a comeback. He also made an insensible play, holding the ball for nearly 8 seconds with just over 13 remaining and his team down only three. The team let the victory slip away.

It wasn’t until the second half that Enes Kanter seemed to come alive, fighting his way under the basket and effectively using his pump-faking ability to get an array of buckets. Successfully cleaning up the glass yet again, Kanter added 18 points and 16 rebounds but his efforts were too little, too late. Courtney Lee scored 19 points, but appeared to be wincing in pain throughout the contest. He looked visibly exhausted. Despite converting an exciting 4 point play, Doug McDermott was covered very well as Orlando limited the Knicks’ ability to space the floor. He added just 4 points, and Lance Thomas missed all three of his shots from downtown. Needless to say, the Knicks failed to get it going early on and that gave way to an unfortunate defeat.

If the team wants to find its rhythm in Indiana, they’ll need to set screens and run plays to get McDermott and some of this group’s other sharpshooters open and involved. Coach Jeff Hornacek needs to help his team identify go-to guys in the early goings of the contest. Otherwise, players will look lost and lack aggressiveness.