The Next Masked Man In Edmonton 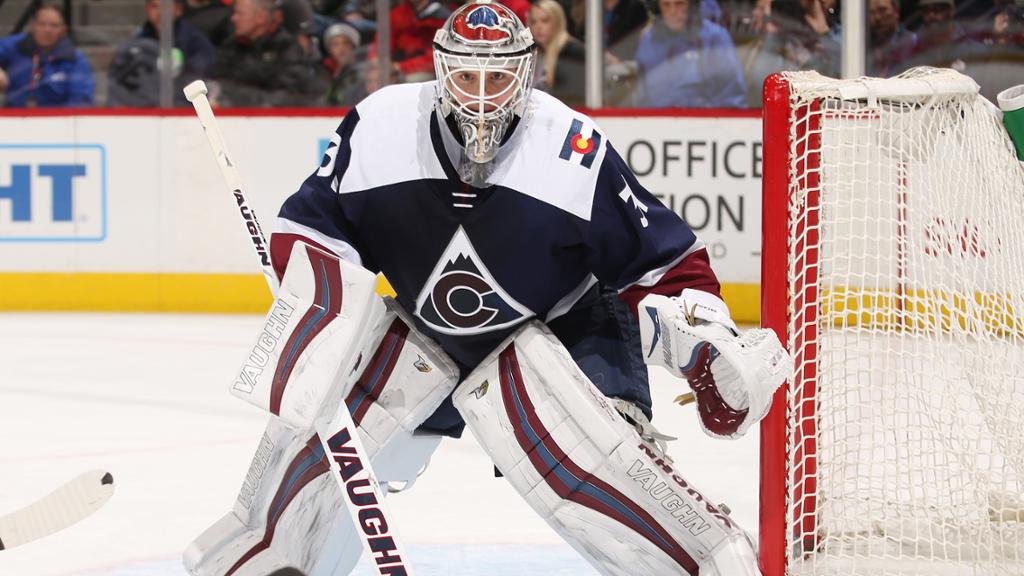 The Next Masked Man In Edmonton

Cam Talbot is eligible to come off the IR tomorrow, but as we all know that won’t be happening. Talbot is expected to miss at least two weeks for the Oilers, but some reports have him out closer to four. If it is going to be four weeks, then the Oilers need to add a goaltender if they hope to salvage the season.

After Saturday night’s debacle in Calgary during the third period, the Oilers organization has likely run out of patience with Laurent Brossoit. Todd McLellan is extremely reluctant to play him when Talbot is healthy, and now LB has allowed at least five goals in three of his last four outings. He’s playing well below NHL-level right now, and I don’t think he can be trusted at this point to hold the fort.

LB has played in eight games this season and has a 1-4-1 record with an .872 SV%. Those are not the kind of numbers an NHL goalie should post. When you look at the goals beating him, the numbers look even worse. If Peter Chiarelli is serious about turning the season around, he needs to find another option behind Cam Talbot.

So, obviously you aren’t getting another team’s starting goaltender during the season. That just isn’t happening unless it is the deadline and the goalie is a pending UFA on a team with another option (See Ben Bishop in Tampa last year). That narrows our search down quite a bit.

Tuukka Rask, Boston Bruins: There is no chance Rask gets moved mid-season, but the Bruins aren’t happy with him and I believe they would be willing to deal him if the right deal came their way. That said, I think they’d still expect legit assets back and there is just no way the Oilers could fit Rask’s contract in the budget. Tuukka is 5-8-2 with a .906 SV% this season.

Andrew Hammond, Colorado Avalanche: It’s quite clear that Hammond isn’t in Colorado’s future or present plans. After being acquired in the Matt Duchene trade, the Avalanche elected to leave Hammond with Ottawa’s AHL affiliate in Belleville. Hammond is 6-2-2 with a .917 SV% in the AHL this season and is in the final year of a deal that pays him $1,350,000 per season on the cap.

Reto Berra, Anaheim Ducks: The odds the Ducks help the Oilers? Slim. That said, if Edmonton offers an enticing enough asset, the Ducks could be inclined to move the veteran netminder. Berra is currently in the AHL with the San Diego Gulls but has only played in four games. He is 2-2-0 with a .907 SV% in the AHL and is 1-1-0 in four NHL appearances this season with a .932 SV%.

Calvin Pickard, Toronto Maple Leafs: After being selected in the expansion draft by Vegas, Pickard was shipped to Toronto in an early season trade and has spent the duration of the season in the AHL. With the Marlies, Pickard has a 6-2-0 record with a sparkling .933 SV%. Pickard played in 50 NHL games a season ago and went 15-31-2 with a .904 SV% behind a putrid Colorado squad.

I suspect Peter Chiarelli is going shopping as we speak for a goaltending option while Talbot is out. Personally I’d go for Calvin Pickard, but I suspect Hammond is the target. I think both are upgrades over Brossoit, and I believe both would be fine backups behind Talbot when he returns later this month.

In terms of assets out, Ryan Rishaug mentioned Anton Slepyshev yesterday. I wouldn’t be willing to move Slepyshev for either Pickard or Hammond, but I suspect the Oilers are going to be forced to overpay if they end up acquiring a goalie. It also appears as if Slepyshev has fallen out of favor with coach Todd McLellan, and it is quite obvious that Peter Chiarelli is willing to deal him.

The likely price is Anton Slepyshev here, and I suspect Laurent Brossoit would eventually find himself on waivers should a goaltender be acquired.

We wait, should be interesting.