Your Afternoon Dump... Where we gush about Tatum & laugh at LaVar 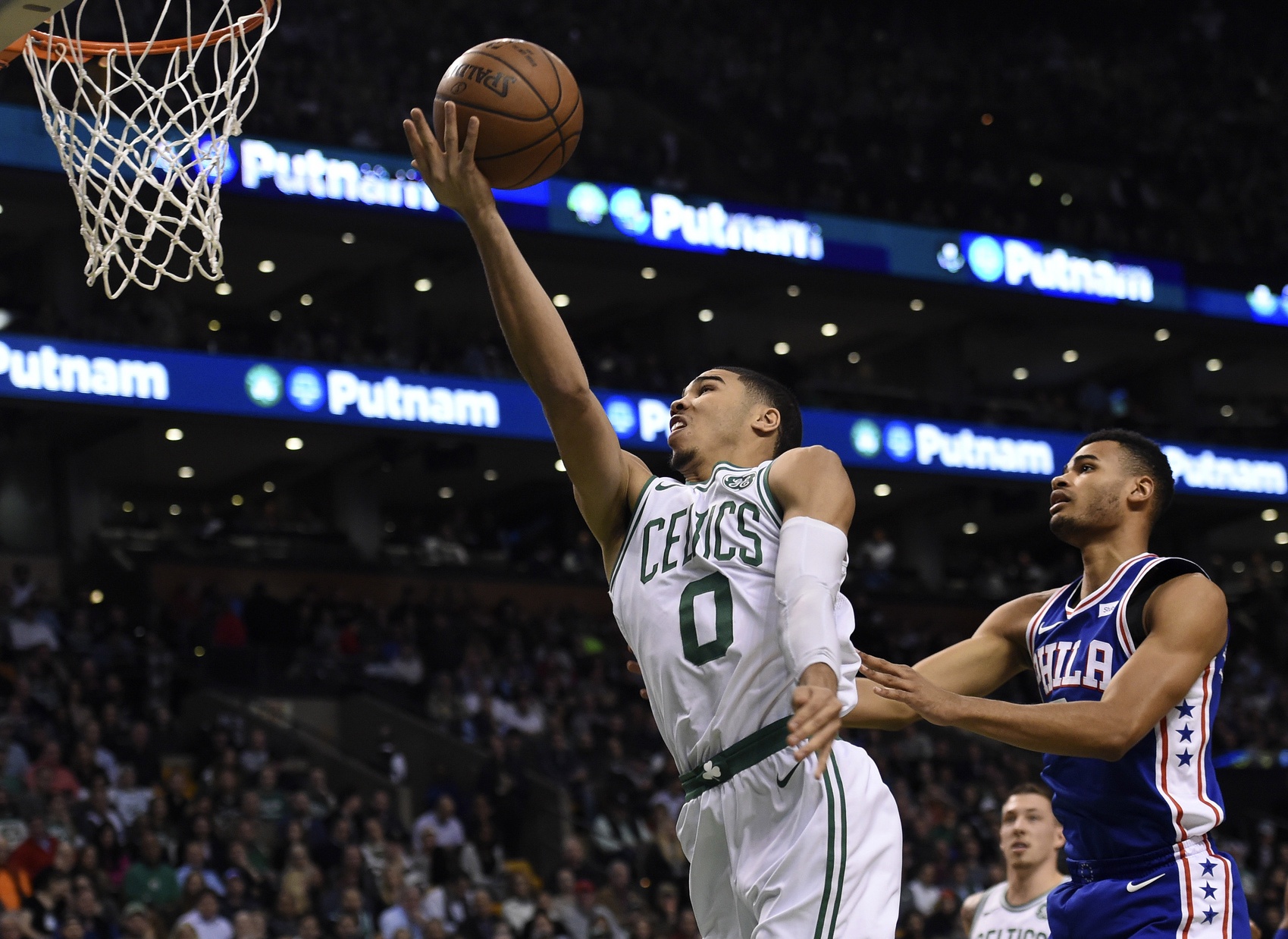 Your Afternoon Dump... Where we gush about Tatum & laugh at LaVar

Tatum’s poise, consistency and, most of all, immense talent, have helped vault the Celtics to the top of the NBA with a 20-4 record. He has been such a force that it is no longer necessary to simply compare him with his peers in his rookie class. It is fair to say that he has been one of the better players in the NBA this season.

“He’s a maturing individual,” Celtics guard Kyrie Irving said. “And he’s mature beyond his years. And especially out on that basketball court, he has the ability to get to open spots and make timely jump shots, as well as make drives to the basket that are kind of uncanny for a young player.”

“It’s great. He’s very comfortable. He’s not making a bigger deal than it is,” said Horford. “He’s just going out there and playing basketball. He has a lot of confidence. He’ll continue to get better, and he’s been getting better since the first game of the season. I’m looking forward to what’s ahead with him.”

What the rookie has already revealed has buoyed the faith of his coach.

“He certainly has always been a guy that’s been capable of scoring. That was something that you knew coming in — that was, everybody you talked to and watching him it was pretty clear that he was always going to be able to score the ball,” said Brad Stevens. “Doing so at that moment, you never know exactly how guys will to react to that, but he has a great balance — he’s got a good fearlessness, he’s got a great demeanor, and he’s obviously extremely skilled.”

Herald: Even late in games, rookie Jayson Tatum takes over for Celtics

There isn’t much more that we can say about Tatum at this point. We are all very impressed with the early returns, and excited for his future.

He’s cool under pressure. The weaknesses we thought he’d have coming into the season haven’t materialized at all. If anything, we’re asking the kid to take more shots.

Personally, I’m not pushing for that too hard for that. I like that he’s taking the offense that’s coming to him rather than being overly aggressive and pissing off the veterans. If anything, I’d like the Celtics to get him more shots just by taking more shots per game. They’re averaging 83.8 field goal attempts per game… 23rd in the league. I’d like to see them play at a higher pace, which would probably give Tatum a few more cracks at the basket.

Of course, nine shots per game doesn’t feel like enough for Tatum but when you look at the shot distribution, only Kyrie Irving is taking more than 12 per game (he’s taking 17.5). We can say “Tatum needs to take 15 shots per game” and that wouldn’t necessarily be wrong in a vacuum but there are five guys getting between 9.2 and 11.8 shots per game. This is who the Celtics are right now.

For now, I’m content that Tatum is who he is. He’s a key piece on the NBA’s current best team. He’s closing games, hitting clutch baskets, and making most of his shots.

Consider looking at Tatum this way: this is very likely the worst basketball he’ll play over his career. If his career takes a normal trajectory, he’ll one day improve and become an even better all around player.

This is his baseline. He should only grow from here. And THAT’S more exciting than anything he’s done on the court.

In what many employees at Staples Center view as the “LaVar Ball rule,” this season the Los Angeles Lakers are enforcing “an existing policy” that no longer allows members of the media to congregate in a section of the arena among family and associates of players after games.

Family, friends and agents wait for players in the seats behind the basket closest to the visiting team’s locker room at the conclusion of games. Interviews conducted in that designated area and near the tunnel leading to the arena corridors are now forbidden.

In prior years, media socialized and, at times, interviewed individuals in that sector without interference. If a media member is recognized in that area now, arena security or Laker staffers direct that he or she leave the area.

I don’t know how long this will last, but this is just a great side dish of Schadenfreude to go along with the Celtics main course.

As the Celtics live life atop the standings with a quiet, humble rookie, the Lakers have lost five straight games and are instituting rules to keep their lottery pick’s loudmouth father from getting even MORE press.

Let’s be clear… it’s definitely LaVar that’s the issue here. I’m all for letting Lonzo grow into his NBA role. No matter how much he’s struggling (and he is, mightily), he does have the potential to be special in this league.

I think this sums it up perfectly:

Sure, Ball hasn’t been the instant success Los Angeles had hoped for after drafting him No. 2, but the argument on behalf of his play could be as simple as this: He is a rookie playmaker logging heavy minutes. “I don’t really care [about the criticism]. I’ve got to just keep shooting and improve every game,” Ball said recently. “It’s amplified because it’s the NBA.”

Not exactly; it’s amplified because the bluster coming from his father-turned-celebrity has left him ripe for ridicule. While LaVar has been happily gaming the hot-take media, he has also sown an undeniable distaste for Lonzo among a chunk of the public. And though he has tried to downplay his father’s absurdity, laughing off comments and refusing to answer for everything LaVar says, Lonzo has become an easy target by proxy—even before his dad’s feud with the President.

Let that all sink in.

Lonzo is an avatar for the LaVar hate and that’s not entirely fair. It’s exacerbated by the fact that some people think Lonzo invented the idea of passing every time he drops a nice dime for a teammate.

Lonzo’s passing is special, for sure. He’s also not playing well at all and the Lakers are mired in a losing streak. On most rebuilding teams, that’s ok. On the Lakers, it’s a portal to hell.

LaVar is holding the door to that portal open. The team has clearly had enough of his antics and they’re taking steps to dial it back.

I’m really enjoying the view from this coast. Everyone just looooooves Jayson Tatum’s game and is thrilled about what he’s going to become. Lonzo may become great too, but he’s having big problems at the moment and it’s driving his father nuts. It’s the worst-case scenario most people feared when it came to drafting Lonzo.

For long-time Laker-hating Celtics fans watching Los Angeles start to circle the drain while we own their pick (if it lands 2 through 5)… this is about as good as it could get at this point in the season.

Related links: BSJ (subscription): The odds of the Celtics landing the 2018 Lakers pick are about to improve