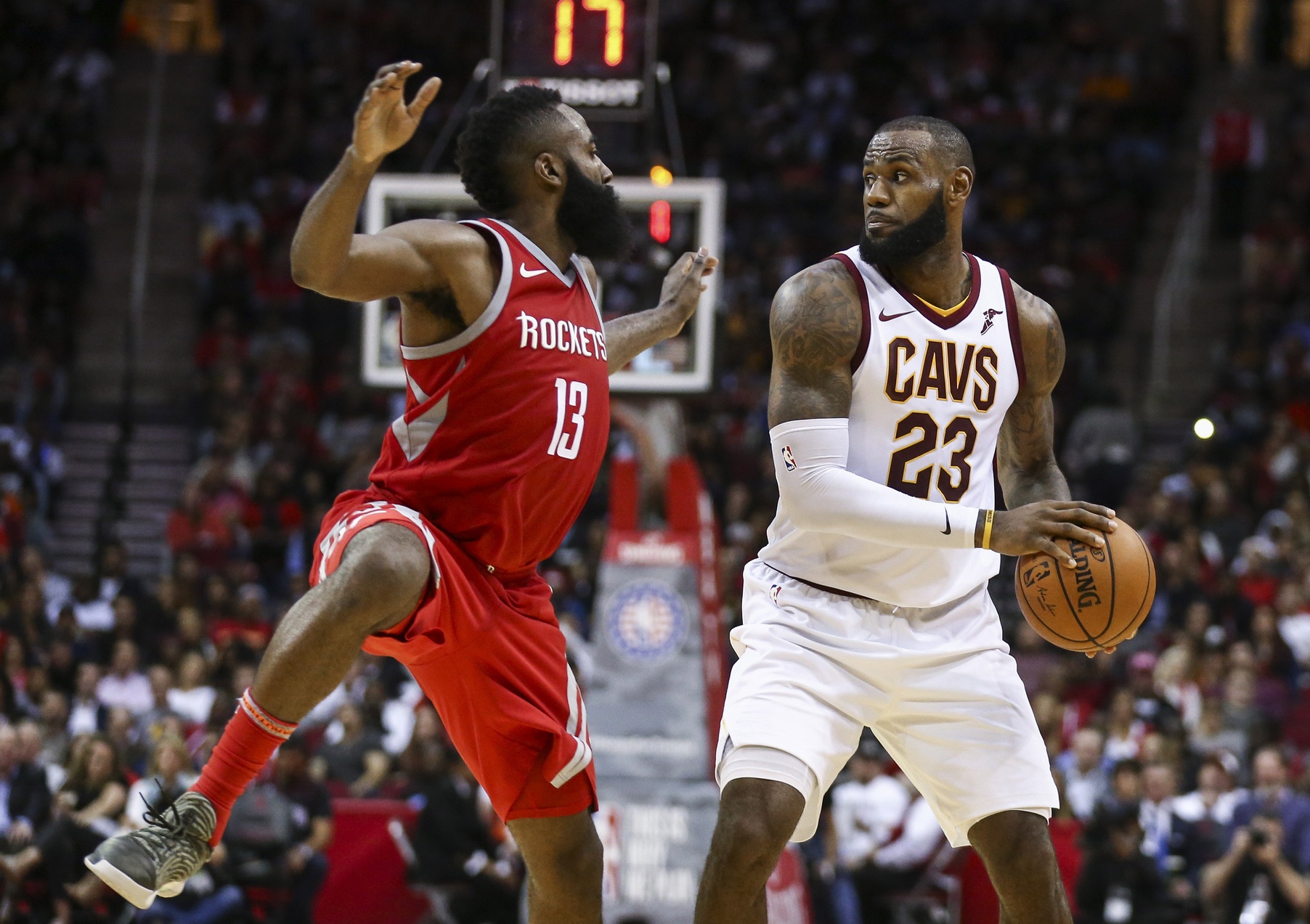 At 18-4, the Houston Rockets own the best record in the Western Conference. The combination of James Harden and Chris Paul is pulverizing the opposition, and this club looks like one of the few that’s capable of dethroning the Golden State Warriors. If that doesn’t happen in 2017-18, maybe LeBron James will join forces with Harden and Paul over the summer to create yet another Big Three. It’s not as crazy as it sounds.

Previous posts dedicated to looking at potential winners of the upcoming LeBron Lottery focused on James accepting a new role as he enters his mid-30s and beyond. While joining Philadelphia and San Antonio would represent opportunities for LeBron to spend far less time as the ball-handler in the pick-and-roll, the Rockets would essentially allow him to drop that act entirely — to kick it like a bad habit. If the Rockets were to somehow snag James in the summer of 2018 while retaining Paul, LeBron would basically be committing to a completely new style of play in which he might operate exclusively as the screener.

That alone would be utterly fascinating, watching James transform himself into a screen-setting, rim-running, pick-and-pop extraordinaire. Imagine being subjected to constant two-man attacks featuring Paul and James or Harden and James. Or an old-fashioned three-man weave. Houston’s offense is already among the most high octane in NBA history. Adding a savant like LeBron could break basketball as we know it. It’s possible that those who think Golden State is flashy ain’t seen nothin’ yet.

Even if you have your doubts about whether Daryl Morey could move Ryan Anderson and his $20 million per year deal (through 2019-20), Eric Gordon’s $14 million per year deal would likely be a lot more tradable. Hypothetically speaking, if Gordon’s salary was essentially absorbed by a team with ample cap space, the Rockets would have $66.9 million on the books — with Chris Paul, Trevor Ariza and Luc Mbah a Moute entering unrestricted free agency and Clint Capela becoming a restricted free agent. Capela has come a long way, and he has the size, skillset and experience to demand a lucrative deal. This will not be a situation like we saw with Nerlens Noel in Dallas, where he was eventually forced to swallow his pride and accept a one-year qualifying offer. Capela will get paid by someone. And the Rockets should be sure to match. That puts the pressure on Morey to make things happen before re-signing Capela. If Houston isn’t opposed to paying a steep luxury tax bill, it won’t be impossible for Morey to add James while bringing back each of those aforementioned free agents (Paul, Ariza, Capela, Mbah a Moute).

It goes without saying, but that’s a scary core of players if Paul and James are willing to take pay cuts. Add veterans like P.J. Tucker and Nene to the equation and it’s also a deep rotation. Flamethrowers like Anderson or Gordon would be missed at times — perhaps the latter more-so than the former — but obviously they become expendable if there’s a chance for King James. A starting lineup of Paul, Harden, Ariza, James and Capela would strike fear into the hearts of most foes, and the depth of grinders who could play defense and drain treys coming off the bench would be no joking matter.

Maybe Paul ends up leaving and James takes his spot alongside the same core of players they have today. Maybe these Rockets break through and win the championship this season, leading James to rule them out altogether. We may find the outlook on the league is much different than we thought it would be by the end of the 2018 NBA Playoffs, or things might go “as planned,” so to speak. But either way, LeBron James will be a free agent, and only a handful of franchises will have any glimmering hope of securing a meeting with the man (…the myth and the legend). And Houston will almost certainly be one of them.