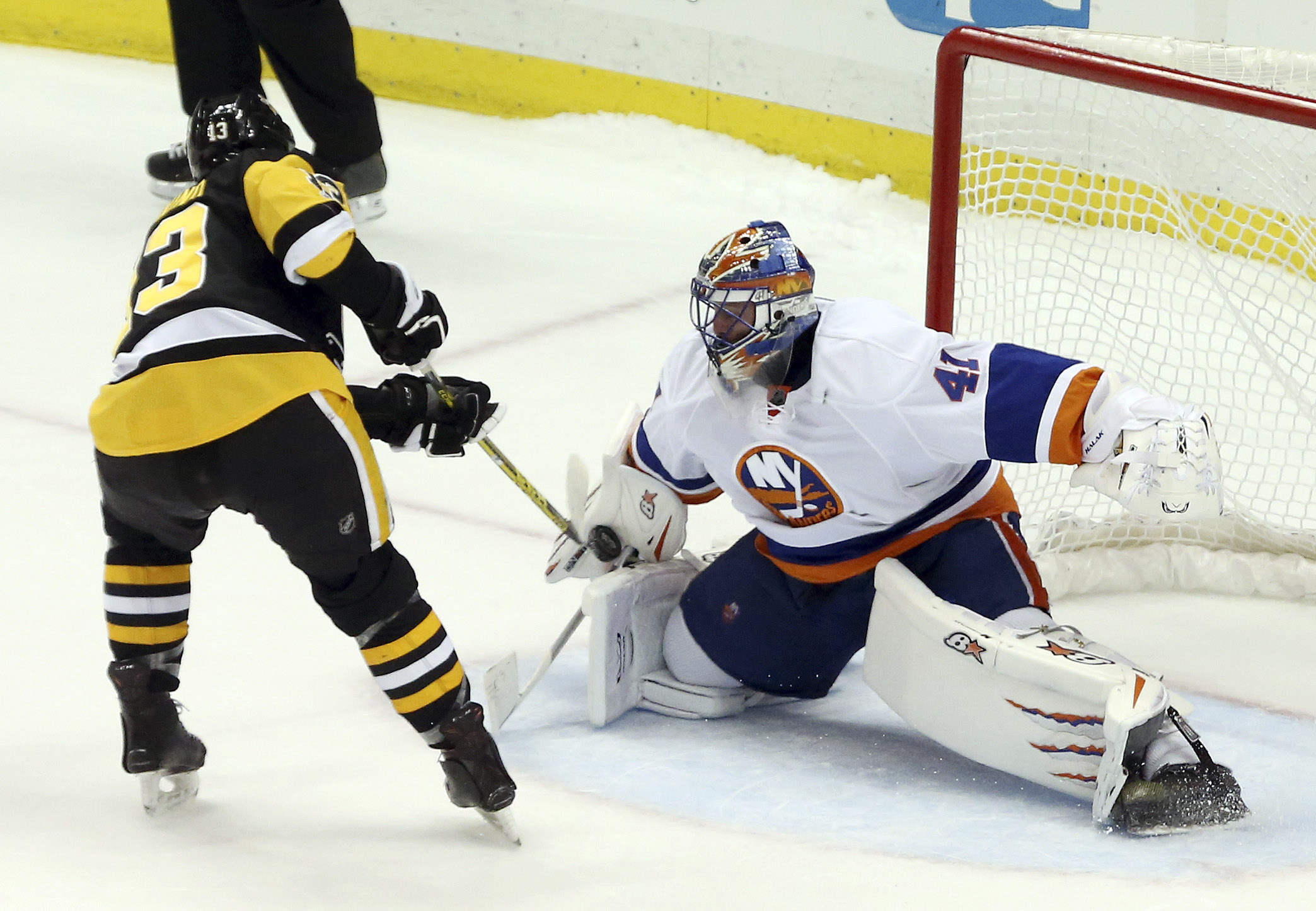 The Islanders will look to bounce back from a 6-2 loss to the Tampa Bay Lightning on Tuesday when they battle the Penguins tonight in Pittsburgh.

It will mark the first time that the Islanders will face their division rival in the Steel City this season. New York went 2-1-1 against Pittsburgh in their last four meetings, which includes a 4-3 shootout win over the Penguins in their most recent road meeting.

The game against the Penguins comes on the heel of a tough loss the previous game in Tampa Bay, which saw the Islanders surrender six goals against. New York has not gone back-to-back games this season without picking up a point and they will look to continue that trend.

That could be a challenging endeavor with the Penguins having gone 6-1-1 in their last eight games against the Islanders at PPG Paints Arena. The Penguins, which are coming off a 5-4 loss to the New York Rangers, have also not lost consecutive games to Metropolitan Division teams since December of 2015.

The Islanders will look to break that trend and pick up an important two points in the standings. Head coach Doug Weight will send Jaroslav Halak to guard the net and fend off the Penguins offense. Pittsburgh head coach Mike Sullivan will tap Tristan Jarry for his fourth consecutive start.

Halak was in net on Monday night, when the Islanders defeated the Florida Panthers, 5-4. Halak made 39 saves on 43 shots. It was not a stellar performance from the Islanders netminder, but it got the job done and Halak came away with the big saves when he needed to.

The Islanders will also have Casey Cizikas back in the lineup. The Islanders’ forward had been sidelined for several games and was placed on IR retroactive to November 25 last Sunday. Thomas Hickey will also be in the lineup for tonight’s game in Pittsburgh, while Alan Quine and Johnny Boychuk will be due to injury.

The Penguins are also dealing with an injury of their own. Justin Schultz is out and Pittsburg recalled defenseman Frank Corrado. They have also been without injured starting goaltender Matt Murray.

I said it before during the weekly preview and I’ll say it again: the Coyotes are REALLY bad.  How bad are they?  Their losses (regulation...